Farewell to talk of “outsiders.” 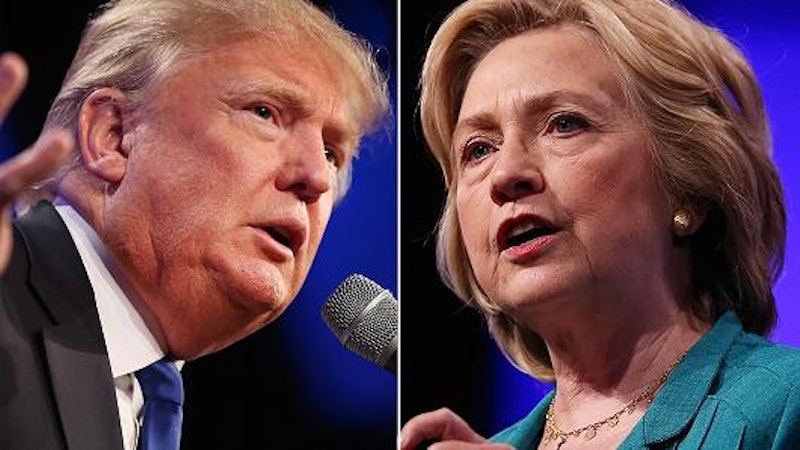 Short-term developments change the narratives people tell themselves about the long-term. After Super Tuesday, with Donald Trump and Hillary Clinton the likely presidential nominees of their respective parties, several stories about what this campaign season “means” will be retired quickly.

For one thing, as Bernie Sanders fades, all that talk about this being “the year of the outsider candidate” goes away. The press will always support the Democrat in the end, pretenses of objectivity notwithstanding, and it does Clinton no good now to remind Americans that we love rebels and non-politicians. That could help Trump.

So, we’ll suddenly lurch back into vintage 90s/00s media mode now, with very pleasant talk about “progress for women” and lamentations about “hateful rhetoric.” Trump should be easy to defeat in that context, and even most Republicans will say he deserves his fate. (This assumes no big surprises such as a Clinton indictment, but that’s not likely to happen no matter what.)

Contrary to what (Boomer-era-forged) Clinton thought, no one bought her idea that females are by definition “outsiders.” That tack didn’t win her support from young women in New Hampshire, over 80 percent of whom went for Sanders. So, in this feminist, un-oppressed century, other arguments will have to be deployed. In an amazing U-turn, then, the press and pundits will now praise stability and continuity and a proven political track record—very conservative stuff (that helps Clinton)—and warn against unreliable, chaotic, volatile personalities (Trump).

I was worried about neoconservatives drifting toward Clinton even back when I hoped the Republican nominee might be libertarian Rand Paul. Now, with Clinton hawkish and Trump just plain unpredictable but sometimes surprisingly dovish-sounding (not to mention conspiracy-theory-minded) on military matters, the neoconservatives will flock in even larger numbers back to the Democratic Party whence their ideological forebears came a half-century ago. And the result of their absence will not be, as some of us once dreamed, a less authoritarian Republican Party, just a lost election.

The reaction of some of Trump’s surlier supporters to defeat should be interesting. Sociopaths love “winning” and instinctively hate “losers.” It is the only metric they know, the only thing that instinctively moves them. They don’t think the rest of us can see that they are predatory animals missing a part of their souls. We see. We recoil.

For those of us still hoping to aim higher, at least the next couple months bring preparations for the comparatively civilized, tiny (and early) Libertarian Party nominating convention, which I hope more disillusioned—and even establishment—Republicans will now take a serious look at.

The most likely nominee, Gary Johnson, is a likable and respected former two-term governor of New Mexico and was seen as something of a liberal Republican then for his promotion of medical marijuana—but also gently warns against sharia law and loves capitalism, so the right has no reason to dismiss him. You wanted a smart, independent, alternative candidate but, crucially with a built-in national, state-by-state party structure (something, say, Mike Bloomberg doesn’t have)? You got it. Get to it. Gary Johnson as the real system-changer: if not now, when?

Let’s not waste too much time inventing imaginary new third parties, either, as libertarian law expert Randy Barnett perhaps has with his talk of an American Constitution Party, when we already have a Libertarian Party and only eight months to do something with it. (Who does Barnett think he is adding imaginary extra parties to an already woefully divided field, Thomas Friedman?)

Please acquaint yourselves with alternatives to Clinton and Trump prior to November, America.