Why the good doctor is hard for a liberal to resist. 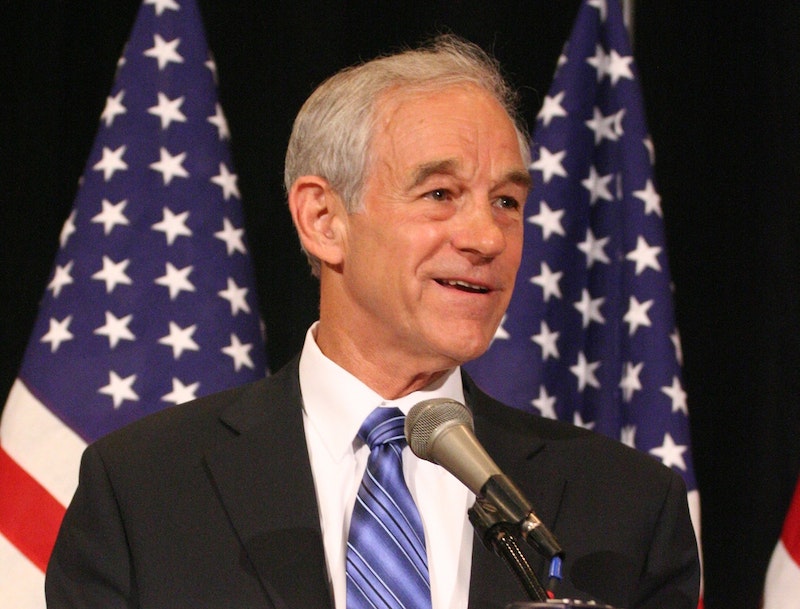 That logic still holds good, with one caveat. Suddenly, and to my surprise, it looks like Ron Paul could win this thing. And I prefer Paul to Romney. Not only that, in certain dark moments, I prefer him to Obama.

Paul's downsides are clear enough. He's certainly a model of balance and stability compared to the blustering inflatable ego that is Newt, or the walking lobotomy that is Rick Perry, or the frothy lube of hate that is Santorum. But if you're not grading on a curve, Paul is a little loopy. He didn't quite say that government should let the uninsured die in the streets , but he was far more torn on the issue than you would like a physician to be. His vow to cut 1 trillion in federal spending in his first year in office in the middle of a withering recession sounds like a libertarian suicide pact. Moreover, it's a libertarian suicide pact that would affect my life directly. My wife works at an agency that provides services to local governments; a 1 trillion cut would devastate already reeling municipal finances, and would quite possibly put her out of a job. Which would end our health insurance. Giving us and our child the chance to (Dr. Paul willing) die in the streets if we happen to get a bacterial infection.

So, given that there is a non-negligible chance under a Paul administration of a Great Depression that will make the last few years look like a Gilded Age , what could make me vote for him? What seductive, siren brawk issues from that thin, sinewy, chicken-like frame?

Four years ago, I voted for Obama on basically those grounds. He came into office declaring that he thought that endless war in Iraq was a bad idea. He said he would take civil liberties seriously. He even intimated that he would be less idiotic about our endless drug war. And what do we get instead? A war in Libya, Afghanistan ramped up, a pledge to assassinate American citizens if the executive feels like it, and the usual drug war crap.

I'm not completely disappointed with Obama's presidency. We didn't invade Iran, which pleased me; he's winding up the war in Iraq; he pushed through a health care bill which, while not perfect, was a major positive step.

But it's clear now that Obama is not the man to challenge the consensus of oppression, either at home or abroad. Even with an economy in crisis, he would rather prosecute multiple wars abroad and throw harmless people in prison at home than patch the gaping holes in our woeful social safety net. Whatever his personal opinions (if he has any), the political calculus is the political calculus. He knows that the left has nowhere else to go. He can be very belligerent indeed and be less belligerent than the idiots in the other party who want to nuke Iran yesterday. The best political position for Obama, then, is to be just one iota less of a thug than the Republicans.  As long as he does that, who will challenge him?

Nobody…except Ron Paul. If Paul wins the nomination, we would actually have a presidential election in which the majority of people in the country who would like to stop randomly invading sovereign nations would have a voice. We'd have a presidential election in which we could actually debate our insane drug laws. I have to admit, I have trouble imagining what such an election would look like, but I would very much like to find out.

I'm not saying I'd necessarily vote for Ron Paul against Obama.  It would really depend on the campaign.  If, for example, the 76-year-old Paul picked Sarah Palin as his running mate — or even Newt Gingrich — that would make a big difference.  If Paul stumbles into racism, as he seems to have in the past, that would matter too. But if, on the other hand, Obama tried to run to Paul's right on a platform full of demagogic, fear-the-Iranians nationalism — well. Paul doesn't exactly have my vote for the general now. But he could win it.