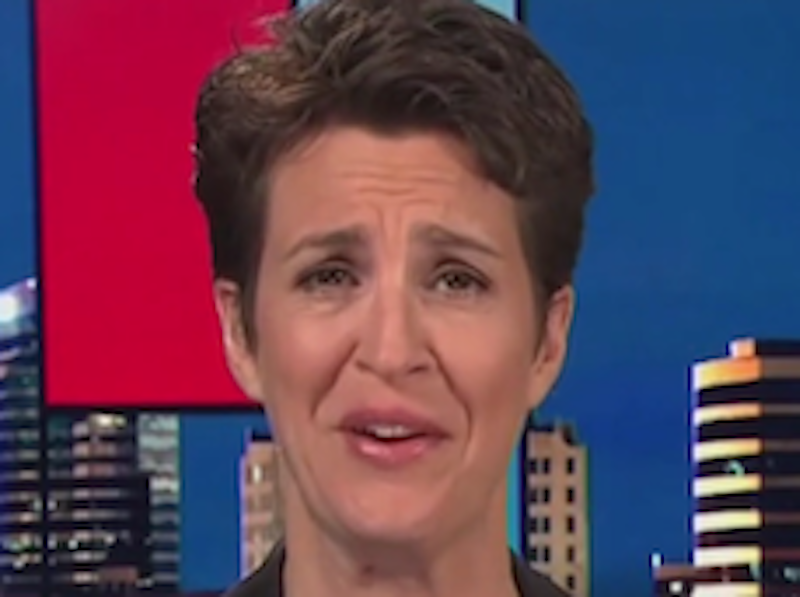 The liberal establishment’s reactions ranged from sorrow to outright denial when the Mueller Report turned up little evidence of the Trump team colluding with Russia. The right crowed that it was a complete exoneration of their Teflon Don, strongman hero of Great America. But there were sane reactions to the Report as well. Let’s briefly rank reactions, then, not from left to right but from most-sane to least-sane.

It’s interesting (but will likely be forgotten by most of the electorate soon enough) how many hard-left writers, as opposed to liberal-establishment (that is, Democratic Party) ones, have been saying the whole Russia thing is a witchhunt for a while now, denouncing the centrist Dems for pushing the issue.

Michael Tracey, Matt Taibbi, The Nation, Glenn Greenwald, and several others haven’t been muted about the Russia suspicions, haven’t merely been more cautious than the mainstream Dems, but rather genuinely enraged at the press and Dems for continually hyping this issue with little evidence. The real left laments the Russia-collusion monomania distracted America from more serious and substantive criticisms of Trump that should’ve been under discussion.

Many a libertarian like me would agree. There’s no clinching evidence Trump’s a Putin pawn, but he’s still a protectionist, blowhard, xenophobe, giant-deficit-maker, etc. You have to wonder lately, though, whether even that list of flaws makes him as bad or as nuts as the press/political establishment.

Speaking of Russians and libertarians, Ayn Rand wrote that she’d prefer debating a committed Marxist to arguing with an unprincipled, moderate-sounding left-liberal. You can reason with people who have principles, sometimes even show them where those principles are wrong. You can’t reason with mush, though millions of bland, shifty centrists would like to pretend otherwise. It’s worth remembering, then, that the Russia monomania has been more a product of mushy-centrist thinkers—herd-followers and trend-watchers—than of ideologues, who can be dangerous but who also tend to reason more carefully.

Few things in this world are more centrist-establishment than the so-called intelligence community, unless perhaps it’s academia, and it’s likely no coincidence that in 2013, mere weeks after John Brennan was confirmed as CIA director and butted heads with a rising Sen. Rand Paul in the process, a Yale professor I’d barely spoken to in years grilled me about whether I thought Paul is a tool of the Kremlin.

The accusation was a complete surprise to me, though I didn’t claim any special knowledge one way or the other—and now I can’t help thinking that right out of the gate, Brennan and his associates in the establishment were looking around, years in advance of the 2016 election, for excuses to blame Dem setbacks (whether in elections or in Ukraine) on Russian manipulation.

That’s not to say the Russians don’t prefer U.S. anti-interventionists to U.S. hawks, of course. They do, for obvious selfish reasons, and they openly told lots of people in DC as much back around that time, before people got cagey again about international relations, but that doesn’t mean we should support hawks in knee-jerk fashion, nor anti-Russia paranoiacs.

Brennan, to his credit—or craftily sensing a change in the political air, which is his job—basically apologized after the Mueller Report for overestimating the weight of the evidence against Trump. That makes him almost as sane as the leftist skeptics mentioned above (though it doesn’t compensate for him being a big fan of Russia back in the 1970s, when he admits he was a U.S. Communist Party voter—perhaps one who now resents Russia losing its old faith).

Seth Abramson, just a click crazier, is not throwing in the towel on Russiagate. He just wrote a book a few months ago offering “proof” of Trump-Russia collusion, so he’s not going to go quietly. But I still rate his reaction to the Mueller Report somewhat sane, even if he’s repeating calls for impeachment that now seem likely to fall on deaf ears. The reason for my moderate reaction to him is that he remains focused on details, and details matter in legal arguments. As Abramson explains in a long Twitter thread, Mueller didn’t intensely investigate the specific collusion charges that some people such as Abramson considered the most credible, and Mueller deferred various parts of the obstruction investigation to others, who may yet find something juicy in piecemeal fashion. I wouldn’t hold my breath, but this is a more reasonable and expert reaction than that of…

…Rachel Maddow, who was the star of anti-Russia propaganda efforts by the mainstream media for over a year and who will now be remembered as perhaps the only significant public figure visibly reduced to tears by the news that the Mueller investigation had come up short. Unlike most of the ghouls on Twitter these days, my reaction, since I’m not a sadist, isn’t to laugh at (or metaphorically “drink”) her tears but to be a little frightened by them, frankly. They’re a reminder what a religious crusade left-wing causes are for many in and outside the media. They don’t so much seek facts as hope against hope that their faith will be rewarded, their hated and demonic foes smashed. That ain’t healthy.

The Democrats could well have won me and probably many like me over in the immediate aftermath of the 2016 Trump election victory, merely by vowing to be a saner, more rational alternative to Trump. But they and their media allies had to go and try to out-crazy him. Not easily done, but I think they pulled it off.

Now, Maddow’s even-crazier MSNBC colleague Joy Reid has suggested that Mueller may be part of the cover-up of Trump’s crimes, a corrupt official who’s somehow in on the deal. Don’t go this mental route, Democrats. You were already pretty crazy before Trump ever entered politics, then you got worse, and this potential new tack isn’t helping.

There are crazier reactions out there, including ones from the right that allege, in the fashion of online conspiracy theorist QAnon, that every Trump travail is merely a brilliant step in Trump’s master plan to take down the globalist conspiracy—but when liberals reach the point that they’re assuring people their MSNBC-spawned conspiracy theories make more sense than QAnon, they’ve set a very low bar, and reached a very low ebb. Time to MoveOn.