The Despicable Exploitation of a Tragedy

Opportunists use Christchurch slaughter to promote themselves. 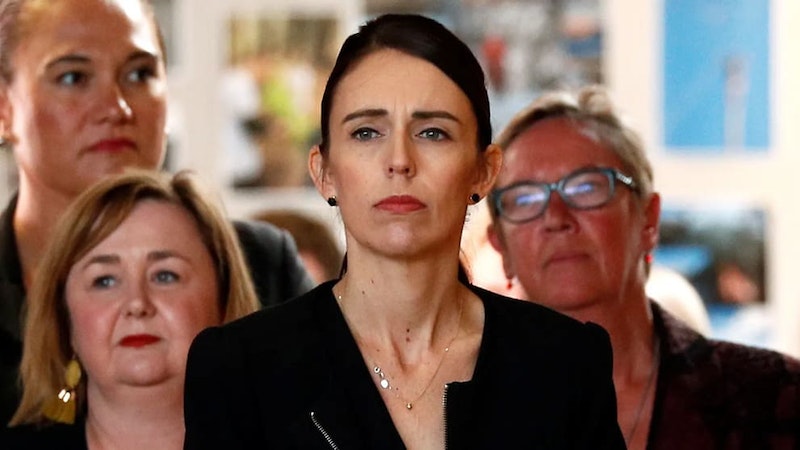 The worldwide trend of mass shootings is depressing enough, but now we get slapped on the other side of the face while the bodies are still warm by politically-motivated, self-serving reactions to these tragedies. The most prominent recent example’s the pro-Palestine NYU student who directly blamed Chelsea Clinton for the Christchurch mosque massacre, but that was really just the start. The long list of those getting blamed includes Bill Maher, Sam Harris, ex-Muslim Ayaan Hirsi Ali, and of course Donald Trump. Perhaps dumbest “take” of all was by Slate, which ran this headline: “The Christ Church shootings should implicate all Australians.”

The New Zealand mass murder was horrendous, but it pales in comparison to the one in Las Vegas in 2017 that took 58 lives and wounded 500. The wounded don't make headlines like the dead, but many of those 500 will suffer both mentally and physically for the rest of their lives. Still, the blame game and poor level of analysis following this latest tragedy was more egregious than the earlier one due to the fact that Muslims were singled out. Islam is the most polarizing religion in the world.

The knee-jerk responses commenced as soon as the news from New Zealand hit the Internet. Anyone who'd ever criticized Islam or immigration was fair game. Had the scalp hunters bothered to read the killer’s manifesto, they'd have realized that such divisiveness was exactly his intention. But that would’ve been too much work, as the clock was ticking as soon as the last bullet was fired in the competition to get in the first licks. The murderer, playing games by disingenuously claiming that conservative political commentator Candace Owens was one of his inspirations, duped many into believing that right-wingers bore a great responsibility for the 50 deaths. As violence like this that's spawned in cesspools of the Internet like 4chan and 8chan increases, the pundits need to be more cognizant of the traps that are being set for them. This, however, requires a level of thoughtfulness and restraint that many of today's media popinjays and Twitter “influencers” lack.

Americans blamed other Americans; the British blamed their fellow Brits. It became about settling scores rather than getting at the gruesome truth. Al Jazeera's Mehdi Hasan compared the manifesto to The Strange Death of Europe, a book critical of Muslim mass immigration written by Douglas Murray, with whom Hasan's been feuding.

The best response is silence. Unless you were right at the crime scene, there’s nothing to add. People like Alexandria Ocasio-Cortez are lying in wait for you. The new “fresh face” of politics, irked by well-intended language, falsely claimed on Twitter that “thoughts and prayers” was an NRA phrase. She went on to mock the religious people offering consolation to the family members of survivors by tweeting, “What good are your thoughts and prayers when they don't even keep the pews safe?” Talk about callous, and not just to Christians. The murdered Muslims were in the mosque that day to pray.

New Zealand's strict gun control laws—all prospective gun owners are subject to background checks and must produce two people to show up and vouch for their character—couldn't keep the pews safe either. Could it be that the one responsible for the carnage was the shooter himself?

UK left-wing journalist Owen Jones, incensed that the Daily Mirror had posted old photographs of the shooter and asked what had happened to the “angelic” youth,” said this would only happen to a white person. It took just a few minutes for others to point out that the tabloid had done the same thing with ISIS executioner Jihadi John, who wasn’t white. Jones shares AOC's gadfly propensity to speak before he thinks. They both have rigid narratives for which they're overeager to supply buttressing evidence. If they're wrong, they just ignore it and wait for the next opportunity.

Another way people went off the rails after this latest attack was to praise New Zealand Prime Minister Jacinda Ardern after she was able to ban the sale of semi-automatic firearms within six days of the event. The New York Times headline was representative: “America Deserves a Leader as Good as Jacinda Ardern.” Wait, Barack Obama was soft on guns? The members of the Times editorial board wrote, “But now the world should learn from the way Jacinda Ardern... has responded to the horror.”

The world doesn't have New Zealand's particular political and societal makeup, so it's not quite that simple. New Zealanders see gun ownership as a government-granted privilege, while Americans see it as a constitutional right. New Zealand's gun culture’s more about sport shooting than self-defense like it is in the US. Most of their gun owners—and even sellers—were willing to go along with hastily drawn up restrictions, but American owners of AR-15s would fight vehemently.

The social fabric's now torn. It's time for people to take individual responsibility for helping to mend it, which means not exploiting tragedies for political gain. To publicly blame someone for another's death is immoral. The narcissistic anger and outrage that some see as so righteous is often little more than self-indulgence.