The Death and Life of Marsha P. Johnson 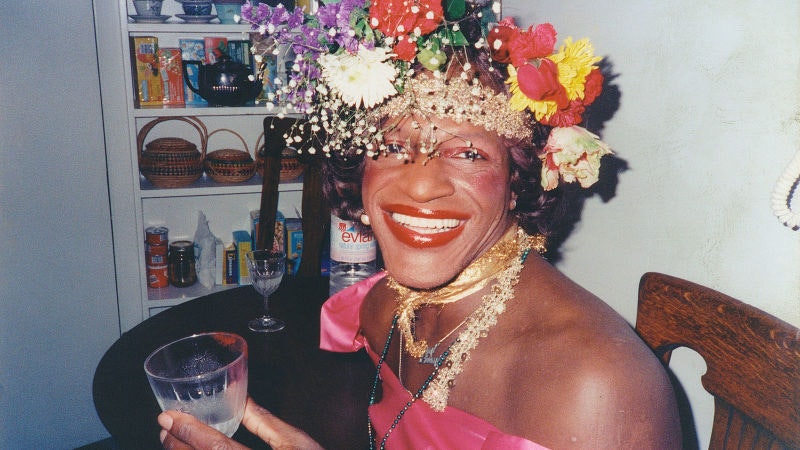 There would be no LGBTQ movement without Marsha P. Johnson. Together with Sylvia Rivera, she fought against the cops during the Stonewall riot, founded the Street Transvestites Action Revolutionaries (STAR) to keep trans people off the streets, and was a prominent AIDS activist. The NYPD ruled her 1992 death as a suicide, but everyone who knew her suspected she was murdered. Her case was never solved, but fellow trans activist Victoria Cruz investigated it herself in the 2017 Netflix documentary The Death and Life of Marsha P. Johnson.

Directed by David France, the film opens with archival footage of the memorial walk for Johnson down Christopher St. in New York City shortly after her body was found in the Hudson River, and then switches to the present day where Cruz and several other activists with the Anti-Violence Project (AVP) discuss the death of 21-year-old Brooklyn trans woman Islan Nettles. Cruz is about to retire after working with the AVP since 1997, but not until she finds out what happened to Johnson first. The film follows Cruz as she talks to Johnson’s siblings, her former roommate Randy Wicker, several other LGBTQ activists who knew Johnson, and retired detectives gathering whatever information she can get ahold of that would provide some closure.

In between Cruz’s quest are interviews with Johnson’s family and friends—including archival interviews with Rivera, who died in 2002 of liver cancer—to paint a portrait of the woman known in the community as the “Mayor of Christopher Street.” According to anecdotes, Johnson was the kind of person who would give the shirt off her back to friends and sometimes even complete strangers if they needed help. She’d visit people sick with AIDS, and allegedly saved Rivera from a suicide attempt after Rivera was booed at the 1973 Gay Pride parade. None of her friends claimed she was suicidal, but she did fear her life was in danger when Wicker began investigating the Christopher Street Pride Festival’s alleged ties to the Mafia. Unfortunately, it’s just speculation right now based on the evidence Cruz gathers by the end of the film, leaving Johnson’s case still unresolved.

The film also follows the murder trial of James Dixon, the man who killed Nettles. He used the panic defense—which is blaming trans people for their own murders—and several activists hoped he would get a full 25-year sentence like any other murder. But he was sentenced to twelve years, and the film ties the murders of both Nettles and Johnson together to show how the criminal justice system continues to fail trans people. The system especially fails trans women of color, who disproportionately face the threat of violence more than anyone else in the LGBTQ community.

The Death and Life of Marsha P. Johnson is a somber and powerful reminder that, despite all the progress made for LGBTQ rights since Stonewall, the fight for queer and trans liberation isn’t over. It’s also a celebration of the life and activism of a civil rights pioneer who wasn’t afraid to get her hands dirty for both her own liberation and her fellow queer and trans people.