What Happens to the Good Cops?

Police face an insane situation right now—in the eyes of the public, can they do anything well? 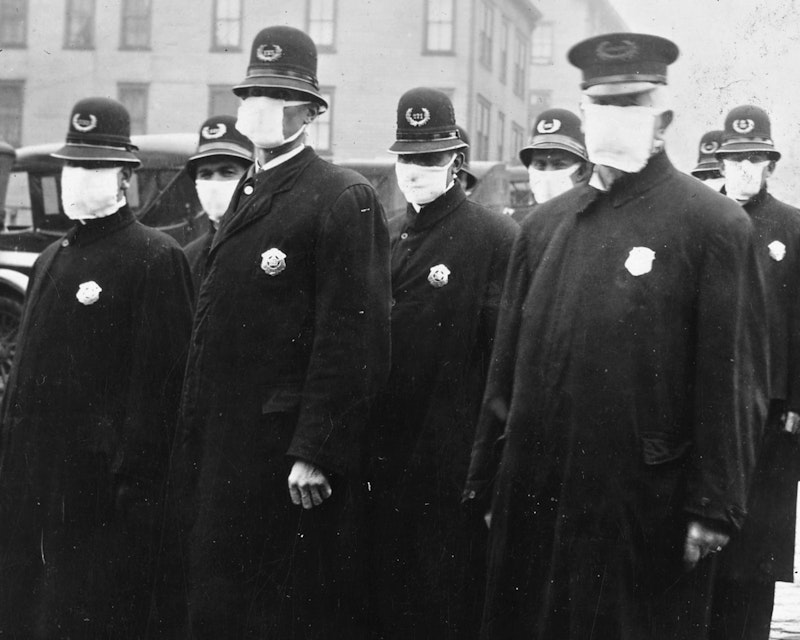 Cops, lawyers, and writers have something in common. Few understand what their lives are like, but everyone thinks they do. It’s not like going to the doctor or attending class or waiting six feet back in the checkout line. We mostly know what doctors, teachers, and cashiers do because we see it firsthand. But certain professions have a public face that’s very different from the private reality, which can become a serious problem in times of social upheaval.

Because of this difference, the way these professions are portrayed in the media often adds a third, erratic variable—sweeping generalizations about them in the public discourse, which may be partly or mostly true, but which can also be untrue. I won’t say ACAB (“All Cops Are Bastards”), because all cops aren’t.

As we shine a much-needed light on the cruel and sometimes lethal tactics recently used by those entrusted to serve and protect us, we have to be careful not to overlook the police who are trying to do their difficult jobs the right way. Taking a knee is fine. But upholding the public good is essential and a lot more difficult than posing for the camera with the head of your department. The cops who choose to be idealistic seem to be fighting a multi-front war.

Good cops face an insane situation right now in America, one that’s significantly more difficult than usual, trying to live up to an ideal of public service in a time when the sadism of their co-workers has been given free reign by an equally authoritarian bloodlust in the Oval Office, one which sees urban terrain as “battlespace” and which is interested in crushing dissent.

Much of the public now disapproves of the police, if not in deed, then in word, if not in word, then in attitude. And not a lot of distinction is being made between abusive cops and those trying to deescalate. As a colleague of mine recently put it, this is a “bad cop holiday.” Meanwhile, the good ones caught in the middle have to do the best they can.

Saying this isn’t about letting people off the hook. Arguing “not all cops” is stupid at a time like this. It’s just as dumb as “all lives matter.” Those are ways to dilute and obfuscate, a kind of inverse whataboutism—“What about the good ones?” as a way to counter-argue from a cherry-picked sample. Something like that is neither persuasive nor sincere; though, we’ve seen enough sanctimonious counter-arguing like this from the MAGA crowd to last us through the 2020 election and beyond.

For almost two weeks, we’ve witnessed the ugly public face of police brutality on television and social media. Denying that or trying to blunt it is inherently unethical. We have to face this head-on. No one, neither police departments, nor the FBI, nor rational well-intentioned citizens have argued otherwise. We’re tired of systemic violence being hidden and dismissed. And no matter what the President or the powerful emotions of the moment seem to prefer, it’s ostensibly a bipartisan tiredness.

Moreover, there hasn’t been much thought about the private realities involved or what might be precipitating the brutal suppression of peaceful crowds. It seems like a stretch to argue curfew violations as justification for multiple “police ambushes” of protestors, streets being arbitrarily flooded with tear gas causing vehicle wrecks and panic, and unarmed citizens, including journalists, getting indiscriminately beaten.

We know these things have happened because we’ve seen them take place in real time on social media and in the news. It’s enough to make us want to scream, “ACAB!” but after the gas has cleared, we might consider that the good cops are the ones we don’t notice. The ninth principle of policing set forth in 1829 by Sir Robert Peel, whose principles are still seen as foundational for the profession, is “To recognize always that the test of police efficiency is the absence of crime and disorder, and not the visible evidence of police action in dealing with them.”

Evidently, according to this standard, police efficiency is at an all-time low in this country. But concluding that we’ve entered an anarchic “state of nature” would be overlooking all the things that aren’t collapsing and failing. Everything’s not on fire; though, some things have been. Everyone’s not evil; though, some people certainly are. Everyone has not signed onto Trump’s pathological agenda of domestic military domination; through, his enablers clearly have. It isn’t, as Salman Rushdie recently put it in The Washington Post, “another day in Trumpistan.”

Just as a good writer toils in solitude to get the words out and a good lawyer spends most of in-office time writing letters and considering legal precedents, a good cop will be a force of elimination we don’t notice, taking away the harmful elements so that which is productive and the good can take its place. The private reality of good policing won’t show up in #bluefall footage on Twitter. When cops do their jobs the right way, nobody notices. And that’s by design.

In an insightful New Republic piece, Alex Pareene observes, “[G]ood cops don’t seem to police the bad ones. (Unless directly ordered to do so by their superiors, cops simply never arrest cops for committing crimes in the line of duty.) And this means we can judge them for what they do collectively.”

This may be true. But an important word here is “seem.” Maybe it’s time for police agencies to be more overt and visible in how they investigate their own misconduct. Arresting George Floyd’s murderers was a necessary first step. More along these lines would do a lot to bridge the public and private realities of the job and restore a semblance of confidence in law enforcement.