We Far Right-Wingers Could Win 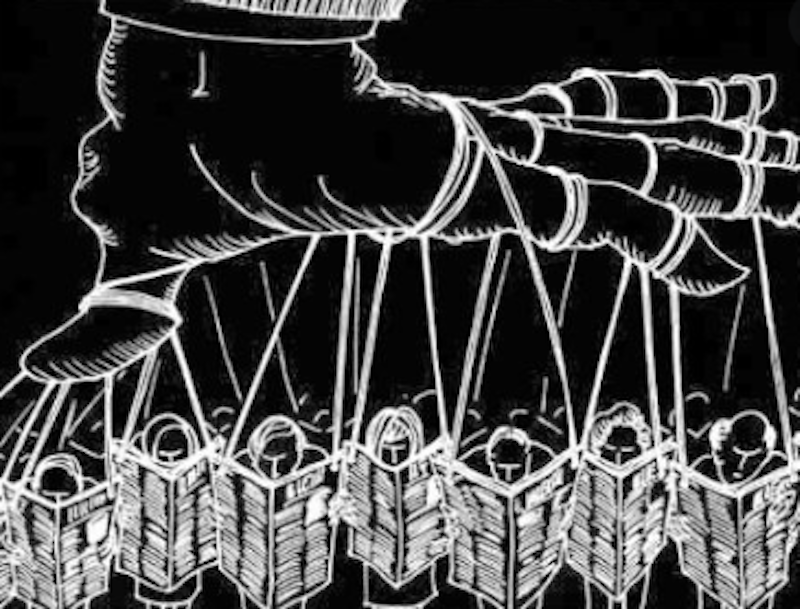 The global online moronosphere bubbles and seethes with a rare zest. My all-time favorite neurasthenic, Rod Dreher, with whom I remain fascinated, has been pounding the keys like a champ, insisting that the “soft totalitarianism” the advent of which he’s been confidently predicting for years isn’t just coming—it’s now here, as a “woke” progressivism exploits the current crises to solidify its suffocating power.

Maybe. But the truth is that a totalitarian regime, if that’s what the supposedly emerging regime supposedly is, is an inherently fragile one, one of a rare instability. Even the Soviet Union (to the memory of which I’m much more sympathetic than many traditionalist conservatives, as I consider the USSR to have been a valid temporary incarnation of the Holy Empire of the Great Russians) lasted only about 25 years in totalitarian form, from the “Red Tsar” Stalin’s consolidation of power in the early-1930s until that grand old man’s death in 1953. After Stalin died the USSR fast degenerated from a properly totalitarian polity into a rickety and ham-handed authoritarian oligarchy, useful for counterbalancing cruel U.S./Zionist/liberal initiatives on the Old Continent and elsewhere on the globe, but not for much else.

“Twenty-five years?” calls out the heckler from the bleacher seats. “That’s long enough.”

Maybe, according to the cramped timeline of us moderns, who, lacking historical perspective, measure out our lives in coffee spoons. But it’s a paltry span when viewed against the vast sweep of human history, to say nothing of the eternity to which we devout Christians must always orient ourselves.

And of course we can expect a totalitarian system to degrade faster now than it did 70 or 100 years ago, for obvious reasons, foremost among them the speed with which information now travels.

In addition, anyone who compares—as Aunt Dreher does—the capacity for resistance of us contemporary subjects of the progressive imperium with the capacity for resistance of the Russian peasantry of a century ago; or of the barely emergent Russian bourgeoisie of that period; or again of the decadent and inbred Russian aristocracy of the late Tsarist/early Soviet era—is a semi-educated fool, and deserves to be laughed out of the moronosphere. Or, conversely, allowed to wallow in it to his heart’s moronic content, flopping and wading in its intellectual sewage like a half-wit in a tidepool.

Here’s yet another reason why any progressive totalitarian regime is likely to fail sooner rather than later: It will be unpopular. The case might be made that a totalitarian USSR lasted as long as it did because, whatever its missteps, it brought tangible improvements to the lives of many of its subjects. (The popularity of Stalinism with huge swaths of its subjects is a story too little told, even by today’s fine Russian historians—not that we have room to tell it here.) Electrification, mass literacy, rural medical care, art and literature and music that was wonderfully intelligible to the common man, even a sort of radical social mobility in its early years: these were the achievements of which Stalinism could boast.

Add to those the Kremlin’s great success in “breaking the backs” of the vicious anti-Russian nationalisms of the Estonians, Lithuanians, Latvians, Georgians, Belarusians, Tatars, Kazakhs, and especially the Banderite-fascist Ukrainians, and you’ll see an unimpeachable record of excellence that Stalin and his associates, chief among them Kaganovich, architect of the Holodomor, that real, if brutal, exercise in political hygiene, could point to.

By contrast, what have 30 years of hyper-liberalism brought us here in the West? Sexual decadence, a vulgar and ravaged culture, the immiseration of our working and middle classes— I could go on, but the litany of the crimes committed by our globalist-liberal regime is by now a familiar one, especially to my fellow paleoconservative readers.

Then, too, who is to say that the progressives will succeed in instituting their “totalitarianism” under the current conditions? Things move fast. Events are dependent on patterns of contingencies, shifting at levels of complexity and at speeds that make prognostication a chump’s game. As our current liberal regime falls (and it is falling) I feel just as hopeful that one to my liking will materialize as I feel anxious that progressive “totalitarianism” will win the day.

The game is on. We live at a moment of possibility, maybe the most fruitful that I’ve witnessed in my 60-odd years.