Psychological Traumas of the Left and the Right

Whittaker Chambers and the failures of communism. 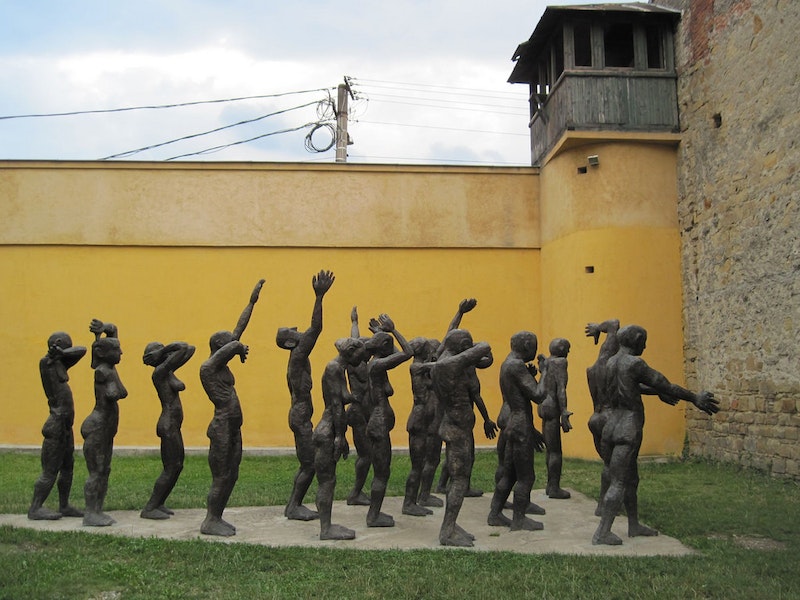 People are upset at a recent essay in The New York Times that appears to defend communism. The op-ed, by Vivian Gornick, part of a series called “Red Century” that explores communism 100 years after the Russian Revolution, describes communism in positive terms. “It is perhaps hard to understand now,” Gornick writes, “but at that time, in this place, the Marxist vision of world solidarity as translated by the Communist Party induced in the most ordinary of men and women a sense of one’s own humanity that ran deep, made life feel large; large and clarified. It was to this clarity of inner being that so many became not only attached, but addicted.”

As reported in the Blaze, conservatives are outraged. The reason is obvious: in the hundred years since the Russian Revolution communism killed tens if not hundreds of millions of people. It is an iniquitous system that fails every time.

Yet at the core of Gornick’s dreamy propaganda is something very true about the appeal of communism, something that those who wish to prevent its return should pay attention to. Although it’s described in abstract geopolitical theories, communism is often a solution for people who are in terrible psychological turmoil. To address this phenomenon and its source is to get to people before their pain causes them to embrace an evil system that will always wind up causing large-scale misery.

One of the most famous ex-communists of the 20th century was Whittaker Chambers, the Time magazine editor who in 1948 revealed that State Department golden boy Alger Hiss was a Soviet spy. When testifying before the House Un-American Activities Committee, Chambers explained that he joined the Communist Party after he witnessed the destruction of Europe when he visited the continent after World War I: “It seemed to me that a crisis had been reached in western civilization which society was not able to solve by the usual means.” Chambers read the writings of Marx and Lenin. “They seemed to me to explain the nature of the crisis, and what to do about it.”

Chambers was once asked how a person “who made a real living” in America could become a communist. “The making of a good living does not necessarily blind a man to a critical period which he is passing through,” Chambers replied. “Such people, in fact, may feel a special insecurity and anxiety. They seek a moral solution in a world of moral confusion. Marxism, Leninism offers an oversimplified explanation of the causes and a program for action. The very vigor of the project particularly appeals to the more or less sheltered middle-class intellectuals, who feel that the whole context of their lives has kept them away from the world of reality.”

Chambers was living at a time when there wasn’t the kind of insight into the human psyche that we have today, or if there was, it was secondary to the political and social reasons given for political action. People didn’t talk about feelings. But the role of trauma and psychological pain in the role of communism, and modern left-wing politics, is absolutely central. Consider: Whittaker Chambers came from a dysfunctional home. His father, a graphic artist, was a closeted bisexual who expressed contempt for his wife Laha, a disappointed former actress. Chambers’ brother Richard committed suicide, using the oven in the family home on Long Island. “My brother was lying with his head in the gas oven, his body partly supported by the open door,” Chambers wrote in Witness. “He had made himself as comfortable as he could. There was a pillow in the oven under his head. His feet were resting on a pile of books set on a kitchen chair. One of his arms hung down rigid. Just below the fingers, on the floor, stood an empty quart whisky bottle.”

As much as the writings of Marx, the death of Richard was the catalyst for Chambers to reject God and embrace totalitarianism. In his family Chambers saw "in miniature the whole crisis of the middle class.” The solution to this total disaster was a “totalizing” solution—communism. In 1925, Chambers joined the Communist Party of the United States (CPUSA). He defected in the late-1930s. Alger Hiss, the man he accused of being a spy, was guilty.

In his wonderful autobiography Balancing Heaven and Earth, the psychologist Robert A. Johnson describes the phenomenon of “projecting our gold” onto others. Our gold refers to all of our best attributes—compassion, intelligence, strength, bravery, patriotism. People who have a weak sense of self, either through trauma (Chambers), immaturity (Antifa), or resentment (1930s Germany) compensate by “projecting” their gold onto another party or person, even if that party or person is fallible or psychotic. It’s a way of making a suffering or insecure person feel important. Onto a person or movement is transferred the hopes of one, or hundreds, or millions, of desperate people, even if the recipient is not equipped for such a task and will turn your gold to shit. Barack Obama is an egomaniac, but even he sometimes seemed baffled by the hysteria of the crowds who worship him.

Communists, Chambers wrote, “may feel a special insecurity and anxiety” that is alleviated by attaching themselves to a grand movement. This echoes what Gornick writes in her Times piece: “The Marxist vision of world solidarity as translated by the Communist Party induced in the most ordinary of men and women a sense of one’s own humanity that ran deep, made life feel large; large and clarified.” Rather than working on integrating their gold (as well as their shadow) to make themselves more whole—a difficult task requiring time and self-reflection—broken souls like Chambers project themselves onto a movement, pouring their souls into socialism the way Sauron poured himself into the One True Ring. “Tragedy occurs when a human soul awakes and seeks, in suffering and pain, to free itself from crime, violence, infamy, even at the cost of life,” Chambers wrote. How many hostile protestors on college campuses are desperately seeking healing for their own fragile psyches? How many were abused or neglected? The poet Robert Bly once had a wise remark when confronted with scenes of college rioters in the 1960s: “They’re all out there looking for their fathers.”

For all its problems, conservatism has been a vital movement because it says: Wait. Don’t trust people who are promising everything, especially a world without gender or a worker’s paradise. Accept limits. Turn to your family. If they’re nuts, turn to God.

Still, conservatism also tends to ignore human suffering for a kind of heartless lecturing on overcoming everything via Jesus, guns, and grit. Furthermore, some people on the right are so obsessed with feminism and every sound made by the left that it betrays an insecurity, the kind that can leave conservatives open to their own totalitarian temptations. The singer Sinead O’Connor was once ridiculed by the right for saying that Adolf Hitler was a monster because he was abused as a child. She wasn’t far off the mark.