Terrorism Threat Not Measured By Fatalities

Calling any fear of terror attacks “hysteria" is a way of normalizing them. 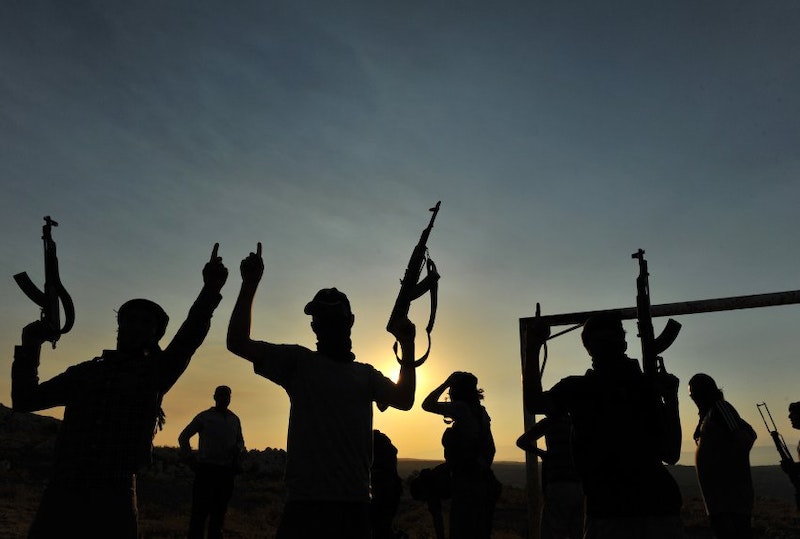 A Canadian recently told me that a political commentator we were discussing is “a typically hysterical American because of his fear of terrorists, a statistically insignificant cause of morbidity.” His comment reminded me of the pundits who regularly assure us that lightning kills more people every year than terrorists. It's another reminder that winning a public debate often entails little more than producing a meme (no matter how reductive it is) convincing enough to go viral and enter the collective hive mind.

That a Canadian made this withering observation is of minor significance, but it's worthy of a brief response. Canada’s never been hit by anything close to a major terrorist attack, so to speak of hysteria in this context carries more than a hint of arrogance and condescension. Putting nationality aside, perhaps this Canadian's unable to see the straight line that can be drawn between the 9/11 attacks and the current misery in Iraq and Syria, and the volcanic upheaval now threatening Europe’s future. To reduce the impact of terrorism to the level of individual risk is to nearly miss the point entirely, as in when clueless observers reduce 9/11’s impact to 3,000 deaths.

It doesn't take much effort to realize the folly of equating an act planned by humans with any variety of force majeure. Granted, they both kill people, but try explaining it that facile way to the parents of the people ISIS operatives killed and mutilated in the Paris Bataclan concert hall attack. The best way to measure the actual risk to the West from Islamist terrorism would be to spend the same amount on preventing both terror attacks and lightning strikes on humans. Open the borders to all and spend all the anti-terrorism money on cancer research and see how that plays out. Such a suicidal experiment would put a new perspective on talking about terror-related hysteria.

What Western nations are spending to prevent terror attacks provides at least a rough assessment of the threat’s severity. The Heritage Foundation, in 2007, became the first organization to document terrorist attacks against the United States. In the six years following 9/11, the U.S. government was able to thwart 50 terror attacks—42 of them homegrown. The foiled plots include the following: attacking the New York Stock Exchange and other financial institutions, bombing a subway station near NYC’s Madison Square Garden before the GOP National Convention, attacking National Guard facilities, synagogues, and other targets in the Los Angeles area, and blowing up a Wyoming natural gas refinery, the Transcontinental Pipeline, a Standard Oil refinery in New Jersey, Chicago’s Sears Tower, and FBI offices.

Normalizing terror is politically expedient for people like Khan, who'd lose votes if they focused on religion-based terror. Such politicians want people to accept the fact that a considerable number of people who want to kill them live amongst them. Perhaps so many Muslims have been killing their fellow Muslims for so long now that numbness has set in, but it's imperative that people in the West never adopt this fatalistic worldview. If you don't believe in an eternal reward after death, life takes on much more importance.

President Obama never did enough to head off the fatalism that leads to the normalization of terrorism. He praised controversial Muslim cleric Sheik Abdallah Bin Bayyah in a speech to the U.N., and had him meet with his National Security Council staff at the White House. Bin Bayyah, who the State Department’s Counter Terrorism Bureau has apologized for promoting, has reportedly backed Hamas and endorsed a fatwa authorizing the murder of U.S. soldiers in Iraq.

Normalizing jihadist terrorism paves the route to dystopia. The political left is complicit: they fear being called Islamophobes. They'd rather put people's lives at risk than take on this fight. Constantly trimming individual rights as if there's a constant state of terror emergency is another dystopian scenario, but the attitude that terrorism isn't much of a threat because it's killed relatively few in recent years is a simple-minded approach that distorts reality and eventually leads to submission.