I’m Not Embarrassed to Be an American

Trump’s a loon, but political cycles come and go. 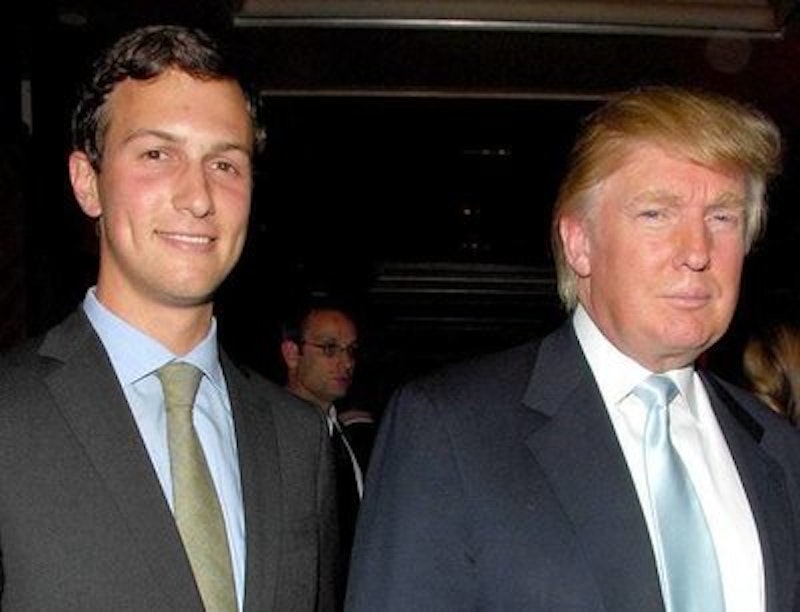 It’s been a week of dutiful journalists and columnists solemnly marking the first 100 days of the hurdy-gurdy Trump administration, a dated exercise they undertake at the start of every new presidential term. Because that’s what’s done, even in an era when the old Beltway rules no longer apply. It’s hardly news that Trump is the first Social Media President—my son Nicky noted the other day, aghast, that the Queens rube is likely the most-well known man in the history of the world—yet the media at large hasn’t caught up. Reporters are largely at a loss in trying to document Trump’s frenetic, and loopy, pace, because they’ve never encountered a politician like him. It’s not dissimilar to the government trying to rein in Uber or the scuzzy Airbnb business: there are complaints and charges of illegal activity but government simply doesn’t work as fast as zip-bam-boom new industries.

The other day on Twitter I noticed Peter Feld (a left-wing, Phil Ochs Democrat who doesn’t hew to a set orthodoxy) make fun of traditional liberal pundits, writing, “The essence of neoliberal dissatisfaction with Trump is embarrassment.” While Feld and I disagree on most matters political, I do appreciate that he doesn’t taking marching orders from anyone. Another common theme among self-proclaimed members of #TheResistance is how embarrassed they are to be American, and what, someone please advise! shall I do when traveling abroad? Fake a Canadian, French or British accent? Apologize to shopkeepers, cabbies and bums on the street for the laughingstock who’s America’s chief executive? I find that hilarious and naïve, and also rather appalling. I was in Europe in mid-March and found little consternation about Trump: sometimes the subject was brought up gingerly, but there was no animosity. Europeans have their own fish to fry. And for the record, though I didn’t vote for Trump (or Hillary Clinton) I’m not in the slightest personally embarrassed about America’s president. I’m a U.S. citizen, happy to be one, and understand that politics here is a very strange business, and when an honorary cracker like Trump comes along, wait a few years and there will be a new guy (or gal) to get upset about.

I concede that Trump’s a very weird guy and is probably pumped up by prescription drugs, since he never appears to sleep. Inviting Duterte to the White House (since Trump doesn’t travel abroad)? Nutso on the face of it, although it’ll probably never happen, just like The Wall. I’m glad he flip-flopped on pulling out of NAFTA, probably because after his Shermanesque campaign promise to do just that, he spoke to Justin Trudeau and maybe hit it off. The Canadian president might’ve complimented Trump’s tie, so all was right between the two countries. Trump’s herky-jerky, inarticulate addresses, or answering questions from the media make George W. Bush look like a linguist. I’m glad Mitch McConnell rammed through Neil Gorsuch to the Supreme Court, but what the fuck is Jared Kushner’s story? We’ll find out sooner rather than later, as short-term aides publish books in the next year.

Yet, democracy isn’t going to perish on Trump’s dime, and the world won’t blow up. This president likes his life and doesn’t want it altered. On Sunday, The New York Times’ Frank Bruni, part of that paper’s sclerotic op-ed stable (excepting Ross Douthat and Bret Stephens), summarized the pointlessness of bashing Trump, hoping in vain that perhaps his precious words might have resonance in the White House. Noting the barrage of historians and analysts going over Trump’s first three months, Bruni writes: “But that minimizes and, yes, normalizes the most distinctive aspect of Trump’s presidency, which is his complete and consistent rejection of the conventional etiquette of the office—of public comportment that speaks to the best in us, not the worst.”

What a lazy crock of shit. How many Americans does Bruni believe care how closely the current president conforms to traditional White House manners? Not me.

And then there’s David Remnick, editor of The New Yorker and a very (and often excellent) prolific writer as well. Except on politics, which is understandable since he published a hagiography of Barack Obama before the 44th president had finished even one term. In the current New Yorker, Remnick preaches to the Democratic elites in his circle—in this media environment of declining relevance, and circulation, of print magazines, I doubt many middle-class Democrats read his magazine—and it’s a mouthful. He writes: “For most people, the luxury of living in a relatively stable democracy is the luxury of not following politics with a nerve-racked constancy. Trump does not afford this. His Presidency has become the demoralizing daily obsession of anyone concerned with global security, the vitality of the natural world, the national health, constitutionalism, civil rights, criminal justice, a free press, science, public education, and the distinction between fact and its opposite.”

Translated: we’re all screwed because of Trump. This is alarmism. This is hysteria. This is the denial that most citizens are more concerned with family and work than politics. As Remnick knows, it’s unlikely Trump can abolish Obamacare; as he also knows, a “free press” is not in peril, even if Trump, more vocally than his last few predecessors, can’t stand the media. I haven’t yet heard of any reporter jailed because of a disagreement with Trump; never mind that Democrat Woodrow Wilson did just that in the early 20th century.

Trump, like all presidents, is capable of dangerous actions. But more likely, as the early going demonstrates, he’s a blustery (if refreshingly honest) egomaniac who can’t get things done. And, rarely mentioned, do the likes of Bruni and Remnick really want Trump impeached so that Vice President Mike Pence, a moral crusader who really knows the machinations of government, can take over?