Upon release, he called his prosecutors "criminals." 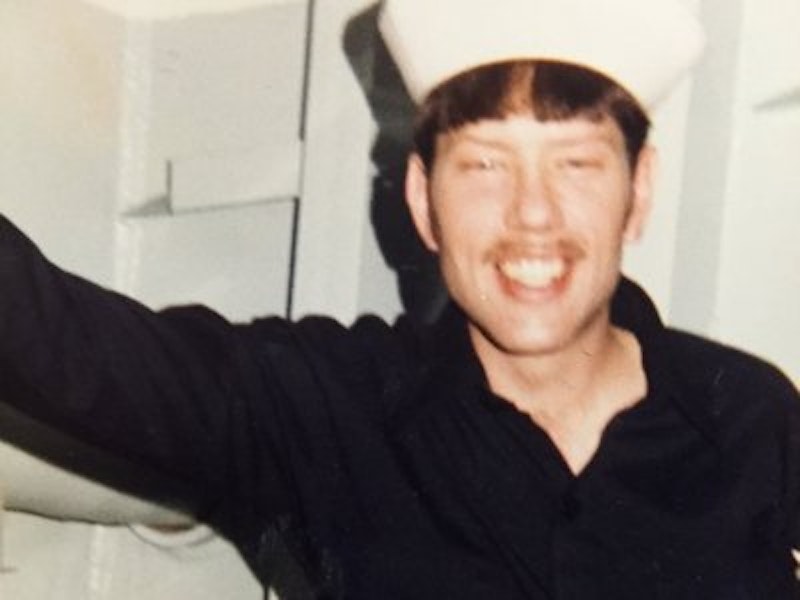 Keith Allen Harward walked out of prison last week after spending over 30 years there for a crime someone else committed in Newport News, VA. New DNA tests had exonerated him. The ex-sailor was, predictably, in high spirits, but he's not at the "bygones will be bygones" stage yet. Outside the Nottoway Correctional Facility in Burkeville, VA, Harward told reporters that the prosecutors on his case were "criminals... looking for a conviction." Looking at the details of his rape and murder conviction makes it difficult to deny this assertion.

Harward was convicted in 1983, but the jury didn't give him the death sentence. The state of Virginia has a real taste for the death penalty—only Texas has executed more since 1976—but historically it's used it disproportionately against black men. However bizarrely, Harward benefited from white privilege on this one.

In the early morning of Sept.14, 1982, a woman was raped at her home near the Newport News Shipyard by a man who also killed her husband. The perpetrator had bitten her legs, so the police photographed the bite marks and swabbed them to collect saliva samples. The victim said her assailant had a baby face, appeared to be around 19, and wore a naval uniform with three V's on it.

The police suspected the murderer was a crewmember of the USS Carl Vincent aircraft carrier and they put over 1000 sailors through a dental screening that excluded Harward as a suspect. Harward admitted to biting his girlfriend during a fight he'd been arrested for. Police then brought the rape victim to the courtroom to see him, but she couldn't identify Harward as the attacker. Next, law enforcement officers hypnotized a shipyard security guard, who identified Harward through a mug shot as the man with the Carl Vinson badge and bloody uniform who entered the shipyard early on the morning of the crimes. They made another mold of Harward's teeth, and when he was put on trial, two forensic dentists matched his teeth with the marks found on the victim. One of them said that, with "reasonable scientific certainty," Harward's teeth did the biting, and he was convicted on the basis of this circumstantial evidence.

The problem was that neither of the "experts" had a clue. Although bite mark analysis has been used to convict people for decades, and is often said to be close in accuracy to DNA testing, science does not back this up. Skin is not like a dental impression done in a dentist's office. It’s elastic and can swell, making bite-mark analysis a subjective judgment call. There were plenty of dentists who could’ve disputed the dental evidence at the trial (Harward was already excluded as a suspect by the one who did the USS Carl Vincent testing), but the defense failed to make this case.

Harward's lawyers from The Innocence Project are now claiming that DNA evidence found at the crime scene that would’ve cleared Harward wasn’t disclosed by the state's serologist at the trial, and authorities are investigating this now. The recent DNA testing of evidence from the crime scene by the Department of Forensic Science that exonerated Harward did identify the profile of Jerry J. Crotty, who was also on the Carl Vinson at the time of the crime. Crotty died in prison in 2006, where he was held for abduction.

Harward's story highlights the impact journalists can have on travesties of justice getting corrected. A series of articles written by Richmond Times-Dispatch reporter Frank Green forced the hand of Virginia officials to act. Green's reporting was also instrumental in the exoneration of Michael Kenneth McAlister, who spent 29 years behind bars for a 1986 abduction and attempted rape in South Richmond that was actually committed by a look-alike. Legacy media is considered old-fashioned, but still has certain powers the new media lacks. Frank Green is doing important work.

There are plenty of prosecutors, like the ones on this case, putting conviction rates ahead of justice to further their own careers. These people, as Harward said, should be viewed as criminals. This case was dirty from the beginning, but still resulted in a prosecution. The victim failed to identify Harward's distinctive face in the courtroom that day, even though she had, between rapes, sat and smoked a cigarette with her rapist, at his insistence. Then the cops hypnotized a security guard. While hypnosis sometimes reveals tips that help with a crime investigation, there is no scientific evidence indicating a hypnotized witness will correctly identify a suspect. The pseudoscience of bite mark analysis was then used to put an innocent person away.

It’s time for federal legislation outlawing of the use of bite mark analysis and all other pseudoscience in the courtroom. Journalists should scrutinize all cases of prisoners who’ve been convicted on such "evidence." Harward's parents died while he was away, so he's even deprived of sharing his belated victory with them, which would have helped with his healing. Now he has to learn how to live in a world he doesn't really understand. When he was removed from society, he had a cassette player for his music, which says it all.