Chilly Hillary or the Warmer Bern? 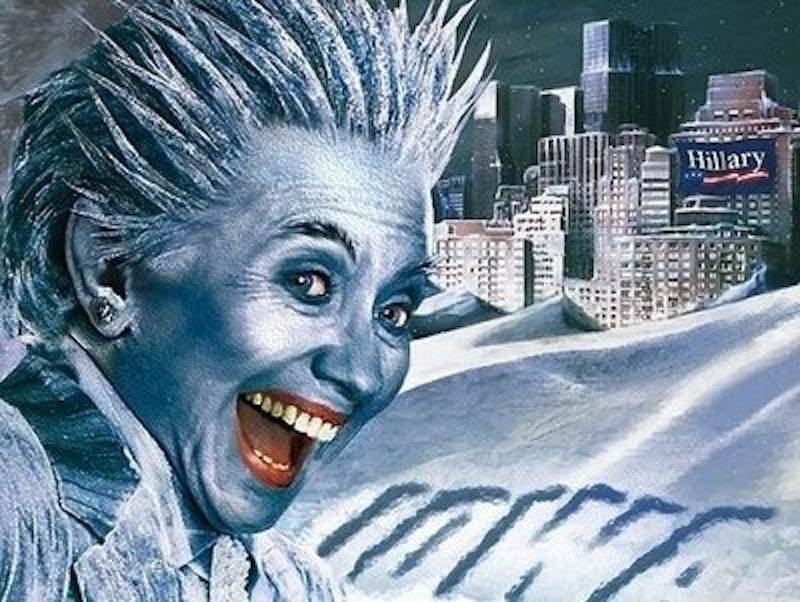 When I was a kid in the 1970s, I had a lesbian aunt who brought me to the Philadelphia Folk Festival, sang and played Grateful Dead songs on her guitar while smoking pot in her apartment, and bought me a subscription to Ms. magazine, explaining that I didn't have to grow up to be a housewife like my mom. I could have a career, be anything I wanted. The sultry woman on the commercial sang, "I can bring home the bacon, fry it up in a pan... and never, ever, ever let you forget you're a man."

In short, women of my generation (X, the one no one seems to give a shit about because they're so obsessed talking about the precious Baby Boomers and their precious children the Millennials) were simply told we were expected to do everything. Have a career and kids. Figure it out. Put them in daycare! Make as much as men! But don't be a shitty mom, because everyone will judge you for that, too. It was a pretty raw deal we were handed by the bra-burners, the whole "having it all" thing.

Hillary Clinton was at the forefront of this movement. I've watched (first-hand at times) her career with admiration and disdain. I don’t think she was a terrible Secretary of State. The stand by your man thing, ugh, the cookie thing ugh. Don’t talk to me about her emails, I care about them about as much as I do Bernie Sanders’ tax returns. She's handled many political and personal situations well, others with the iciness of a freezer that should've been defrosted 20 years ago. I'm not a political writer, so this piece is really about one liberal Maryland Democrat voter making a choice at the polls next week at the primary. I can’t be the only one struggling with this decision.

I’m not afraid to admit that I like the idea of having the first woman President. It jives with everything my fellow neglected Gen Xer gals have ever been fed about the having of it all. Raise a kid (be a grandmother, even!), be a Senator, Secretary of State, and even the President. Because of what my generation was brainwashed about what women were supposed to want, I am supposed to dig the message it sends to my 13-year-old daughter, and other young girls around the nation: a woman can be President.

Here’s the problem: my 13-year-old (along with my other two daughters, led enthusiastically by their oldest sister, my 22-year-old who feels the Bern so hard she makes calls for the guy) are all passionate Bernie Sanders fans. They love him. Can’t stop talking about him. In memes with birds, sometimes, but still. Even my 10-year-old son was unknowingly supporting him during the debate the other night. Every time Sanders noted “she didn’t even answer the question” about Hillary, he’d say “Burn” but it sounded like “Bernnnnnn.”

Sanders’ Robin-Hood messages about taking from the rich and sharing with the poor, well, as a kid who grew up poor, I identify with him, too. I love his flappy-hands, angry-brow, passionate, save-the-earth, everyman style. I love everything about him.

I can’t stand Hillary’s sneer when he talks, that horrible condescending-chuckle thing she does when he speaks in debate. I’ve met her, and the iciness is real. (Also, random aside: bravo to her plastic surgeons- seriously: they are doing an amazing job of making her look like herself without making it seem like she’s had work done; she looks good!)

So when I go to the polls on April 26th, I’ll stand there, thinking. I know she has the lead. I know she’ll probably win. I don’t honestly think she’ll make a bad president. I think in many ways that she’s earned the top spot through her distinguished political career. Like Obama, she’ll take a lot of shit, but like him, she’s smart and will deal with it. Is voting for Bernie wasting a vote? Maybe. But it’d be fun to see that guy somehow actually win. Because bra-burning and Ms. magazine aside, here's the thing. Despite what our generation was fed, the presidency isn’t about gender, it’s about who the best person is for the job.