All you need is empathy. 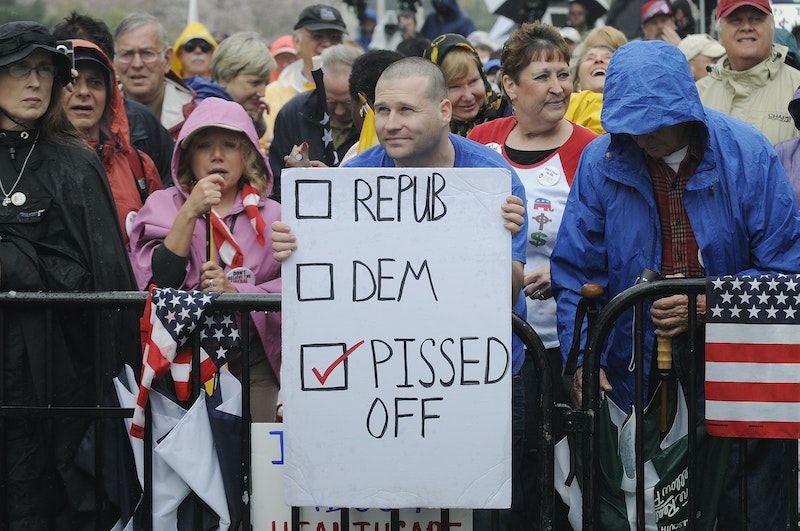 Badboy commentator Gavin McInnes lost no time when I appeared on his show yesterday before noting that libertarians tend to be nerds. I didn’t deny it, joking (as many libertarians before me have) that people proud of their place on the political spectrum often seem as if they might be somewhere on the autism spectrum, too. No shame in that, really, but why might it be so?

Psychologist Jonathan Haidt, who used to be a moderate John Kerry advisor and was inexorably pulled in a libertarian direction by his own research, noticed that whereas most people’s political positions seem largely a byproduct of their personality types, libertarians had a special ability to keep their emotions at bay and render decisions according to principles and consistent criteria. I always suspected as much (as a teen nerd, I at first identified my uptight rational philosophy as simply “stoicism” and, though I did not know it then, so did Adam Smith before me).

Great, right? All we need to do, then, is get the objective, formula-loving nerds to sort out what’s right, and we’re home free. We don‘t even need a specific philosophy such as libertarianism—just all-seeing nerds to protect us from the big, dumb bullies out there. But it’s not that simple: my fellow nerds are not infallible.

Additional psychological research suggests, in fact, that nerds may have one crucial, potentially psychotic trait in common with the big dumb jock bullies of this world: low empathy. You don’t want people to emote their way through math problems, which is why cold-hearted nerds are often good mathematicians, engineers, etc.—but neither do you want ideologues who are supposed to be focused precisely on the human impact of their theories to be indifferent to suffering. Or, for that matter, oblivious to nuance.

You’ll find among libertarians a few who are such sticklers for their own abstract rules that, for instance, they might say an individualist ethos dictates that you cannot open fire on an approaching uniformed enemy army that has just announced its intention to kill you unless you are certain that each individual member of that army that you shoot at has himself opened fire, rather than just trudging reluctantly alongside his comrades in arms.

That seems like a formula for defeat, but my current point is psychological, not strategic. The nerd of that sort, willing to take things so far that you’re going to die, means well but ends up being oddly similar to that schoolyard bully who insists, “What? What? I’m not punching you just because I’m moving my fist a half-inch from your face. Why are you flinching? You can’t tell on me, man, because I’m not doing anything. I’m just moving my fist, but see, it’s not connecting!”

A Bully-Nerd Coalition (a bit like the unexpected Bootlegger-Baptist alliance first named by economist Bruce Yandle, himself a libertarian) can arise full of people who insist they were technically following the rules that led to you living in terror of them. A more commonsensical libertarian approach, as I told McInnes, might take a somewhat broader view of what constitutes a “criminal conspiracy” so that people announcing their allegiance to an attacking army are reasonably seen as participating in the attack themselves. And almost punching someone and making them think you just might is itself an assault (which is the threat to hit someone, after all, distinct from the battery itself).

Mobs, like individual bullies, love to skirt the line between confrontation and assault, knowing full well in some cases that a few of their members are willing to cross that line while leaving their fellows free to feign moral purity. Being on guard against criminal conspiracies of that sort—common in rioting, stoning, trampling, and governmental action in general—doesn’t make me a conspiracy theorist. Just someone empathic enough to sense what that mob is trying to tell us—and something tells me it’s not good, Poindexter, even if that crazy gizmo of yours hasn’t detected any motion yet!