A couple of million deaths fused government and capitalism. 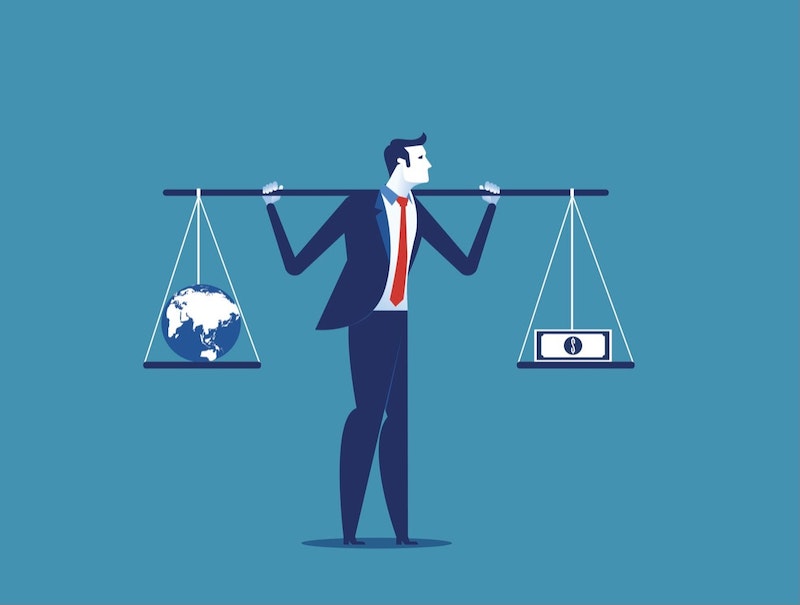 Lockdowns are one of those policies, such as war, that might at times be necessary but should never be embraced with enthusiasm. Beware the totalitarian mind that enjoys imposing such things—or worse, pretends to take no joy in them but is oddly quick to enforce such “grim necessities” anyway, seeing in them “the moral equivalent of war.”

You sense the itch to expand government’s perceived anti-COVID mandate into the latest all-purpose rationale for government-action-in-general. Resistance to lockdowns is now labeled “toxic individualism,” as if the American character was never quite Chinese or Soviet enough to keep us healthy. One bad disease and concerned theorists the world over mull whether Western democratic liberalism was always too free to cope with crises.

New York’s Gov. Cuomo, almost as if worried vaccines might mean the end of petty dictates against small businesses, barks that any institution doling out vaccinations in a fashion at odds with government’s elaborate tables of who’s most deserving when may face a $1 million fine. The state can’t let people just distribute these precious vaccines willy-nilly as if they grow on trees, after all—though even in these dire times, the state and New York City have $1.6 billion to spend opening a gigantic new Penn Station, all skylights and blue girders, which I’m guessing few of my fellow New Yorkers have ever even seen, given how rarely we move about or travel these days. Take heart knowing a palace has risen in Midtown, though you may never see it.

No matter the crisis, resources for Big Government and (as the bizarre stock market highs of late suggest) Big Business projects always seem to be available while small businesses suffer, as they have in every real or proposed plan for coping with COVID. I respect Progressives’ intellectual integrity enough to suspect some of them recognize and revel in the immense victory that COVID is handing them (at humanity’s expense).

After all, the real long-term project of Progressivism when the philosophy was born some 130 years ago, though most people have forgotten, was not merely to foster Big Government, nor any specific cultural agenda, but to fuse Big Government and Big Business, cutting out all those little Tocquevillean institutions in between that don’t as easily lend themselves to big plans made by big men with “big sticks” and big regulatory agencies. By that old-timey metric, the Progressives have now won.

After a century of pretending Big Business and Big Government were at odds and checking each other’s excesses—much like the related pretense that the hostile, co-dependent relationship between the right and left yields a healthy balance—we find ourselves completely surrounded.

If 2020 hadn’t been a wasteland in which few of us made it to cinemas, I could get some nods of recognition by likening the one-two punch that has felled us to the “temporal pincer move” preferred by the time-agents in Christopher Nolan’s sci-fi/espionage film Tenet, out four months ago. As some of the precious few who saw that film say, you needn’t fear spoilers because even if Tenet is explained to you in minute detail, you probably won’t be able to follow what’s going on while you’re watching it. Thus, I’ll blab that in the film there are agents moving both forwards and backwards in time—sometimes walking backwards or dodging reverse-explosions that transform from dust clouds into landmines, etc.—somehow thereby coordinating takedowns of villains and rival intelligence agencies, I think.

In any case, we shouldn’t assume that normal linear modes of thought—such as that simple right-left political spectrum people keep using—have prepared us for the cul-de-sac into which the powers that be have finally maneuvered us. All our instincts scream that if you feel pain on your left side, you move to your right, and vice versa. If you feel stifled indoors, you go outdoors, or vice versa. You fear government, you turn to market institutions for escape, or vice versa. You dislike one state or country, you move to the next. None of those instincts will afford you escape now.

It’s Gates and Pelosi and Trump and Bezos and Cuomo and package tracking and border patrols and streaming services and listening to your conversations and digitally monitoring your vaccination status and quarantining out-of-state travelers and closing your business and mailing you a relief check all the way down. No matter what happens next, no one really believes that it’ll be a diminishment of the influence of the bigwigs, at least not in the near future. They may let you eat. They may let you move about. But no one right now thinks they will simply go away and let you be.

Adults haven’t suffered this new bipartisan, spectrum-spanning regime long enough to think it’s normal or entirely appropriate, but it’s powerful and pervasive and by now long-lasting enough that those concerned about the future of freedom should start looking to the rising generation, Z, and asking whether they’ve been duped into thinking all of this is normal and permanent. I hope not. They have, however, been somewhat prepped for it by school shooter-drill lockdowns, helicopter parenting, and other manifestations of paranoia.

Rather than waiting a few months and then emerging from their streaming-and-Zoom cocoons into the real world, they may find themselves relentlessly propagandized with the idea that the pre-COVID world was always unsafe. They’ll be told there weren’t only germs for which we were ill-prepared and businesses so fragile that perhaps they never should’ve been attempted—along with needlessly dense crowds at amusement parks, rock concerts, churches, and other silly before-times institutions—but political divisions that caused people psychic distress and made it harder to overcome emergencies. Progressive unity—government, business, and science—put an end to that.

You don’t want to go back to the Trump times, do you, or even worse, the barbarous pre-Trump times? So many people were dying and unable to breathe back before Bezos and Fauci and the other great men with big sticks arrived to guide us to our small but vital airpockets and keep us well. Await the next delivery to your lifepod and be grateful things are so much better now.