Can politics exist without the media’s influence? 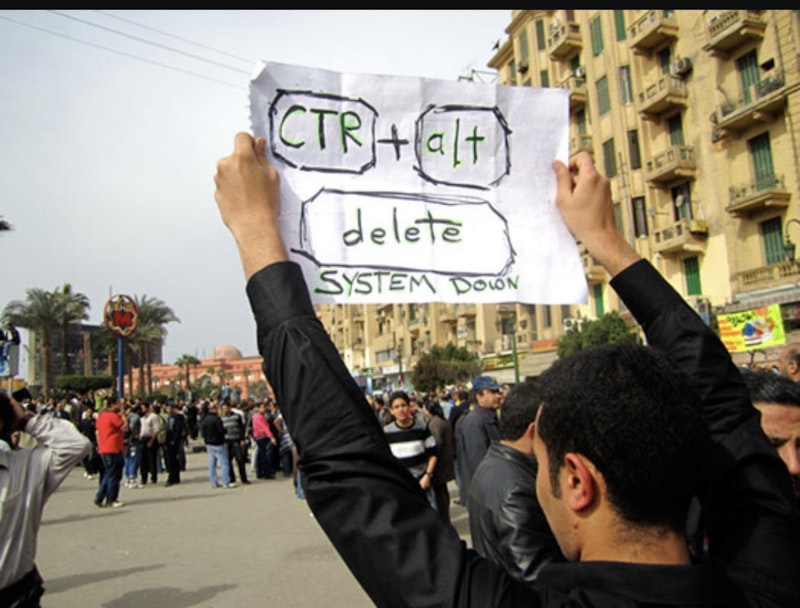 A few days ago, I saw a meme that was floating around Facebook. It featured Mel Gibson in the brilliant representation of a dystopian vision of violence, Mad Max (1979) with the following caption: “Not To Alarm Anybody…But Mad Max Took Place in 2021!” At first I chuckled, and almost re-posted it. But I was gripped by two thoughts: I don’t seem to remember that Mad Max takes place in 2021, and why do I keep looking at any memes?

I researched the true time line that takes place in the film, and it's not 2021. In fact, it’s not even close. So, whoever made the meme was clearly wrong (either on purpose or they never bothered to actually look up the correct information) and have used the image of angry Mel Gibson to move us slowly into a supposedly humorous submission of what 2021 might bring.

On the surface, this little experience means nothing but it stuck with me. Not only did I spend time to research this, which inevitably sends one into a complete Internet spin and loop, but it also revealed something about the users of the social media (not to mention the meme creator). If memes are taken to beways of communicating with each other, then one could safely assume that a lie about Mad Max has spread, and possibly many other people will take this as truth.

Although the false knowledge of the film’s time line is hardly a cause for concern, this is yet another aspect of continuous misinformation that’s daily spread in the news, but especially social media. Alternate realities exist, which are primarily composed of outright lies, and this is most visible in our so-called political discourse. Users on Twitter and Facebook engage in arguments over what’s either a lie or some kind of spin, and in this battle between appearance and reality, we see nothing but a series of meaningless exchanges that most often don’t lead to a productive dialogue.

The persistence to engage in such behavior continues. Twitter, in particular, presents itself (for the most part) as a pile of toxic waste, which users slog through. The problem is not merely behavioral but political as well. Twitter has engaged in an incredible, Soviet or Stasi-like censorship, and one wonders whether it’s wise to spend any time on the site. Shouldn’t we be thinking about creative ways to connect and not be censored, or is it all beyond our control?

The emergence of other platforms, most notably Parler, has caused many conservatives and generally, people that don’t fit into the woke-ist mold, to leave Twitter. For many, this isn't even a choice because they’ve been banned from using Twitter. Many have both accounts, but often complain that Parler is just an “echo chamber”—a bunch of conservatives and libertarians complaining about leftism. In other words, there are no leftists on Parler that one can presumably argue with.

I find this untrue. Twitter is also an echo chamber but of a different kind. Naturally, the leftist voices are encouraged and strategically placed in the foreground of the platforms. Twitter decides what is “trending,” what’s most important and deserving of your attention, and most of all, what’s truthful. This alone is frightening, but let’s set that aside for the moment, and focus instead of what happens when conservatives and leftists engage on Twitter.

Naturally, there are plenty of insults that are thrown around. Logical arguments are rarely listened to, and on top of it, people are put on the list. My recent experience testifies to that: after having written a positive review of Netflix’s Cuties, I was promptly called a “pedophile” and put on a Twitter “pedo list.”

Not everything is this extreme. Let’s consider communication between members of the conservative and leftist media. They're rarely dialogic or logical. Instead, it’s a lot of virtual shouting. If conservatives think they’re not in an echo chamber on Twitter, they’re mistaken. The already convinced conservatives will nod and agree, and the leftist will either not listen, or feign interest by engaging in dismissal and bullying.

The conservative reaction to everything that the leftist mind does is a waste of time, especially if it involves commentary on obnoxious Tik Tok videos of “frontline” nurses and doctors, who act as if they’re working for the Red Cross during World War II; or a “take down” of yet another loon who decided to make a video of herself pathetically crying in the car about how Trump is making her fat; or even repetitively going after leftist writers who have, yet again, exhibited lack of knowledge and willful spreading of misinformation with an intent to destroy the opposition.

This strange discourse on social media goes back to the question of behavior. The way things are moving, it’s clear that such a reality is unsustainable. One could argue that it probably ceased to be sustainable years ago, but Twitter’s active censorship about the election fraud has reached a new level of absurdity. If Twitter is affecting such significant matters, then why should we have any expectations that the discourse will improve, or that we have any impact at all? Aren’t we repeatedly giving voice to the leftist ideology when we comment on every dumb thing that’s been said? That’s a lot of virtual debris, and it’s not only changing the way we think but is also exhausting our souls.

One of the more pressing issues is that social media has erased the public square, in which every citizen has the right to speak. If a free thinker (no matter the point of view) is suppressed and isn’t allowed to have a political life, which includes engagement on social media, then he’s no longer engaging in politics. In The Promise of Politics, Hannah Arendt writes that “The meaning of politics is freedom… our experience with totalitarian governments, in which the totality of human life is claimed to be so totally politicized that under them there is no longer any freedom whatsoever.” In other words, the disappearance of the public square has rendered a person voiceless, and social media is perpetuating an illusion that the voice of dissent and freedom is heard.

How do we break this system? How do we shatter the mirrors and illusions that perpetuate voicelessness of free people? The answer might be simple: leave or spend as little time as possible engaged in meaninglessness. But what about life outside of social media discourse? Can politics in its most authentic sense exist without the influence of the media? How do we take the rightful role as citizens back from the arbiters of power? The fight for freedom of thought has to begin outside of social media because Twitter, Facebook, and all the other purveyors of illusions have imprisoned us in our very own “Truman Show.” This battle’s just beginning.