The Terminal Persecution of Julian Assange

If Assange is somehow freed, his credibility and influence are gone. How much of that is his fault depends on what you believe. 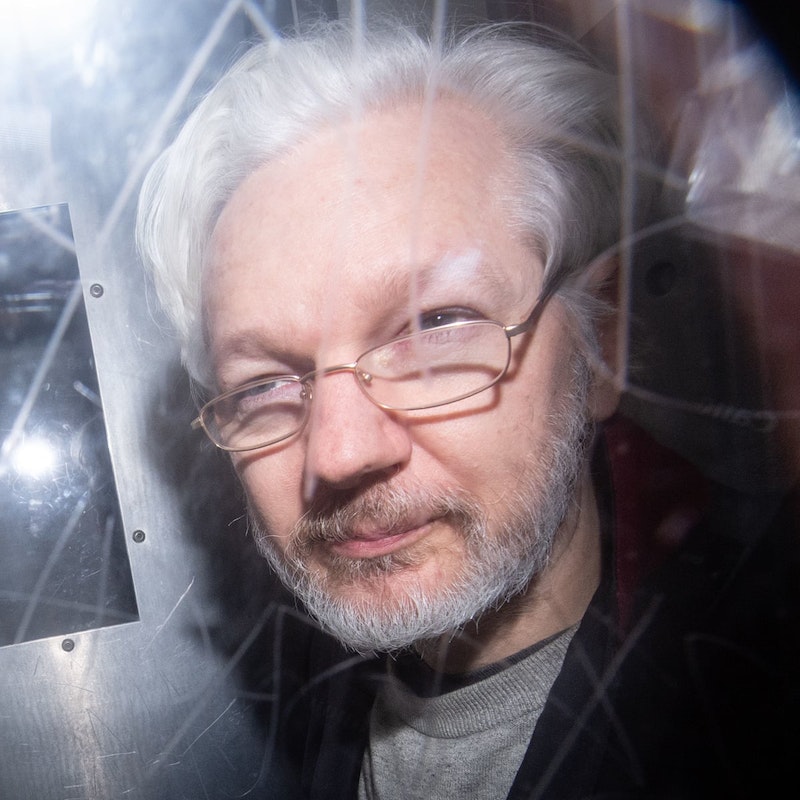 On Monday, a British court refused to extradite Julian Asssange to face espionage charges in the United States. The judge reasoned that Assange displayed psychological vulnerabilities that rendered him unable to handle isolation conditions in a maximum security U.S. prison and made him a likely suicide risk. The  judge cited the likelihood that Assange could be held in the same federal prison as convicts like Theodore Kaczynski (the Unabomber) and Joaquin Guzman (El Chapo).

U.S. prosecutors will appeal as Assange’s lawyers request bail. Later in the day, Mexico offered him asylum, so if he were to get bail and get to Mexico, he might find temporary safety. Given that the only crime Assange has been convicted of is jumping bail in the UK, though, it’s unlikely.

Assange’s defense team will take whatever victories it can to keep their client out of U.S. custody because he stands no chance against Espionage Act charges, where he’d be restricted from citing classified information in his defense. Chelsea Manning, who the U.S. government believes collaborated with Assange, was unable to defend herself in a court martial proceeding, despite having a reasonable whistleblower claim as she exposed wrongdoing by the U.S. military. Edward Snowden, who exposed an illegal government mass surveillance and data collection program, stays in Russia for this reason. Assange, with no ties to the US, would be wise to stay out of the jurisdiction. He’ll never get a fair trial or hearing. He’ll also find little useful public support from U.S. liberals. Assange’s reputation has been fully ruined.

The British judge pointedly didn’t deny the extradition free speech grounds, agreeing with U.S. prosecutors that charges of document theft in collaboration with Manning wouldn’t be protected speech. For now, Assange will remain in Britain and absent an unlikely presidential pardon from Donald Trump (whose Justice Department prosecuted him in the first place) the next moves will fall to Joe Biden’s administration. Biden pointedly called Assange a “high tech terrorist” after Assange allegedly assisted Manning in releasing U.S. military and diplomatic information.

We’re a long way from Wikileaks’ origins in 2006. Assange used to be a respected activist and Wikileaks won mainstream journalism awards. At one point Saturday Night Live mocked Time for making Mark Zuckerberg its “Person of the Year,” quipping that Zuck steals information to sell it back to us while Assange gives us the information that was rightfully ours.

In the summer of 2010, Assange was charged with rape in Sweden. Months later, he was arrested and posted bail. In 2012, the UK agreed to extradite him. Assange sought refuge in Ecuador’s embassy. Ecuador declared Assange a political refugee. Naturally, Assange maintained his innocence of the rape and molestation charges in Sweden and floated the idea they were part of a politically motivated prosecution. It didn’t help his image, as he spent the next seven years hiding in the embassy. Sweden eventually dropped all of its charges as too much time had passed. This was around the time that Ecuador’s Lenín Moreno became president. Assange no longer faced charges in Sweden but had jumped bail in the UK.

The US and the UK leaned on Ecuador to resolve the issue. Ecuador allowed UK authorities to arrest Assange for failing to surrender to his warrant and he was sentenced to 50 months in prison in May 2019, the maximum bail-jumping penalty. That means he should’ve been released in April 2020.

While #MeToo may have been seven years off in 2010, it didn’t play well with the American left for Assange to claim victimhood over the rape charge. Further, it couldn’t have endeared Assange to the American left that Wikileaks was at odds with the Obama Administration as the George W. Bush bogeyman faded.

Then came the 2016 election and whether on purpose or just because Wikileaks can only publish what’s leaked to it, American Democrats got the impression that Assange wanted to thwart Hillary Clinton’s campaign. Trump promoted this, proclaiming, “I love Wikileaks.” Furthering Assange’s turn to villainy came the accusation that the Wikileaks election releases were the result of Russian intelligence hacking the Democratic National Committee. This meant that Assange was either a useful idiot for Russian election meddling, an unwitting dupe for it, or a feckless collaborator. That Snowden, one of Assange’s collaborators, lives under Russian protection doesn’t help.

Meanwhile, Assange seemed to be feuding with his hosts. Ecuador’s new government didn’t want him creating further diplomatic pressures and he was refused Internet access while negative stories leaked about his poor manners and hygiene.

Assange’s image devolved from a hero of radical transparency and opponent of state secrecy to pampered tech bro, likely rapist, and pal or patsy of Vladimir Putin. Also, dirty and rude. The British judge described him as a suicidal, mentally strained, high-functioning autistic with Aspberger’s. If Assange somehow escapes with his freedom, his credibility and influence are gone. How much of that is his fault depends on what you believe, but his opponents have exploited his every misstep and vulnerability.