Donald Trump is Still King of the Republicans

The base loves that big crybaby. 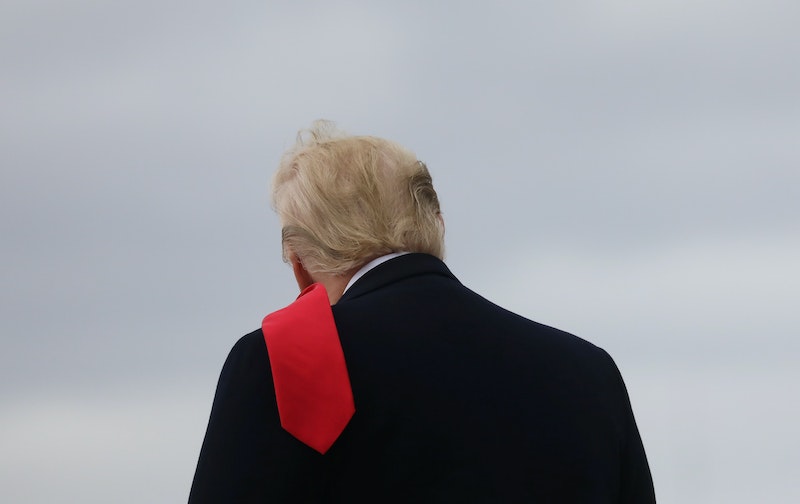 For those who like breezy assurances, I present the thoughts of two long-standing liberal bloggers on Donald Trump and his allegedly impending political demise. “Within a few months of January 20, Donald Trump will be forgotten like a bad nightmare,” writes Kevin Drum. “Virtually everybody has an incentive to ignore him, especially after the wholly deranged behavior of his final two months.” Duncan Black, known as Atrios, opines: “I still stick with my belief that the Trumpkins will lose interest in their hero and move onto something else (maybe something worse!). Once he loses the power to OWN THE LIBS, he won’t be very much fun anymore. The cameras will follow him around for too many months after Biden is inaugurated, but that will fade, also, too.”

Personally, I predict no eclipse. Trump rules the Republicans because their voters love him. These voters won’t stop now. Trump followers have no incentive to forget their man, nor do they much care about results. They loved Trump before he had power, back when he was a TV businessman opening his fool mouth on debate stages. They loved him when he had power and spent four years not building a wall and not getting Mexico to pay for it. They’ll love him after he has power and he’s whining about how it was taken away.

What they like is a good show, and Trump is the show that hits them where they live. The biggest, richest, and loudest white man on the planet suffers a great deal and wants everybody to know. This clicks with his audience, it resonates. They’re white Americans and the world should be theirs; it isn’t and keeps reminding them of this in ways big and small. The resulting pain throbs within them, and onto the stage steps a person shaped like a billboard. He opens his mouth and out pours a song—Yes, I am a great man and powerful, the top of creation, the lord of the world, and everyone keeps picking on me. They love that song.

Now the world’s biggest crybaby has more to cry about than ever. Resentment, pain, longing—Trump will sing to his fans like a Czech balladeer under the Russians, if a balladeer can sound like a garbage truck. The sorrows under discussion will be chiefly his, since he’s the one who got kicked out. But the folks will have a stake. Skunked yet again by a lying system, they’ll have lost their president. Their available revenge will be to vote against whomever he tells them to vote against. I say chances are good that he’ll tell them, and they’ll be listening even if he’s in jail or has fled the country. (The Republican base doesn’t care about Washington’s laws; it cares about their chief.) Donald Trump will depart as head of the nation’s executive branch. But he’ll remain king of the Republicans.