How in the World Will Joe Biden Last Four Years?

I hope he serves out a full term, because Kamala Harris would be worse. 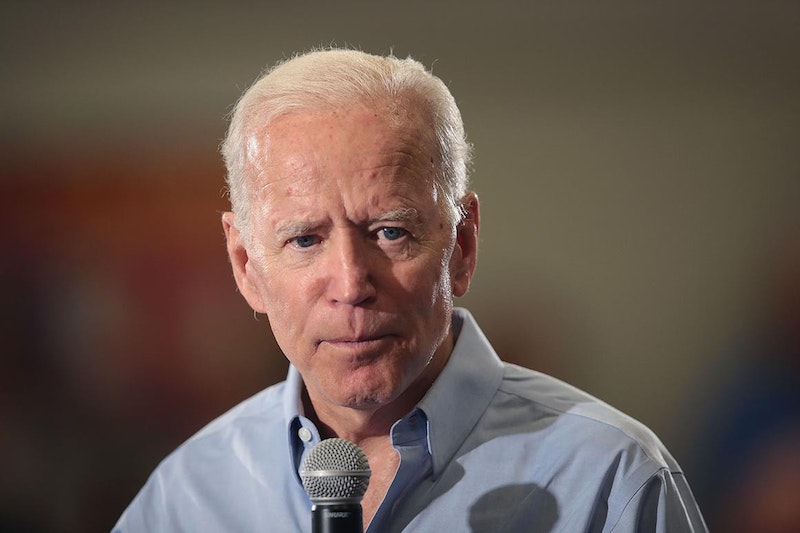 How long will Joe Biden be president? Will he serve for four years? Will he voluntarily resign in his first term? Will he die in office? As someone who voted against Biden in Massachusetts, I hope he serves out a full term because Kamala Harris would be worse.

There’s been plenty of coverage about Biden’s cognitive ability, especially in right-wing media, given his penchant for saying stupid things, whether he’s asking a reporter if took a cocaine test, telling people they’re not black if they vote for Trump, yelling gibberish into a microphone, threatening to slap a Detroit autoworker in the face, calling a young woman a lying-dog faced pony soldier, or calling an Iowa voter fat and challenging him to a pushup contest. Maybe he’s just an asshole, but it’s not the way one expects a president to speak publicly. Even Donald Trump picked his targets more carefully.

Biden’s 78. That’s the average lifespan in the United States and the average lifespan for a white person. However, Biden’s wealthy, isn’t overweight, and has access to top-notch medical care. The Journal on Active Aging says that Biden has a 95.2 percent chance of survival over the next four years compared to an average of 82.2 percent for other men who are the same age. They note that Biden had his gallbladder removed in 2003, he had a non-cancerous tubular adenoma in 2008; and that he has mild diverticulosis. They said he uses these medications: Eliquis, Crestor, Nexium, Dymista, and Allergan. Additionally, he had a life-threatening brain aneurysm in 1988. So for his age, he’s in better physical health than most. The other problem is Harris.

The Democratic Party has the kind of opportunity they dream of when it comes to Harris: minority woman president. She’s a habitual liar and flip-flopper—specifically on Medicare-for-All, which would be by far the biggest entitlement program in U.S. history—who laughs off serious questions. But aesthetically, she checks off a couple of diversity checkboxes please millions of Democrats.

Harris wants to be president. She ran in 2020 and dropped out before the first primary. It might’ve had something to do with Tulsi Gabbard ripping her for prosecuting people for marijuana possession as district attorney of San Francisco. It came after Harris tried to smear Biden as a racist for rightly opposing forced bussing. It was ironic because they’re both enemies of the school choice movement that gives minority students better opportunities without punishing white people. Harris thinks it’s okay for the government to force young children to attend worse schools on the other side of the city in a dangerous neighborhood for the sake of wokeness—or else you have to pay a lot of money to put your kid in a private school. No wonder why it escalated racial tension in Boston, and they loved George Wallace in 1976.

So either Harris is disingenuous and didn’t believe what she said when she went after Biden, or he’s still the same racist old cracker he was in 2019. Take your pick. There was a piece in The Hill recently wondering if it’s reasonable to start talking about transitioning to a President Harris. It touches on how eager Trump’s opponents were to use the 25th Amendment against him. Under Biden, that seems unlikely. At least with Mike Pence, Trump opponents would have an establishment figure to serve out the term. For Republicans in Congress, what’s the sense in moving to someone who’s more left-wing and co-sponsored the Green New Deal?