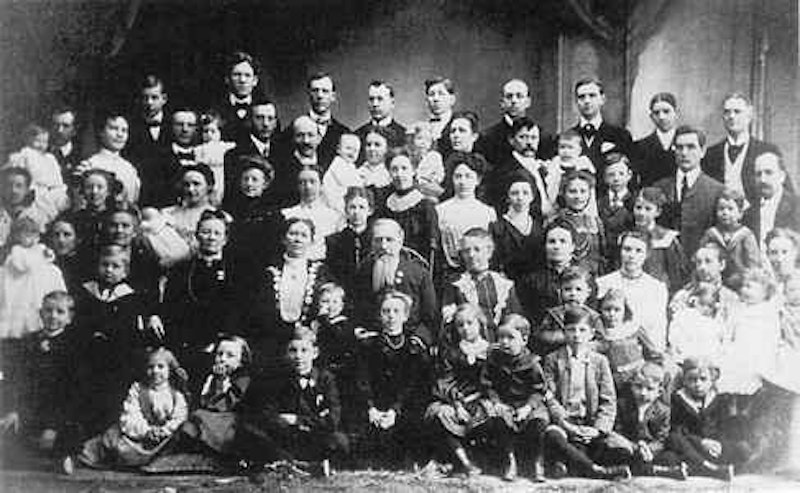 A Utah judge recently relaxed restrictions on polygamy in the state. As a progressive and a feminist my reaction is: okay. Conservatives were warning that gay marriage rights would lead to polygamy, and I don't have any problem with that happening. I've just finished writing a book on William Marston, the creator of Wonder Woman, who lived in a polyamorous relationship with his wife Elizabeth and another woman, his former grad student Olive Byrne. The Marstons seemed quite happy. William Marston had two children by each partner; the women named their kids after each other and lived together for 40 years after Marston died. They were all consenting adults; the arrangement seemed to make them all happy. Why should it be illegal? For that matter, why shouldn't they all have been able to marry each other if they wanted? Sure, some polygamous arrangements can be patriarchal and disempower women, but some heterosexual marriages are patriarchal and disempower women. I don't think you should outlaw the second, so there doesn't seem like any reason to outlaw the first.

Conor Friedersdorf wouldn't exactly be surprised at this reasoning, I don't think—in a recent article in The Atlantic he argued that progressive support for gay rights could lead to support for polygamy. But he also says that progressivism and opposition to polygamy make natural bedfellows.

Among libertarians, liberals, social conservatives, and progressives, it would seem to me that the last would have the easiest time banning polygamy without contradicting other principled stands that they take: Progressives are the most comfortable transgressing against religious liberty in the name of women's rights and substituting state judgment for parental judgment in the name of advancing child welfare. And when the progressives come to more thoroughly regulate home-schooling, as they inevitably will, I expect that the social conservatives, the libertarians, and the polygamists will invoke the same principles in opposition.

According to Friedersdorf, progressives are willing to restrict freedom in the name of women's rights. Therefore, logically, Platonic progressives should be the most comfortable in restricting polygamy.

Friedersdorf is a libertarian, and he's consistently criticized both parties. In his post, he's arguing that both conservatives and liberals have principles—religious freedom and gay rights, respectively—which should make them open to supporting polygamy. I wish conservatives would embrace religious liberty and oppose government intervention in the name of religious principles. Some conservatives do, I'm sure. But that isn't where the mainstream of conservatism is, and suggesting otherwise is simply wishful thinking.