Why have kids if there’s no future? 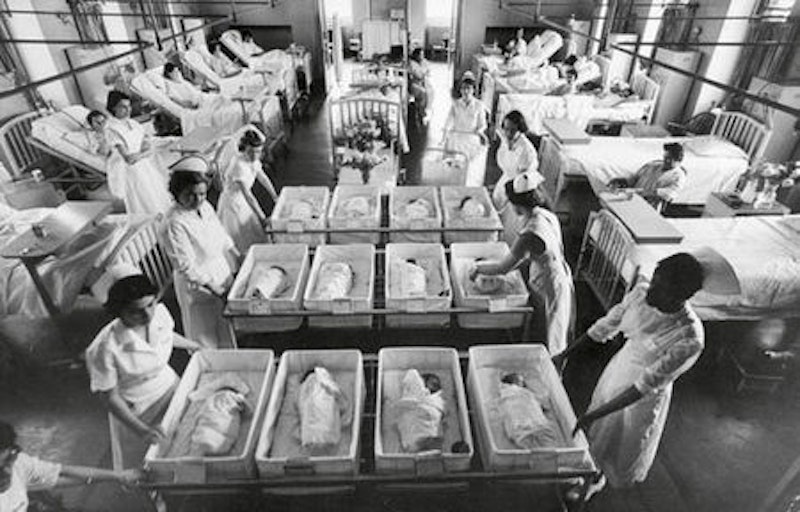 Yesterday morning in the shower I was listening to Dan Rodricks talk on Baltimore’s public radio station WYPR with journalist Lauren Sandler about how the country’s birthrate is at its lowest point in recorded history, and how the idea that having kids is an essential step towards becoming a normal, well-adjusted adult. Sandler mentioned specifically how having kids gave meaning to the lives of the parents. The thought “How could I possibly bring any children into this life?” has been around before any of us were born, but can you blame anyone for thinking like that? The Great Recession has dampened expectations of anything but a diminished future built around a collapsing culture. I don’t know if I want kids, but the option might not even present itself: I’m 21 now, and there’s a consensus in the scientific community that the damage we’ve done to the planet’s climate is irreversible and will probably lead to another Great Extinction within our lifetime, and certainly within the century.

How can you not feel pessimistic when people like Matt Drudge still sarcastically cite huge snowstorms as evidence that “global warming,” an egregious misnomer that still makes people think the phenomenon will only make the planet hotter. It’s almost 2014, how is this not clear? Climate change is making the weather more extreme in both directions. Forget about not making a living as a writer or an artist, how about the prospect of fighting in a guerrilla war when the food runs out? Our country is not a special snowflake. Generation X was disillusioned; we’re practically anesthetized to the outside world. We know about every atrocity that is committed in our collective name, and we can’t even begin to process it. The horror of our behavior after the unspeakable horror of 9/11 has all put us in the fetal position. The idea of bringing a child into a powder-keg world to give our own lives meaning seems selfishly cruel and unnecessary, only because they might not have a world to grow up in.

The early teens are over. The hope of another Roaring 20s is dim but we have nothing to lose and no one to look after. Let’s self-destruct on our own terms.