Vaccines save lives and should be mandatory. 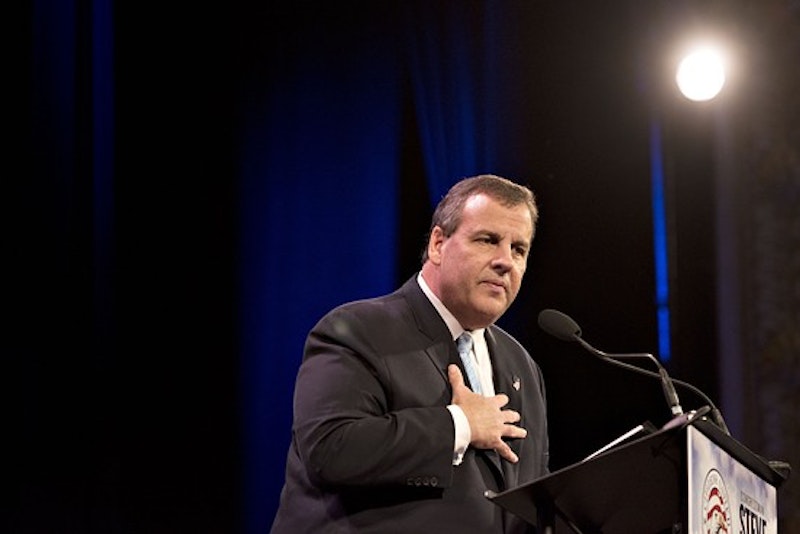 As news of the measles outbreak continues, there’s growing discussion over the increase in people not vaccinating their kids. One of the core talking points is a debate over mandatory vaccinations. What I find really interesting is that many right-wing pundits and politicians are making the argument that parents should have freedom of choice about vaccinating their kids. These same talking heads would eagerly describe themselves as “pro-life.”

Igniting the discussion was New Jersey Gov. Chris Christie (R), whose visit to a science company in England ended with a discussion with the press about the measles outbreak. He called for “some measure of choice” in regard to requirements that parents have their children vaccinated. During an appearance on CNBC, Kentucky Sen. Rand Paul (R) said, “I’m not arguing vaccines are a bad idea. I think they are a good thing. But I think the parent should have some input. The state doesn’t own our children. Parents own the children.”

These two politicians are “pro-life.” So I find their take on mandatory vaccines not only hypocritical, but also curious. It’s out of the desire to protect a woman’s right to abortion and reproductive healthcare access that the use of “pro-choice” came to be used. The concept of being “pro-choice” isn’t just semantic, but ideological as well. The foundation for the Roe v. Wade ruling itself is rooted in a patient’s right to privacy, and that the government doesn’t have the right to come between a female patient and her doctor regarding her personal choice of treatment. And if that choice means ending a pregnancy she doesn’t want or can’t handle, so be it.

So it’s strange to see people indentified as “pro-life” make use of the language of choice, particularly in the face of a potentially fatal illness. In a 2014 speech, Gov. Christie spoke to his fellow Republicans: “When we say we’re proudly pro-life, we have to be pro-life throughout our entire lives.” He went on to describe how it applies to education and employment opportunities, and leads one to assume that it must surely include healthcare. On his own website, Sen. Paul declares: “I am 100% pro-life. I believe life begins at conception and that abortion takes the life of an innocent human being.” Measles also has the potential to take the life of an innocent human being.

In 1988, author Roald Dahl penned an open letter to the people of the United Kingdom, urging them to vaccinate their children. In the letter, he describes the 1962 death of his seven-year-old daughter, Olivia, from measles. Her decline was rapid, succumbing to the disease within a day of exhibiting the first symptoms. In his letter, he reminds us that even when the measles isn’t deadly, it is still very dangerous, and can result in permanent physiological damage.

If there’s anyone who needs to heed this lesson the most, it might be Laura Ingraham. In discussing Gov. Christie’s remarks on her radio show, she dismissed the dangers of the measles outbreak: “Measles is fairly manageable… Measles is not generally a deadly disease… I know a bunch of kids in our school growing up had measles, and chicken pox… I just don’t think it’s that big of a deal.” In fairness to Ingraham, modern medicine has made measles considerably less lethal. However, I feel she’s doing the members of her audience a dangerous disservice by downplaying the risk.

In a recent interview, Melinda Gates gave some insight into both the fears of the Third World and the privileges of the First World: “Women in the developing world know the power of [vaccines]. They will walk 10 kilometers in the heat with their child and line up to get a vaccine, because they have seen death. [Americans have] forgotten what measles deaths look like.”

It’s in Gates’ words that I also see the irony of the positions the right wing takes about women’s healthcare choices. The movement to legalize abortion didn’t solely come from the danger posed by “back alley” abortions. It also came from women facing risky pregnancies who had no choice but to die so that the fetus might live. The push for birth control didn’t just come from a desire for a more easily planned life, it also came from women who desperately needed more recovery time between pregnancies, or if pursuing pregnancy at all was a health risk.

In the face of those risks, the Republican Party has made pro-life a major component of that platform. On the state level, they haven’t shied away from legislation that compromises women’s choices to end their pregnancies. It appears the goal is to spam the states with increasing red tape to the point that the Supreme Court will eventually have to revisit Roe v. Wade. Even if they don’t succeed in overturning the law, there’s the appearance of satisfaction in over-regulating abortion into impracticality. The Republicans need to stop calling themselves “pro-life” if they’re not going to take that position consistently. If Gov. Christie really believes that being pro-life pertains to life beyond the womb, then vaccinations have been proven to be as pro-life as it gets.