Atheists Have Killed Before

How they can try not to again. 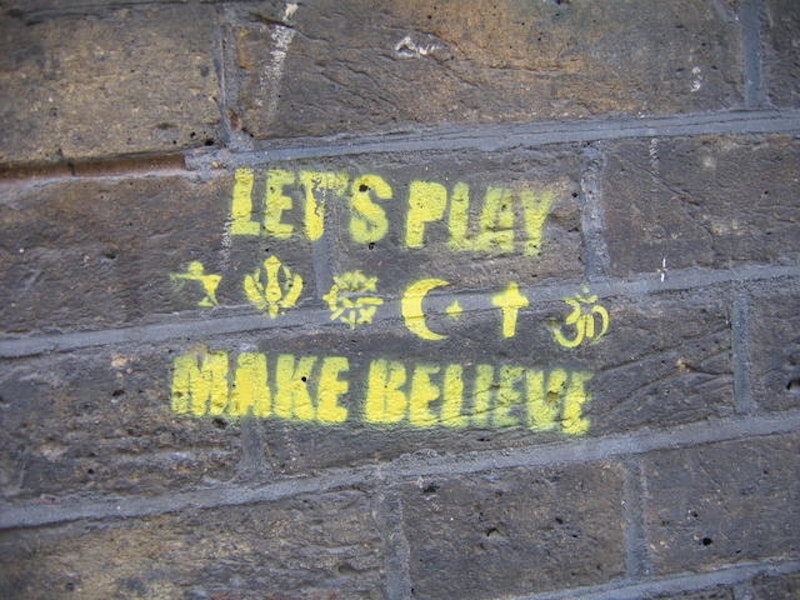 Atheists are, in my experience, unusually reluctant to admit that their lack of faith can lead to violence. In Christianity, there’s an established tradition of acknowledging the religion's long and bloody history—as Barack Obama's recent prayer breakfast speech demonstrated. Many Christians didn't like what Obama said—but at least there's an established (and longstanding) dialogue there. It even has a specific name: Constantianism, which refers to the way in which the Church has become involved in, and corrupted by, its relationship with state power.

Atheism doesn't have any equivalent concept—and as a result, the murder of three Muslims in Chapel Hill by an avowed atheist has resulted in a certain amount of consternation and confusion. We don't know the exact circumstances of the killing, but it certainly seems like anti-Muslim prejudice was involved. Such prejudice is, as several commenters have pointed out, prevalent in the writings of atheist or New Atheist leaders, like Richard Dawkins, Sam Harris, and Christopher Hitchens. As Amanda Marcotte wrote, "If it’s just as easy to imagine a big Bill Maher fan going after Muslims as it is to imagine a Fox News fan, then we have a serious discussion on our hands about whether or not we really are rising above the cheap tribal politics we abhor in the believers."

Marcotte's willingness to acknowledge the downsides of recent atheist philosophy is heartening and admirable, but I think it still underplays atheist complicity in violence. The fact is, atheism, and its close attendants reason and anti-clericalism, have a history that, while not extending as far back as religion's, is not noticeably less bloody. Believers may be mired in "cheap tribal politics," but more expansive nationalist and internationalist politics, cheap or otherwise, don't have a much more admirable track record.

Exhibit A would be the French Revolution and its terror. A watershed moment for nationalism, the French Revolution was philosophically built on a commitment to atheist-leaning deism and anti-Clericalism. The guillotine fell in the name of banished superstition and death to tribal religious commitments. In the same vein, Marxist historical science saw religion as a bourgeois delusion designed to bamboozle workers, who were supposed to be rationally engaged in the egalitarian class struggle. From the revolutionary war against the Vendeé to the revolutionary murders of the Falun Gong, atheistic regimes have seen religious commitments as a threat to rational centralized authority, and have taken steps to bury those threats in shallow graves.

When atheists are confronted with historical examples like these, they tend to deny the relevance. The French Revolutionaries weren't technically real atheists; deists don't count. Or Marxism is really, truly, secretly a religion, so its crimes shouldn't be attributed to atheists. Or atheism is not in fact a system of belief; it's simply unbelief, and as such has no history or traditions, bloody or otherwise, for which it can be held accountable.

There's some truth in these arguments. Atheism obviously doesn't have to lead to violence; Robespierre and Stalin were very different, in numerous ways, from Richard Dawkins, or (to name another atheist) from me. But it's also true that Mike Huckabee is not a Crusader, and that the vast majority of Muslims in the world find the killing of French cartoonists abhorrent. Any tradition can be used for evil; that doesn't mean that everyone who holds to that tradition is culpable for all the violence done in its name.

But not being culpable is different from denying that the violence happened, or that it matters. If you’re part of the Christian community, it behooves you to acknowledge the ways in which Christianity's message of peace and love has been at times distorted, if only so that you can better fulfill that other Christian virtue of humility. If you’re part of the Muslim community, you need to acknowledge the violence done in your name if you want to figure out ways to ensure that that is not what your religion is about.

And if you’re an atheist, you need to think through the ways in which adherence to reason can be an excuse to kill the less reasonable, and that rejection of tribalism can become a call to execute people with supposedly narrower dreams. Christians, Muslims, and atheists of goodwill all can, and should, reject violence—they all can say, "This is not what my community is about." But I don't think you can do that effectively if you don't first admit that some people have taken ideals—of love, of community, of reason, of universality—and used them as a way to tell themselves, "We are better than everyone else, and we therefore have the right to kill." You don't get rid of violence by denying that there is violence. Rather, you get rid of it by thinking about how violence has gained a hold on those in your community, so that you can keep it from doing so again.