Politics Is Awash in Money. So What? 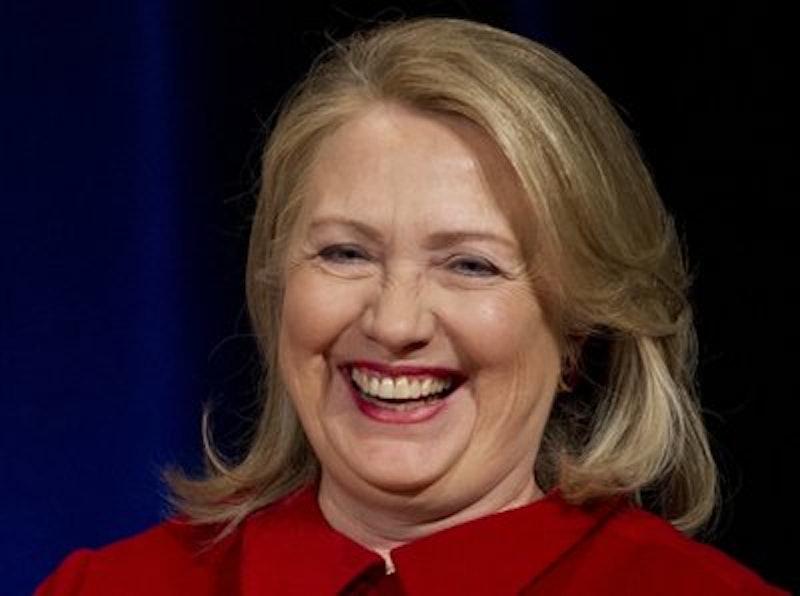 Americans live in a political era of huge amounts of money floating around. Get over it. Liberals were aghast—translated: drooling—when a long New York Times story about the disparity of large donations filling the coffers of presidential candidates was released a few weeks ago. (I say “released,” because in Times-style it read like a DNC press release.) The breathless article reported that 158 families have provided half of the political donations so far in this presidential cycle: 130 of them filled the troughs of the GOP. The amount totaled $176 million, which, when the election is over, will seem like peanuts.

Naturally, social media sites were filled with this example of “income inequality,” and brothers-and-sisters-in-arms liberals beseeched each other to “spread the story around.” Yawn… oh, sorry I took a brief snooze while considering this, for the fact that big-bucks families have skewed overwhelmingly Republican since Obama took office has been chewed over for years now. Never mind that it was Obama who first opted out of public financing during the 2008 election against the hapless John McCain; or that the incumbent had a shade more money at his disposal than Mitt Romney in 2012 (both topped $1 billion). And while Bernie Sanders has been passing the tin cup online like a subway panhandler, and has been quite successful in soliciting those coveted “small donations” from “ordinary” Americans, if his campaign continues to draw interest, the heavy hitters will follow suit. Oh, and I must’ve missed the news that Hillary Clinton has suspended her campaign because her threadbare operation has gone bankrupt.

Frankly, I don’t give a hoot that the political system’s awash in money—some dirty (meaning trolling for favors), some ideological, and some just because it’s the thing to do—because it doesn’t really affect the presidential election. Right now, Clinton’s the favorite to succeed Obama, even if she has to scrape by with the money of foreign contributors and that of the vast Clinton arm-twisting network. I won’t even hazard a guess as to the identity of the GOP nominee, but he (I’m assuming that Carly Fiorina will get knocked out early in the primaries) will have lots of dough to spend as well. Except for the brief post-Watergate period, hasn’t money always flowed freely in politics? JFK and Nixon weren’t hampered; and every election since 1980 (once the Watergate loopholes were exploited) has escalated in spending. The same holds true for Congressional races, with the incumbents flush, even if, as in 2010 and 2014, some upstarts stymie the status quo. My only beef with this largesse is the amount of political advertisements on the tube prior to an election. (For example, in 2014, Maryland’s Lt. Gov. Anthony Brown, a Democrat, spent $20 million annihilating his unknown challenger—Republicans in Maryland are as rare as affluent journalists admitting they’re not ‘jes regular folks—and it backfired. So Larry Hogan was the recipient of a wave of sympathy and took the governorship.)

Also, it’s hardly mentioned, but the vast amount of money in politics does benefit the economy, whether it’s TV stations, campaign staffs or get-out-the-vote efforts. Elections are like holiday-hopeful fourth quarters: a lot of temporary workers reap the benefits.

Besides, in all likelihood, this current “dilemma” of too much money in politics will, sooner or later, bust. It’s possible, should a Democrat reign for another eight years in the White House, new Supreme Court Justices will re-visit the Citizens United decision and overturn it. Alternatively, the Senate could easily be controlled by Democrats after 2016 and, emboldened by public disgust—doubtful, since most people don’t care, but there’s the possibility of a bandwagon effect—restrictions on political spending will get passed, with the benefit of GOP House members who’d like to stay in office.

Nevertheless, count on New York Times millionaire columnist Paul Krugman to adopt his usual woe-is-me tone in discussing this bogus money topic. He writes: “By any normal standard, President Obama has been remarkably restrained in his criticisms of Wall Street. But with great wealth comes great pettiness. [Takes one to know one is the working cliché here.] These are men accustomed to obsequious deference, and they took even mild comments about bad behavior by some of their number as an unforgivable insult.” Have you read this before from Krugman? Me, too: in every election year since 2010.

It’s true that the large donations by billionaires, mostly to losing causes, will hardly dent their wallets, but so what? For nearly half a century, Democrats and Republicans realize the cost of doing business in elections. Usually, the Republican presidential nominee rakes in money, and his Democratic challenger benefits from a widespread media bias.

One final note: I find it hilarious to read posts on Facebook from wealthy liberals who support The Bern—his confiscatory tax proposals? Accountants will take care of it—and rail against their fellow “one percenters.” The irony is lost on these people, most of whom live large, send their kids to private schools and hate the cops, when their next entry is a photo album from an African safari or extended stay at an exclusive Caribbean resort. Great to be an American, sure is.