Always trying to have it both ways. 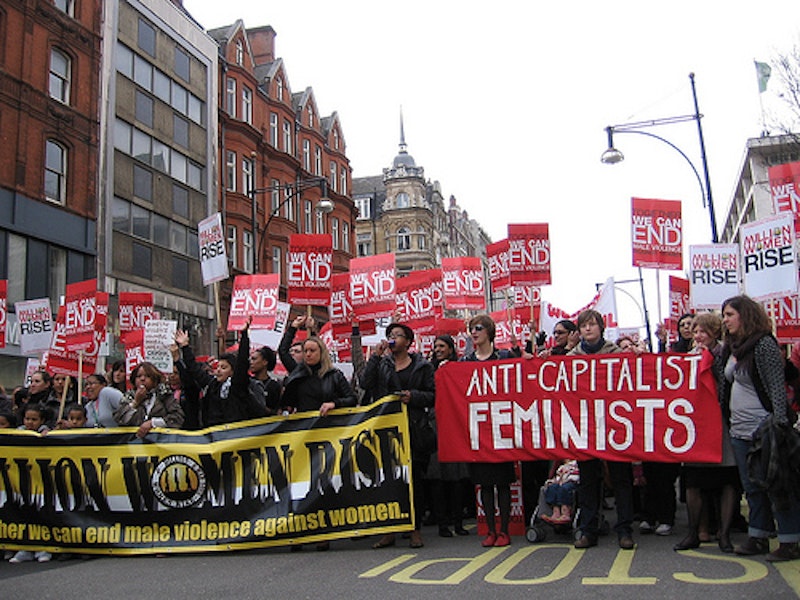 Feminism isn’t the world’s worst philosophy, but more than any other, it’s prone to passive-aggressive, “damned if you do, damned if you don’t” demands—almost as if that tactic comes naturally to its core believers.

Kyle Smith (like me, a McDonald’s defender) points out this Guardian column by a woman rightly condemning most of the male feminists she encounters as showboating, moral-accolades-seeking sycophants. As a non-feminist male, one certainly runs across their kind often enough in online arguments, martyring themselves for the womenfolk. Apparently, even female feminists loathe them. Good. But you also know what sort of wrath will ensue if you say you aren’t a feminist. There’s no winning move except choosing not to play.

Then there’s the deepening ambiguity over whether modern U.S. women are even all that oppressed. Few leftists will hesitate to tell you that we should have extra sympathy for our nigh-inevitable next president, Hillary Clinton, since her road to the White House is extra steep, due to sexism. But if Hillary herself believes that, why does she keep touting her gender as a reason we should all see her presidency as positive and historic? She knows womanhood is in fact her biggest advantage—and may well turn the tide with inattentive, moderate voters who wake up a year from now on Election Day recalling little about politics beyond their own genitalia. It seems to have garnered her plenty of extra support within the Democratic National Committee.

Feminism, though it claims merely a fifth of Americans as adherents at last check, corrupts other philosophies far beyond its ostensible bailiwick. What on earth is becoming of conservatism when a man like Jeb Bush, in theory one of its most prominent representatives, is tied to the young campaign worker who made her way into a Trump audience to pester him with feminist questions such as whether he would guarantee equal pay between the genders if elected? I mean, no matter how trivial the incident may seem, it really does suggest that Jeb sees what tiny dashes of conservatism there are in Trump’s campaign as a “weak point.” What does that tell us about Jeb's actual worldview? Likely that it’s as centrist, big-government, culturally indifferent, perfunctorily/strategically right-wing-sounding, and utterly as cynical as his dad’s and brother’s.

Luckily, there are others who can teach the world what Jeb’s acolyte, and thus perhaps Jeb, cannot. Mixed Martial Arts fighter Ronda Rousey—a bit like Trump in his answer to the Jeb-munchkin—tells a feminist questioner that varying rates of pay are not about your gender but simply about how much money you bring in for the boss, as it should be (my thanks to Jesse Forgione for pointing out the clip).

Rousey is rumored to be a possible pick to play Capt. Marvel in the movies—a character who succeeded a deceased male with the same title. I suspect plenty of males will cheer if Rousey is chosen and kicks alien butt across the galaxy. The only cries of outrage will be from feminists and soldiers of the dreaded Chitauri Empire.