Robert Shrum and Karl Rove add nothing to the oversaturated market of political opinion. 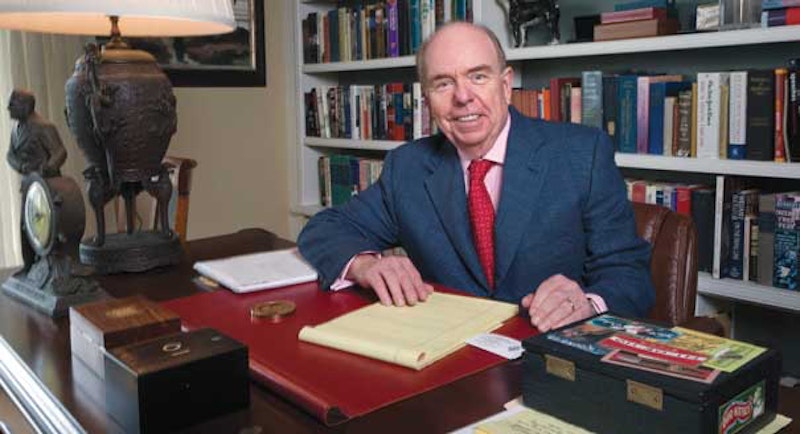 Everyone’s a journalist—using that term very loosely—in this frenzied era of digital media, a plain fact that justifiably causes consternation among those men and women who are actually skilled at reporting and offering opinions. Narrowing that down, one of the most disturbing trends in the past decade has been the preponderance of political consultants—either sitting out a campaign cycle, or just seeking attention and fat paychecks—who pimp for their favored party or candidates on television and in the print and Internet worlds.

I’ll focus on two of the worst offenders, Robert Shrum and Karl Rove, who shill for the Democratic and Republican parties, respectively, in The Week and Wall Street Journal. Shrum, an oenophile who became wealthy managing losing Democratic campaigns—“Shrummy” may be remembered, if at all, for his premature “Let me be the first to call you Mr. President,” proclamation to his candidate John Kerry upon looking at faulty exit polls early on Election Night in 2004—spits out rote pro-Obama, bash-Republican columns for The Week that are devoid of substance. (As opposed to legitimate pundits, such as Paul Krugman and Thomas Friedman of the Times, Obama proponents who, on occasion, cause heartburn at the White House when they pointedly criticize the President. On the other side, look no further than Daniel Henninger’s Journal columns, which whipsaw Republicans for their wasted opportunities.)

Consider Shrum’s essay of March 15, “Mitt Romney has the GOP strapped to the roof of his car,” a by-now tired reference to when the father of five inexplicably put the family dog on his car’s roof for a 12-hour journey. It’s Shrum’s extraordinarily original observation that Romney is having a difficult time wrapping up the GOP presidential nomination and that the Republican voters—at least those who’ve participated in primaries and caucuses thus far—aren’t very enthused about his candidacy.

Shrum affects the tone of a world-weary political reporter when he writes: “It would comfort those of us who’ve conceded Romney’s inevitability if he’d actually win a round of critical close-out contests.” That’s hard to believe: as a hyper-partisan Democrat, obviously Shrum wants to see the GOP tear itself apart and at a bitter convention, and eventually settle on “the disorganized, distinctly unpresidential Santorum.”

I’m sure the irony is lost on Shrum when he makes fun of Romney for pandering to Southern voters recently, dropping “g”s at campaign appearances and eating grits and catfish. After all, who among us doesn’t remember Kerry’s aristocratic request for Swiss on a cheesesteak in Philly during the ’04 campaign? The following sentence, which could’ve been written by any DNC drone, is especially choice:

[F]or the general election, if not before, the inauthentic, aloof Romney, the job-destroyer and “vulture capitalist” (to use Rick Perry’s felicitous phrase) will have to muster an appeal other than his checkered background as a CEO, especially if the economy continues to create jobs—and more Americans grow more confident in the future and more suspicious of Romney as an avatar and champion of privilege and unfairness.

Romney is not a charismatic candidate, to understate the obvious, but his tenure at Bain Capital was not “checkered,” but in fact, quite successful. It’s simply his misfortune that in this election cycle the financier is the symbol of American Evil, unlike the Gandhi-like Obama, who’s out in mainstream America, rootin’ for the little guy, sympathizin’ with the Occupy Wall Street layabouts and talkin’ about redistributin’ wealth. Never mind that Robin Hood Barack chose a number of his cabinet members from the dreaded New York financial world, or that several of his nominees got in hot water when it was revealed that they didn’t pay all their taxes.

Rove, in his March 15 Journal column, doesn’t fare much better than his ideological (and no doubt cultural) foe Shrum. Rove, unlike Shrum, was very successful in his role as a Republican consultant and adviser, re-writing strategy in Texas campaigns and spearheading George W. Bush’s reelection in 2004 against all odds. It’s unfortunate for Romney, who could use a bare-knuckled team leader, that Rove is sitting out this election. Nonetheless, he also writes a preach-to-the-converted column each week, and it baffles me why the Journal’s editors, who could have their pick of any number of conservative commentators, grant Rove space each week.

In that column last week, “Obama’s Money and the Enthusiasm Gap,” Rove fairly rubs his hands in glee that the President is falling short of his much-ballyhooed $1 billion campaign war chest goal. Fair enough: Rove makes the valid points that Obama’s fixed costs on staff and infrastructure are causing a rapid burn rate and that his Internet contributions are falling short of expectations. In a flourish of self-aggrandizement, Rove compares Obama’s spending to the Bush campaign eight years ago: “In January 2012 the Obama campaign spent 158% of what it raised, while the Bush campaign spent 60% in January 2004.”

So what? Never mind that the two elections are not at all analogous, save that the two men are running for a second term. What’s more galling is that Rove, in his entire column, doesn’t even mention the names Mitt Romney or Rick Santorum, the two leading GOP candidates who, if the election were held today, would almost certainly lose to Obama. Rove’s conclusion is especially ostrich-like:

That virtually all Republicans and independents consider Mr. Obama a failure is obvious. But many Democrats are disappointed with him, too. The president’s difficulty in raising campaign cash is evidence of this. He is working a lot harder than he thought he would to raise a lot less than he had hoped.

If you’d read this column in a vacuum, the takeaway would be that Obama is in real trouble come November. But that’s clearly not the case. Sure, some Democrats are disappointed with Obama—just as many Republicans were with Bush in ‘04—but it’s not as if they’re going to vote for the alternative. And, if the GOP primaries are any indication, it’s far from clear that independents consider Obama a failure: Romney is not making a favorable impression on those swing voters who’ll decide this election.

This is the sort of writing that makes the op-ed efforts of both Shrum and Rove a waste of time. They’re so instinctually tethered to their parties that the words amount to mere cheerleading.