It's justified by police brutality against black people. 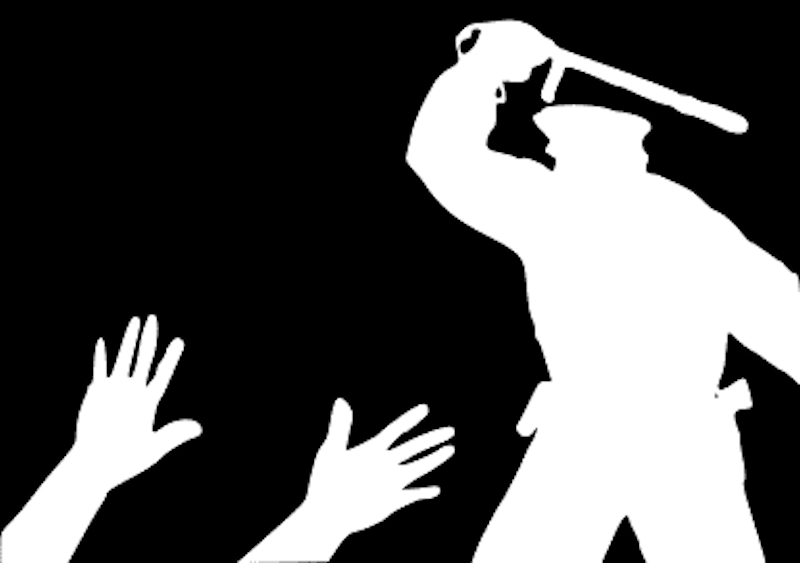 In 1964, civil rights workers Michael Schwerner, Andrew Goodman, and James Chaney were murdered in Mississippi, where they’d traveled to try to secure voting rights for African-Americans. James Chaney was black; Schwerner and Goodman were white. Since the victims were not all black, it seems clear that their deaths were not racially motivated. Right?

Obviously, that’s not right. And yet, Conor Friedersdorf uses analogous logic about what is and is not racially motivated in his latest essay at the Atlantic. Friedersdorf's piece is framed as an argument with Robin DiAngelo, a professor of multicultural education at Westfield State University. DiAngelo suggests that to defeat police brutality, you need to change "unexamined whiteness"—or, in other words, to change racist assumptions about who is good and who is bad.

Friedersdorf is skeptical. Yes, he says, blacks and Hispanics are disproportionately targeted by police. But:

"Even if racism disappeared tomorrow, police brutality and misbehavior would persist, because racism is just one of many factors that can contribute to it. There are lots of examples of white police officers brutalizing white people. There are cities, like Ferguson, Missouri, where police departments run by white people brutalize a city disproportionately populated by black people; but there are also cities like Baltimore where black officials oversee a racially diverse police department where brutality is regularly perpetrated by white and black officers. And while black police officers are not always immune to anti-black prejudice, one need only study a place like Tijuana, where Mexican cops routinely brutalize Mexican people, to see that police brutality is often driven by something other than America’s racial atmosphere."

Not all police brutality involves white police attacking black people. Ergo, police brutality is a bigger problem than race. That's straightforward. The problem, though, is that racism is not a straightforward algorithm. It's a history and a structure. And just as you can't wave away the racism of the anti-civil rights movement by pointing to the body of Michael Schwerner, so you can't get rid of the racism of what was done to Freddie Gray by looking at a picture of black cops.

A study published last year found that white people are more likely to support harsh criminal penalties if they are given evidence that the justice system targets black people.  This shouldn't come as a surprise. Harsh imprisonment policies in America, and harsh criminal justice policies in general, are intimately tied to the perceived criminality of black people, and the need to control and punish them. In a book like Gone With the Wind, the murders of black people—and significantly of white people who argued for black rights—are justified on the grounds that the murdered black people are rapists and thieves. That's consistent with the general KKK lynching discourse; black men needed to be strung up because they were raping white women. The fact that lynching was also visited upon black women, and for that matter on non-black people, didn't matter; the whole institution was justified ideologically by a belief in the innate dangerousness of black "criminals."

Similarly, when George H.W. Bush used the image of Willie Horton in 1988 as an icon to paint Democrats as weak on crime, the racist perpetuation of the police state did not necessarily capture only black people. The drug war and the booming prison population were in reaction to a nightmare vision of black dealers, but some white people got caught up in it too. For that matter, the racist drug war had effects far beyond the US, despite Friedersdorf's naïve conviction that somehow state violence in Mexico has nothing to do with the racial politics of that country's northern neighbor.

America has always been a prison camp, in which unaccountable representatives of law and order mete out brutal violence for infractions, or for no infractions. That's how slavery worked; it's how Jim Crow worked; and it's how our current prison and law enforcement regime works. It’s true that not all prison camps in history have been based around anti-black racism. But American prison camps generally have been—and that includes not just actual prisons, but neighborhoods like Ferguson, which are policed, and plundered, like occupied territory.

Now, how you change America's 300+ year romance with unjust, vicious state violence against black people, and on occasion against anyone who happens to be standing near black people—that's another issue altogether. Friedersdorf argues that ideological changes like making people aware of racism are less useful than practical changes, like body cameras and civilian oversight boards and refusing to give cops submachine guns.

You could argue back and forth on that. But the fact remains that BlackLivesMatter, the most effective anti-police violence movement we've ever seen, is organized on explicitly anti-racist grounds. It follows in the footsteps of abolitionism and the Civil Rights struggle, the other two American movements which had some (not complete, but some) success in curbing unaccountable state violence. Friedersdorf wants to bracket racism in the name of creating a pragmatic consensus for change. What he misses is that America's current, and longstanding pragmatic consensus is that the more state violence done to black people, the better—whatever the race of those committing the violence. Until that is addressed, there will be lots of police brutality, directed not only, but especially, at black people.