O’Malley will rely on generational differences from Hillary Clinton. 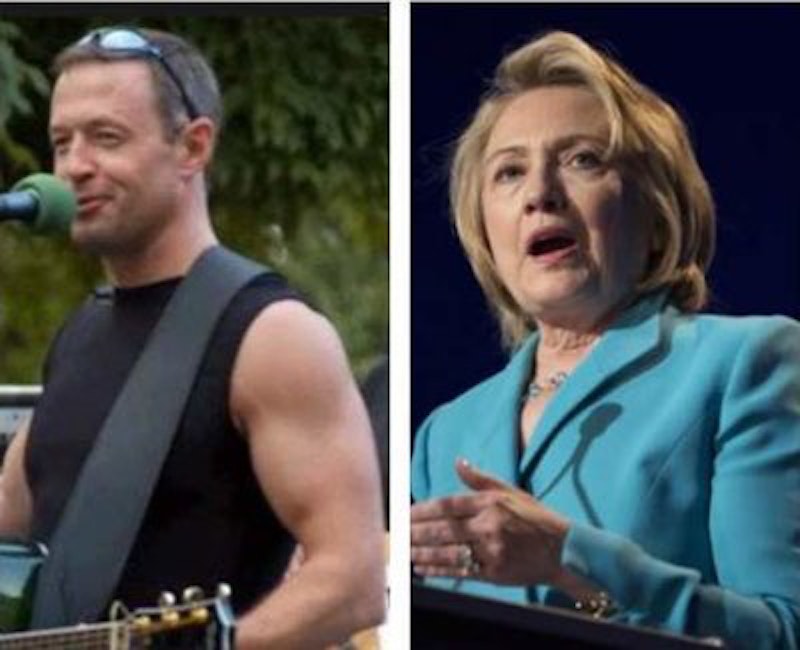 Maryland’s Martin O’Malley has a plan. When he announces his intentions for president later this week—presumably he’ll enter the contest—O’Malley knows the first tentative step to the White House is, win or lose, the Iowa caucuses’ headline. Coming out of Iowa, a strong second is often as good as first on the way to New Hampshire, especially against such a formidable but smudged frontrunner as Hillary Clinton.

Crazy things begin happening in Iowa. Most political professionals understand that the Iowa caucuses are a farcical version of democracy in action yet a necessary undertaking in the electoral process, kind of like boot camp for candidates. Coming first, as they do, the caucuses are more about state economic development, or tourism, than a test of ability to be president. But it is here that campaigns are made or stopped dead, or severely disabled, in their tracks. O’Malley is signaling Iowa’s significance by scheduling Davenport as his first pit stop on the same day following his announcement in Baltimore.

Iowa is about retail politics, traveling a largely agricultural state to meet voters a handful at a time. It is in Iowa where candidates set the tone and the tactic for their campaigns, try out their messages, refine their strategies and put to the test their ability to connect with voters. The Iowa caucuses are scheduled for Feb. 1, 2016, followed by the New Hampshire primary on Feb 9.

Campaigns rise or fall on the Iowa headline. President Obama demolished Hillary Clinton in Iowa in 2008. And, in another election, Sen. Eugene McCarthy lost New Hampshire but finished a strong enough second to drive President Lyndon Johnson out of the race in 1968. A strong showing in Iowa translates to a serious candidacy, a surge in campaign contributions and support and a dramatic increase in public attention as well as campaign news coverage.

So it appears with O’Malley’s calculus that a promising debut in Iowa, a first or strong second place headline, will propel him on to New Hampshire and perhaps even South Carolina, the three early states where he’s placing his bets and bulking up his campaign. He’s hired top tier operatives in both Iowa and New Hampshire. Remember, too, that it was in Iowa that O’Malley earned his chevrons as a ground warrior for Gary Hart in 1988. Hart has promised to reunite with O’Malley in Iowa and return the favor of support.

Primary elections, at any level, are all about organization—identifying your vote and getting it out. Voter organization is triage—a candidate knows which voters he has, which voters he doesn’t have and goes after those that can be persuaded. The Iowa caucuses involve organizing with a peculiar twist. They are part politics, part carnival and part church-supper social, though Iowans claim the caucuses are a variation on the early colonial community meetings.

The trick is to flush out voters and deliver them to school gymnasiums, church social halls, fire houses, and other public accommodations, on caucus days (or nights) and to heighten the attractions with bar-b-ques, catered dinners, steak fries, maybe even food trucks. (No alcohol allowed.) The candidate who turns out the most voters wins the caucuses. A simple but decisive end to a year’s work of traversing a state of stark contrasts—rural and fundamentalist at one extreme, and as liberal as Democratic Sen. Tom Harkin, at the other.

O’Malley has proven to be a skillful political strategist and campaign organizer. He has won elections to Baltimore’s City Council and was twice elected mayor and governor. In 2006, for example, he defeated the incumbent Republican governor, Robert Ehrlich Jr., who had a 55 percent approval rating. In their 2010 re-match, O’Malley again defeated Ehrlich, this time by 14 percentage points. In most of his elections, he captured as much as 90 percent of the black vote. (Iowa’s black population is 3.3 percent, or 101,368; New Hampshire’s is 1.4 percent, or 15,035.) O’Malley has lost only one election, his first, and that was by 86 votes for the state Senate.

O’Malley is presenting himself as a generational contrast to Hillary Clinton in a contest that is heavily nuanced with gender in what is regarded as the year of the woman. He is 52, she is 68, and the line of demarcation is not so much in years as the era and issues that Clinton represents compared to the progressive agenda that O’Malley has achieved. The third candidate in the Democratic race is Sen. Bernie Sanders, Independent of Vermont.

O’Malley, to be blunt, is a stud. He pumps iron, works out regularly, postures in muscle shirts and is a regular feature on The Drudge Report in all manner of beach wear. This, of course, reinforces his image of youthful vigor in contrast to Clinton’s grandmotherly appearance in tented pants suits, to be downright sexist but picture-perfect about it.

O’Malley and his whisperers have driven the point home relentlessly in the build-up to his announcement at Baltimore’s Federal Hill on May 30. Through a series of personal appearances, Tweets, videos and statements, the O’Malley campaign has tried to sharpen the distinctions between the long-ago 1990s and the generations ahead, hoping the appeal to youth can neutralize effect of gender. And, of course, the leaked letter in which former President Bill Clinton predicted that someday O’Malley would be president was an unintended but timely bonus.

Hillary Clinton is beset with problems that trail her like tin cans tied to a dog’s tail—Benghazi, the 50,000 pages of personal and State Department emails being rolled out under court order, the Clinton Foundation and the commingling of funds from foreign governments with speaking fees and the $25 million she and her husband earned in a year for speechmaking while she campaigns as a champion of the marginalized middle class. Yet her most insurmountable problem might be how to restrain her irrepressible husband.

Dodging the press, another bullet point on Clinton’s rap sheet, can help as much as hurt a candidate in a defensive mode. Often underexposure is preferable to overexposure, especially for a candidate such as Clinton who is one of the most recognizable women in the world. And, to put it charitably, Hillary, despite her enormous intellectual gifts, lacks her husband Bill’s innate skill for connectively with people, to, as he often put it, “feel your pain.”

O’Malley may consider Iowa as the first single but necessary step in a long journey to the presidency in a state where the headline counts as much as the numbers, if not more. That, in itself, is about as undemocratic as democracy gets, coming, as it does, from Democrats.