But is anyone laughing? 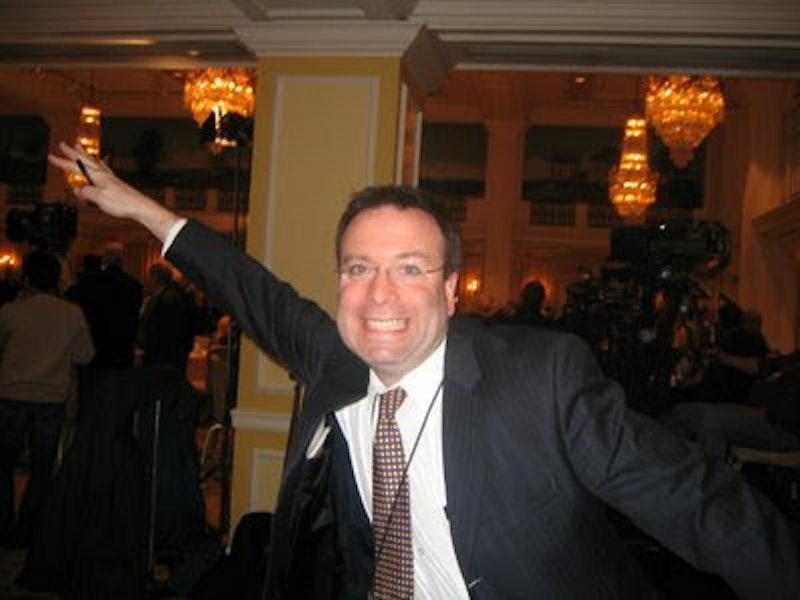 Beats me if anyone takes Washington Post columnist Dana Milbank seriously, at least outside of the incestuous Beltway political crowd that writes for each other. Milbank is journalism’s self-anointed cut-up, a 47-year-old man who apparently believes his “sketches” are hilarious, even if there’s no applause. Maybe he cracked up his fellow Skull and Bones worthies at Yale University years ago, but I suspect not. Earlier this week, Milbank tapped out a completely extraneous article headlined, "The Republican field is a clown car," pegged on South Carolina’s narcissist Sen. Lindsey Graham’s televised announcement that he’ll make an announcement about running for president on June 1st. I suppose Graham (who Milbank points out is a “bachelor,” which may or may not be an un-coded “gotcha”) is ripe for lampooning: once a serious member of the House, Graham, still taking cues from the increasingly ridiculous Sen. John McCain, considers himself a foreign policy expert, which he points out at press conferences that are more frequent than Sen. Chuck Schumer’s, quite a feat, and so at 59, he’s taking a last shot at the ultimate political prize. He won’t go far, but that’s not the point.

Milbank writes: “Graham… one of the umpteen Republicans running for president, can take a joke—which is why appreciates the absurdity that is the GOP field. There are far too many candidates (so many that there are concerns they won’t all fit on a debate stage) and to gain attention they are juggling, tooting horns and blowing slide whistles like so many painted performers emerging from a clown car.” (He could’ve pointed out, but didn’t, that a large majority of Democratic voters, and their media enablers, are content with Hillary Clinton, America’s first grandmother, for that Party’s nomination.)

Hmm. I’d counter that there are “far too many” journalists covering the 2016 presidential election, often sending out three dispatches a day, and perhaps the apparently AWOL bosses of news organizations—if they’re not figuring the next buyout/firing strategy—might realize that the early going of the election next year really isn’t all that interesting. Granted, political gossip/analysis is cheap—as opposed to following in-depth the recent UK election, which had global economic implications, but that would require several plane tickets to London, plus lodging at some hostel—but if a company like The Washington Post hasn’t given up as a serious enterprise, entirely possible, relying on garbage like Milbank’s is a mistake.

Of course there are countless Republicans planning to run for president: that’s what happens in an open election where there’s a better chance of success than defeating an incumbent. And of course by next February the field will be narrowed to three or four legitimate choices and a few attention-starved losers. Milbank’s prose is larded with clichés, so he writes than wacky Ted Cruz “tried for his 15 minutes of fame,” and made fun of Marco Rubio—who’s certainly one of the Party’s best bets—for drawing “thousands to Miami’s Freedom Tower” for his announcement. Imagine that! A senator from Florida, running for president, does his best to whip up enthusiasm for his campaign.

And then: “Donald Trump announced over the weekend that he would make an announcement in June and that ‘the announcement is going to surprise a lot of people.’ Surprise is unlikely, though, because it assumes people care what Trump has to say.” I sure don’t give a hoot about Trump—it’s testament to his resilience (and the media’s laziness) that decades after Spy dubbed him a “short-fingered vulgarian” Trump isn’t completely ignored, sort of like Mike Tyson or Howell Raines—but Milbank has no problem shoe-horning the failed golf-course magnate into his story.

Reading this Milbank story reminded me of the 1961 James Darren hit, “Goodbye Cruel World.” The Post employee ought to consider the following lyric: “Well, the joke’s on me, I’m off to join the circus/Oh, Mr. Barnum, save a place for me/Shoot me out of a cannon, I don’t care/Let the people point at me and stare.”

Alternatively, pundits like Milbank (as well as David Brooks, Richard Cohen, Gail Collins and Albert Hunt, just a few examples) could be put in a zoo, where the plaque would read: “Endangered species.”