Break up the federal agency now. 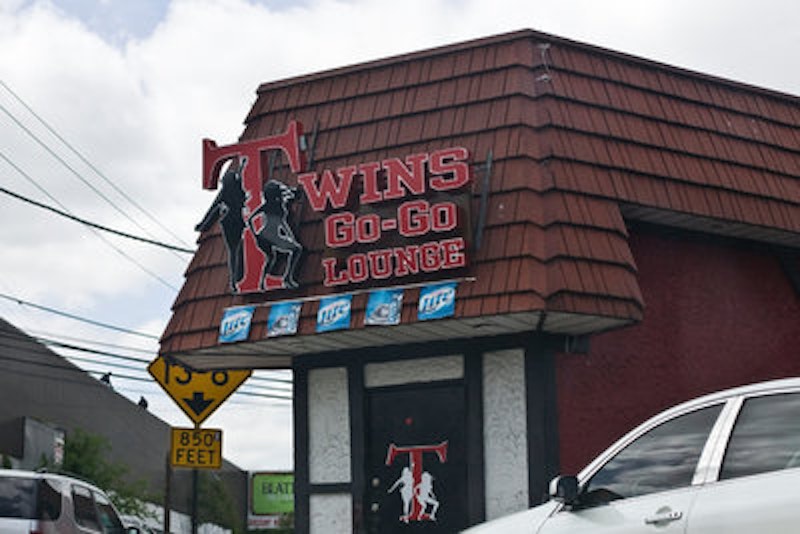 Twins Go Go Lounge in South Hackensack, NJ looks like any other strip club. It's a windowless establishment with silhouettes of curvy women and Bud Light signs adorning its drab exterior—a basic urban eyesore. What distinguishes Twins Go Go from a run-of-the-mill topless joint is that two of its owner/managers were U.S. Drug Enforcement Agency (DEA) employees, according to Federal authorities, who are prosecuting David Polos and Glen Glover on charges of lying during national security background checks in order to maintain their security clearances.

Polos is alleged to have allowed his badge to show while at work, and even flashed his gun once during an argument, according to a complaint filed against him. Such a level of arrogance and disregard for the responsibilities attendant with a law enforcement position are the hallmarks of a federal agency that went rogue way before Sarah Palin—or more likely, her publishers—toyed with the phrase as a book-selling tactic.

The DEA is an oppressive legacy left behind to haunt the nation by former president Richard Nixon. Nixon, godfather of the “War on Drugs," created the DEA in 1973 as a "super agency" to combat narcotics use, and it brought the Feds—for the first time—real power to attempt achieving this futile goal. Nixon was well aware that if he hyped drugs as a "national emergency" that he’d soon have Congress eating out of his hand in stemming the drug tide.

Nixon hated and feared hippies, and he envisioned the DEA as a personal instrument for throwing their drug-addled asses in prison and teaching them a lesson. No American president has possessed a darker soul than the conflicted Quaker, and being in the position to punish those he held personal animosity towards was, as he saw it, just another perk of the Oval Office. Keep in mind that Nixon drank a lot, driven to the comfort of alcohol for, among other things, the negative public reaction to his illegal bombing of Cambodia and the Watergate scandal. Although Nixon did famously proclaim, in an interview with David Frost, "When the President does it, that means it's not illegal," most Americans did not concur.

Inexplicably, Nixon leaned heavily on affable TV personality Art Linkletter for the latest information on the evils of drug abuse. Linkletter had become a drug "expert" when his daughter committed suicide by hurling herself out of a window. He claimed—without any supporting evidence—that LSD was the culprit, though there was no trace of the drug in her blood at the time of death. Art just knew it was due to a flashback, not his poor parenting.

The television host quickly became the President's drug guru, and was invited to the White House to share his deep knowledge of the subject. Here is an example of the level of their discourse, taken from the National Archives Nixon tapes:

Linkletter: There’s a great difference between alcohol and marijuana.

Nixon: What is it?

Linkletter: When people smoke marijuana, they smoke it to get high. In every case, when most people drink, they drink to be sociable. There’s a great difference between alcohol and marijuana.

Nixon: That’s right, that’s right. A person does not drink to get drunk… A person drinks to have fun.

Nixon: At least with liquor, I don't lose motivation.

That's right, a person does not drink to get drunk. It's axiomatic.  Somehow, an American president’s knowledge of cannabis was forged out of inane conversations like this one. A booze-loving (post-Watergate, anyway), paranoid Commander-in-Chief, who often drank to get drunk, gets schooled by a "trustworthy" household name and comes to understand how—contrary to all medical evidence—pot is much worse than whiskey. Linkletter also went on to explain that there’s a limit on people's alcohol ingestion, due to the fact that they "throw up" when they've had too much, while marijuana has no such built-in governor. That must be the reason we don't have any problem with alcohol abuse in this country.

Since the time of the historic Nixon/Linkletter White House "drug summit," the DEA has grown like the kudzu plant in the deep South—wildly and unchecked. It now has 87 offices in 63 countries, and its agents have far-reaching powers of arrest and a sophisticated intelligence-gathering capability that far exceed its purview of narcotics. DEA agents consider themselves "special" and have attended "hookers and blow" parties in Colombia, financed by cartel bosses, only to be punished by a slap on the wrist from their superiors.

If you're traveling with cash and you check a couple of boxes in the drug dealer profile, DEA agents can confiscate your cash under the authority of the Justice Department's civil asset forfeiture program. You don't even have to be arrested to have your cash grabbed, and good luck getting it back, even if you've done nothing wrong. Need marijuana for a medical condition? You may become a DEA target.

Nixon made no contingency plan for the DEA to fade away if drug prohibition fell out of favor with the public, as it has with marijuana now. The DEA exists mainly to serve itself at this point, which is what makes it a "rogue" agency. So much for government "by the people, for the people." The DEA is concerned only with "its people."

The solution is simple: get rid of the DEA by folding it into the FBI. While we're at it, remove cannabis from the Federal "Schedule 1" list, which also contains heroin and crack cocaine. The War on Drugs has wasted hundreds of billions of dollars, and it's time to move on, past the demagoguery. Time to end the mindless waste of resources and disgraceful mass incarceration of Americans in the name of the unattainable goal of a drug-free America.