Tripp Weber takes on Andew Sargus Klein's response to his claim that Occupy Wall Street was stirring up classism issues similiar to the ones plaguing Great Britain. 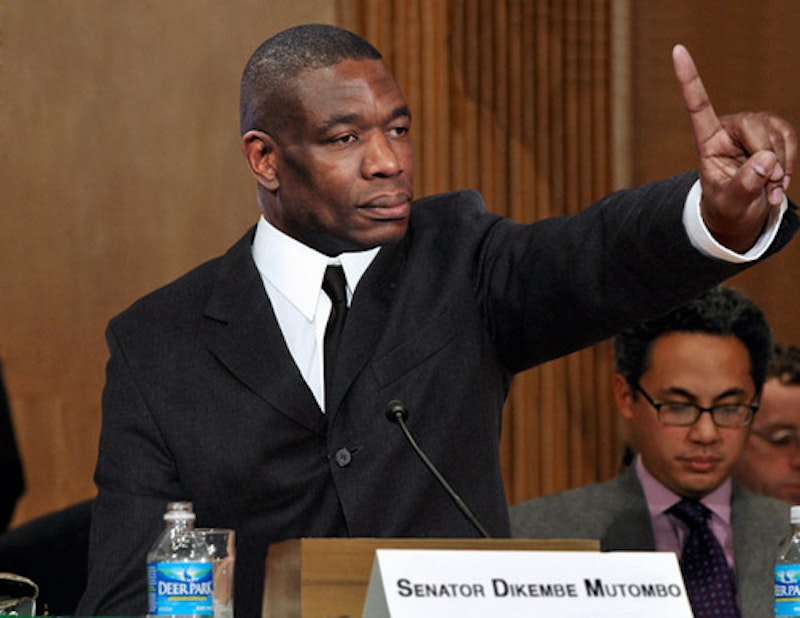 Without a clear purpose and intended outcome, the Occupy Wall Street movement has provided a soapbox for writers across the world to proclaim goals and policy views that 99% of Zuccotti Park denizens could not explain nor cite as a reason for occupying. Paul Krugman, Elizabeth Warren, and Splice Today’s Andrew Sargus Klein conveniently pick and choose discussions emerging from the movement to champion causes close to their own hearts and world views, but not necessarily directly echoing the “Occupy” pockets across the world.

Klein responded to my comparison of burgeoning “classist” resentments in America against more deep-seated class resentments that exist in England, demonstrated by a video released by an Anarchist group in England shouting at Eton schoolboys to “behold their future executioners.” In missing the point of the article entirely, Klein demonstrates the misunderstanding of true class resentment that thankfully is devoid in the minds of most Americans, and also how the Occupy Wall Street movement has evolved into a self-righteous, editorial free-for-all for writers and academics proclaiming to speak on behalf of the Zuccotti Park protestors.

The root of Klein’s misunderstanding is his faulty classification of various events in American history as “classist” rather than racial, political, or economic. They are not the same, but Klein makes the mistake of not treating “classism” as its own beast, rather lumping together, for example, class resentments and race resentments. Klein cites “British Taxation,” monopoly busting, and the Civil Rights movement as evidence of class-based agitation in America. Despite quoting my qualifying statement that “With no straightforward policy target comes frustration toward arbitrary groups (‘Wall Street’), and a feeling of exploitation,” he conveniently ignores “When grievances are poorly defined, as seems to be the case with OWS, they run the risk of being lumped together as “class issues.””

In each of his examples there was a clear target and intended outcome—representation in government, wage issues in uncompetitive and colluding monopolies, and racial prejudice, respectively. This type of clarity has not existed within Occupy Wall Street, a point that Klein even states outright: “The OWS protestors are aligning under equally vague policy aims (and instead of reactionary racism, we’re seeing some pretty awful anti-Semitic rants)."

But perhaps the more important take-away is that Klein’s article provides perfect evidence of a fundamental misunderstanding of “class” issues that many Americans cannot grasp without having experienced it first-hand. There exists a fundamentally different legacy and socio-economic evolution in Europe that still pollutes, to this day, interactions between citizens. Classist judgments are immediately passed between citizens within England based on accent, bone structure, last name, as well as dozens of other characteristics that echo the caste system upon which England saw its socio-economic roots evolve.

The result is a society with very little interaction between classes, and immediate awkwardness between citizens from varying backgrounds, regardless of measures of success, influence, and economic standing. There are plenty of penniless but titled aristocrats, and also wealthy, influential folks in the “lower class.” From this clear-cut division, and the benefits that derive from being born into a non-merit based upper class emerges a society conducive to the nastiness demonstrated in the “EMA not Eton” video. This is predicated upon purely classist and rigid hierarchical notions, and while America has endured nastiness between groups of its own, it is of a fundamentally different nature and mostly born from issues stemming more from race, religion, and not nearly so much “class.”

In the United States, a San Francisco banker can indeed be easily distinguished from an Iowa farmer, but assumptions of exploitation and being born into a different caste are not immediately evoked. The fact that Klein believes that resentments between Harvard and Eton can be equated demonstrates an acute lack of awareness of the class resentments dating back centuries in England that simply bears no parallel in the States. While a Harvard degree does indeed conjure notions of snobbery, elitism, and in many cases entitlement, it is still seen as a badge of honor that any graduate will wear proudly and most non-Harvard alumni will still respect and admire. Besides within a small social circle, Eton alumni tend to separate themselves from their Eton education for fear of resentment and assumptions of entitlement, despite the fact that the Eton student body is largely comprised of boys on financial aid simply pursuing a top education.

In other instances, Klein makes illogical leaps, assumptions, and assertions that he claims as a response to the article, but weren’t raised within the discussion of class resentments in England versus America. “It took decades to overcome discrimination in America?” Klein poses this question in response to a claim that “While America required decades to ensure that skin color didn’t preclude an individual from this protection, the United States has mostly been spared a legacy of “classism.” Speaking on purely statutory grounds, slavery was indeed eradicated decades after the United States’ founding, and any legislation acknowledging fundamental differences between races were phased out over decades following the Emancipation. This is no way an excuse for the discrimination that continues to bear the heaviest of burdens within America, and is actually very similar to the class issues that England still endures. Yet Klein cheaply assumes a discussion of “250 years of systemic racism and disenfranchisement later” when there was no discussion of racism and disenfranchisement. In English law, statutes still exist that acknowledge titled landowners, whereas in America, nothing similar exists. By even invoking racism as a response, Klein demonstrates his blinkered grouping of classism and racism.

This tactic employed by Klein perfectly exemplifies the broader tangential and opportunistic nature of Occupy Wall Street’s intellectual branch. From a soundbite, grievance, or discussion emerging from the “Occupy” dialogue emerges from columnists, academics and politicians a self-proclaimed vindication of decades of prophecies and research dealing with class agitation and shortcomings of economic policy. Klein employs a similar tactic in that he uses a discussion of British class resentments as a launching pad to rant about regressive taxation policies, wealth, and racism that are fundamentally distinct from the core argument that he claims to be challenging, and simply were never discussed. If he had a solid grasp on the distinctions between classism and other agitation between groups, Klein would understand just how tangential and unrelated his proclamations are.

The point remains that purely classist structures, in the European sense, are regressive and dangerous to socio-economic liberty, and represent an issue that America has largely avoided. Because Occupy Wall Street spurs discussions of various percentile groups and exploitations, it vaguely represents the class resentment that plagues Europe, but has yet to metastasize to a form as stifling to individual liberty. The veracity or legitimacy of claims emerging from Zuccotti Park and the Occupy Wall Street is outside the scope of the original discussion of class resentment, and was intended to be this way. Instead, thanks to Klein, the article has provided further evidence that Occupy Wall Street discussions have become a platform for writers to proselytize their own political ideologies and rant about whatever they desire.