Inside the Medical Marijuana Industry 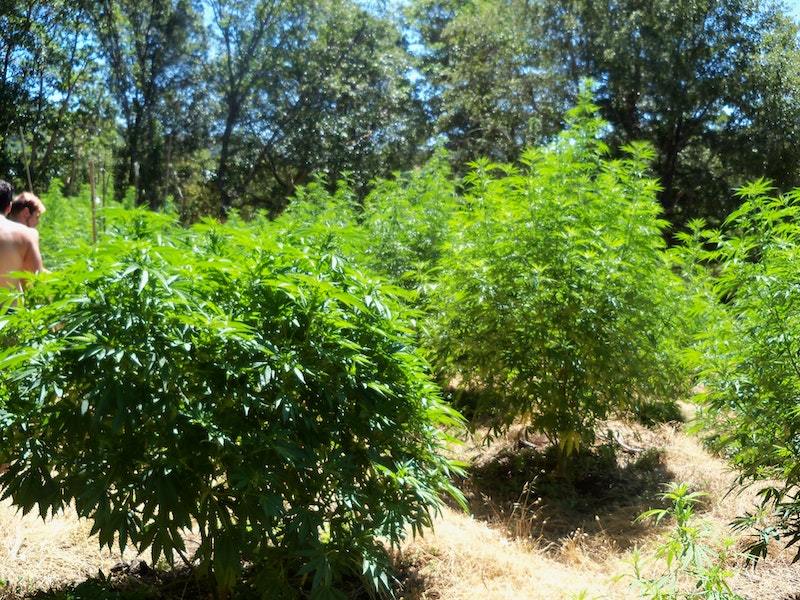 Northern California is the pot growing capital of the world, and it’s not exactly a secret. However, getting someone to go on the record about working in an industry that’s still federally illegal is still difficult. What follows is the first of a two-part interview conducted anonymously with a friend who has worked in the industry for four years.

Splice Today: Why did you decide to do this interview? Most people I’ve met are unwilling to speak about their role in the industry.

Anonymous: Anonymity helps, though I doubt I’m revealing anything that could get anyone in trouble anyway. The main reason I said yes was because I don’t think most people consider where their pot comes from. A lot of people smoke casually, occasionally, and to them marijuana is this drug they get from one shady dude they know. If they even get as far as wondering where he gets it, they probably assume it was grown by a Mexican cartel or some other organized crime group. In my experience most pot is grown by small operations, semi-legally, safely and responsibly. Cartels do exist, but weed from guerilla grows or exceedingly large operations should be obvious.

ST: You can tell by looking at it?

A: It’s hard to grow bad pot. Everyone uses clones these days, so if you see seeds (indication the presence of male plants) it’s very possible that pot came from a guerilla grow in some national park, where some guy threw down thousands of seeds, rigged up an irrigation system and came back three months later and threw all the plants in the back of a U-haul. So sticks, stems—if it looks like it’s from the 1970s, that’s cartel weed. Avoid it.

ST: Do you grow yourself?

ST: How’d you get into working with pot? What exactly do you do?

A: Well, the guy I bought herb from in college would go out to California every fall to trim and would return with amazing stories about this weed wonderland in the mountains and really, really good pot. He ended up moving to San Francisco, and when I came to the Bay a coupe years later we got back in touch. I had a nine to five job, but when I got laid off I gave him a call figuring he knew a lot of people and might have a line on another job in the city. I must’ve had good timing because he said he could use a hand on the farm. I started going up a couple times a week for general labor type stuff, pruning and eventually trimming, which is mostly what I’ve done since.

A: It’s the step in between the ground and your couch, where marijuana gets manicured. We cut out the big leaves, the stems and generally just make the buds look nice. There’s a lot of waste in the process, but you can make hash from the trimmings. It’s typically seasonal work, with the big outdoor harvest in Northern California happening during October.

A: I’d say so, I don’t really know any fulltime trimmers, but I’m sure there’s someone somewhere trimming something every day.

A: The industry standard seems to be $200 per pound of finished product, though I’ve been paid more and I’ve been paid less. If you’re trimming fresh pot as opposed to stuff that’s already been dried, it’s 2250 grams to a pound. Working with good stuff, a pound a day is the typical goal, but I’ve had days where I’ve trimmed well over two, and $500 isn’t too bad for what basically amounts to touching pot all day while listening to music with your friends.

A: Oh totally. I mean, you have to be smart about who you work for. I’ve had bad feelings about places and not gone there, and a lot of people have stories about getting raided, but it seems like if you stick to working with people you know there’s little to worry about. I’m a patient as well, and the main job I work does everything by the books.

There’s still a risk of getting raided by the feds, but that’s a simple cost analysis question. Are they going to send a swat team and helicopters out to a farm with 50 plants? No way, not when there are much larger operations. There aren’t really too many secret gardens in Mendocino County, and as long as you don’t get too greedy, growing pot is basically like printing money.

ST: How would one go about getting a job?

A: Ah, see that’s the tricky thing. Tell someone you’ve been on a pot farm and the inevitable question is “Can you get me a job?” You have to know someone, and typically they ask you to work, not the other way around. Once you’ve gotten your foot in the door, however, it’s pretty easy to get more trim jobs. All you have to do is be semi-reliable and personable enough for people to want to sit at a table with you all day long. Oh, and available. The work is unpredictable so just being around helps.

ST: If trimming is entry level, where do you go from there?

A: Well, I suppose that depends on what your goal is. If you want to be your own boss, you need about 10 grand to start an indoor grow operation, and having an outdoor scenario really depends on how large, where, etc. Dispensaries need people willing to risk working behind the counter of a place that’s liable to be robbed or raided on any given day, and there are countless other positions that don’t directly correlate with selling weed. On one farm I’ve worked on we had two full time cooks, a masseuse and four managers.

Personally, I’m glad that I’m able to work for friends, but don’t have to rely on the medical marijuana industry for most of my income. It can’t be extremely lucrative, but it’s not something I find particularly fulfilling.

ST: Do you think medical marijuana is legitimate? How “medical” is it, really?

A: Completely and not at all. It’s a legitimate medication, in that it can help sick people and has scientifically proven benefits. It’s a recreational drug as well though, one whose worst side effect seems to be general hippie type behavior.

It should be federally legal, and I think everyone believes it eventually will be. The fact that it’s not already has more to do with where people think it comes from than what they think of pot. Everyone knows weed is harmless, but I think its tangential relationship to violence contributes to its stigma. What people don’t get a good picture of is how huge a part of the economy it is, especially in California, and just how many people’s livelihoods depend on that crop.