Dedicated to all Americans who live in the “real world.” 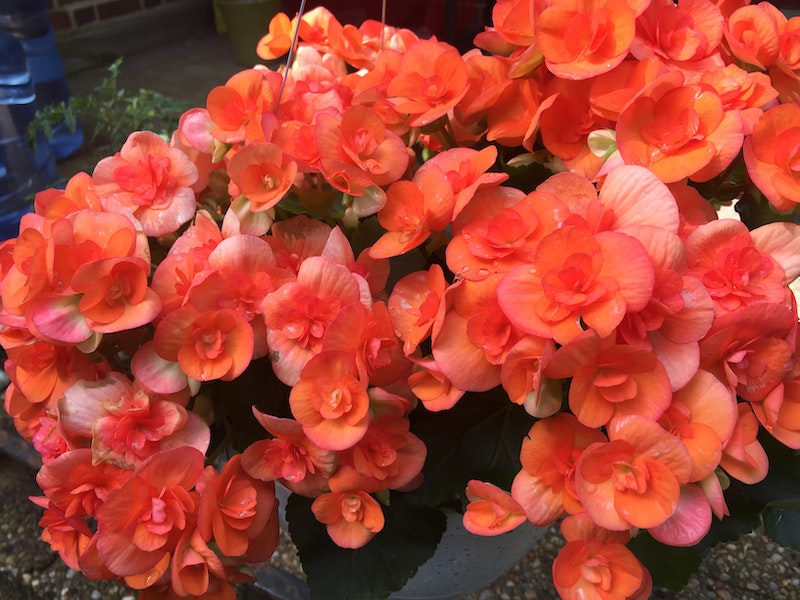 I’m so numbed by daily media inanities that it takes a humdinger to set me off, or at least capture my attention. Maybe if someone, with flimsy evidence, claimed that Joe Biden and Paul Ryan are pedophiles that would cause me to scratch my head. But most of the material on, say, Twitter, is so anodyne that it has all the significance of wishing a perfunctory good morning to a neighbor. New York’s Jonathan Chait, who often, but not always, comes off like a moron, posted this tweet several days ago: “Worth keeping in mind that, back in the real world, the Democratic campaigns have literally nothing to do with what people are debating on Twitter.”

(The above photo is intended as an antidote before further reading. I try, my friends.)

Given today’s below sea-level quality of discourse, watch this condescending sentence get nominated for a Pulitzer, when the inevitable happens and comments compete for that prize money. So much stupidity in a mere 25 words: the throat-clearing use of “literally”; the unintentional irony that those in the “real world” [people who aren’t fortunate enough, like Chait and his friends, to be part of the exciting Permanent Government] will never see that tweet; and the smarmy tone of a Twitter schoolmarm. I’m simply pointing this out—didn’t, in today’s vernacular, “lose my shit”—in a detached way, even with the knowledge that it’ll have zero impact on “egocentric” fools like Chait who really believe, to use another Jonathan Alter-like cliché, that they’re appealing to the citizenry’s “better angels.”

(An aside: immediately after news broke of Tom Wolfe’s death on Tuesday, everybody and his third cousin felt the need to comment, some prefacing remarks with “Oh my God!" as if Wolfe had died at 51 rather than 88. Naturally, some pretentious commenters offered a tutorial on “what you should first read by Wolfe,” as if he were an obscure literary presence. Wolfe was a brilliant writer and author, as most who read books know, although I wonder at those praising The Right Stuff as his pinnacle, as opposed to The Electric Kool-Aid Acid Test, and his last masterpiece Bonfire of the Vanities.)

My friend Ken Silverstein pointed out on Facebook last Sunday a particularly ludicrous sentiment voiced on a podcast by New Yorker staff writer Adam Davidson. The following is indicative of how so many members of the self-appointed, and blinkered, intelligentsia really think. “I am as shocked this moment that Trump was elected as I was the morning he was elected. That fundamental state of shock. It’s like there’s a pile of putrid, rotting human feces on a table and like six of the people around the table are like, ‘That is disgusting.’ And four are like ‘Oh it’s so delicious. Oh, I love it. It’s delicious.’ And I keep saying, ‘Well, why do you like it?’… Trump is not a very interesting person in my mind. He’s very simple, one of the most simple public figures ever… So, it’s a challenge to keep me engaged, but I’m engaged. And then as a citizen, I’ve never been more engaged.”

Isn’t it odd, for a journalist pushing 50 who writes about the Trump Administration for a living, to still—18 months after the man was elected—be “shocked” Trump is president? You’d think, but would probably be wrong, that a colleague might have some “us time” with Adam and tell him that professing such an idiotic view—of course it was a shock that Trump won, but even most rabid detractors have accepted the fact—doesn’t burnish his reputation as a reporter.

And I’m not thinking of “objectivity” in covering the White House—he’s from The New Yorker, if he didn’t hate Trump he’d likely be out of a job—but rather how the President has apparently lowered his i.q., much like a daily diet of Vicodin, too much expensive wine and regular ingestion of McDonald’s quarter-pounders might. Or “sugary drinks,” which reminds me that Davidson appears more like an adolescent than tax-paying citizen of the “real world” that Jonathan Chait wants no part of.

Trump’s presidency is a reality. There is no “shock” left. I’ve no quarrel with advocacy journalists who report on the very strange goings-on in the President’s administration—even if most of the “news” is responding to Trump tweets, dissecting daily polls or echoing like-minded members of “The Resistance”—but the continuing commentary about the 2016 election is a waste of time.

Writing from an opposing ideological spectrum—sort of—The Washington Post’s George Will has finally realized that Vice President Mike Pence is a dangerous man, and, because he blends in with anonymous members of Chait’s “real world” has a chance to win the White House two years from now. (As I’ve written previously, I don’t think Trump will run again, sensing a loss, and instead declaring, “My work is done!”) Will is now 77, and, as I don’t know the man personally, wish him continued good health. But isn’t it time for him to retire? His beloved Cubs have won a World Series, he’s made a lot of money, and his columns are now filled, to use a Will favorite, with “piffle.” His interns, who dredge up historical anecdotes for him, will be grateful.

Will focuses on Pence’s “oleaginous” toadying for his boss, and, rightfully, finds that off-putting. His column concludes: “Trump is what he is, a floundering, inarticulate jumble of gnawing insecurities and not-at-all-compensating vanities, which is pathetic. Pence is what he has chosen to be, which is horrifying.”

I don’t disagree with that assessment, but two questions: where has Will been these past two years? His words are not a revelation. More importantly, while his column is larded with invective, not once does Will mention the really “horrifying” aspect of Pence. This man is from a long-ago and ugly era; a man who’d like to outlaw abortion, rescind gay rights, impose his religious beliefs on America at large and send back all the foreigners to the countries they escaped. His public persona isn’t as repellent as Trump’s (or Hillary Clinton’s), but the brutality of his moral beliefs is much more frightening than Trump’s.