Chained To the Rhythm 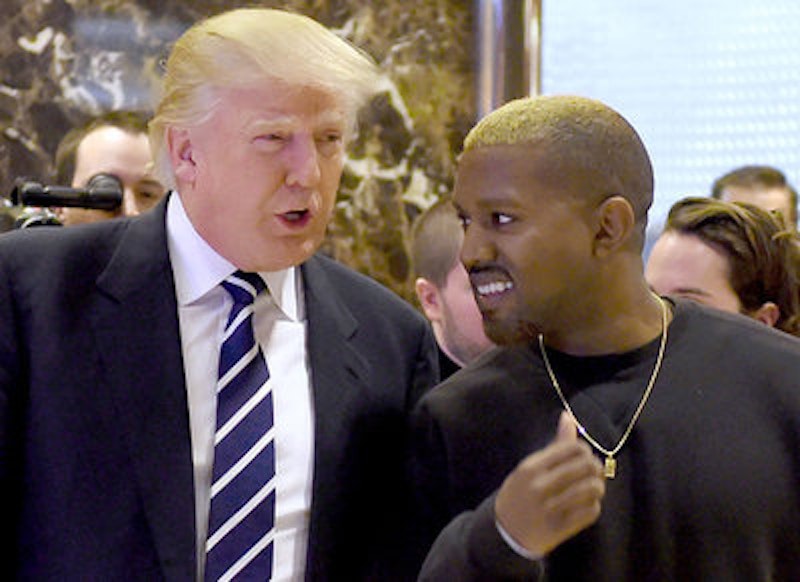 “George Bush doesn’t care about black people,” Kanye West once said. I haven’t been to the United States since 1997, so I’m aware that my perspective on American politics is skewed. Still, with the extraordinary response to Kanye West’s “endorsement” of Donald Trump, in particular Rolling Stone’s lamentable (if fascinating) article warning of the catastrophic dangers to the black community of Kanye siding with the president, I do have some thoughts.

James’ novel tells the story of Bob Marley’s rise in 1970s Jamaica, a botched and mysterious assassination attempt on his life, CIA interference with Jamaican politics to ensure the country didn’t become Communist, and the development of the Jamaican crack and heroin trade and its eventual dominance in New York in the 1990s. Throughout, Marley is referred to only as “The Singer.”

If you’re white in this novel, you can be sure of a humiliating (and excruciatingly painful) demise at the hands of black people smarter than you.

Kanye West, like “The Singer,” has extraordinary charisma and performance skills, and, like any artist who can maintain a career in the music industry, extraordinary stamina. He simply tweeted: “I love the way Candace Owens thinks.”

And Twitter erupted. In the age of Trump, we can no longer be surprised when celebrity tweets dominate the news narrative. As it unfolded, Trump tweeted praise for Kanye, Kanye posted a picture of his signed MAGA hat, and despite tweeting that he didn’t know enough about conservatives to call himself one, the Rolling Stone article (by a black journalist) ended with this thunderous conclusion: “The inconvenient truth is that there are a number of black people more interested in enjoying the perks of white privilege than in levelling the playing field for us all. Where Kanye West falls on that line has been clear for a while, but it is now undeniable. Conservatives have long wanted to reel in as many black faces as they could to uphold the status quo. With Kanye West going full on alt-right on us, they've just found their best recruiter ever.”

The brilliant rapper (and friend of Milo Yiannopolous) Azealia Banks voted for Trump, and was hounded off Twitter for “hate speech,” whereas worn-out rapper Eminem released a diss track against the President (many months after he was elected, as opposed to during the election when it might’ve had some impact). He even had the narcissistic audacity to mourn Hillary Clinton’s loss on it, as if now the Nazis had won, despite the way he rode the South Park train in the late-1990s. In 1997, on the track “Role Model,” Eminem rapped (20 years before voting for her): “Hillary Clinton tried to slap me and call me a pervert/I ripped her fucking tonsils out and fed her sherbet/bitch.”

Eminem has now publicly declared war on Trump voters, saying you can’t be a fan of both him and the President. The President has yet to respond, although the rapper has assured the media he has “bars ready” if Trump says anything.

It’s a curious low point for Hollywood and pop music credibility nowadays, not to mention the mostly appallingly biased entertainment journalism that now typifies magazines like Rolling Stone. Loxley made several points about the danger of Kanye West losing his authenticity as an artist by siding with this supposedly tyrannical dictator.

“The egotist,” she writes, “doesn’t want to be challenged or humbled, and doesn’t want to discover that he’s under-informed. People like Trump and West want to be worshipped as gods among us, and any reminder that they are human is unforgivable.”

This applies to the majority of people on Twitter. Trump is due to visit London in July, and protests are planned. UK journalist Jamie Foster wrote: “Trump is demonized with all the usual calling cards the left uses when it wishes to create a hate figure. They ignore the fact that a non-white American is far more likely to have a job under Trump than under his predecessors. This sort of fact is not conducive to denouncing him and his presidency as racist to the core.”

Trump had no real grand vision before he became president. The comparisons with Hitler are entirely facile: Hitler used brutal violence to gain power, and wrote a turgid Neo-Darwinist anti-Semitic manifesto while in prison. The endless media conspiracies about Trump and his administration’s supposed racist intentions? Today, they just seem tired. Kanye tweeted “self-victimization is a disease” and although he’s prone to talking (and tweeting) nonsense, this really cut to the heart of the matter. I would’ve met Trump, and I also like the way Candace Owens thinks. Liberal identity politics demands equality of outcome, but not everybody can be a Kanye West, or a Donald Trump.