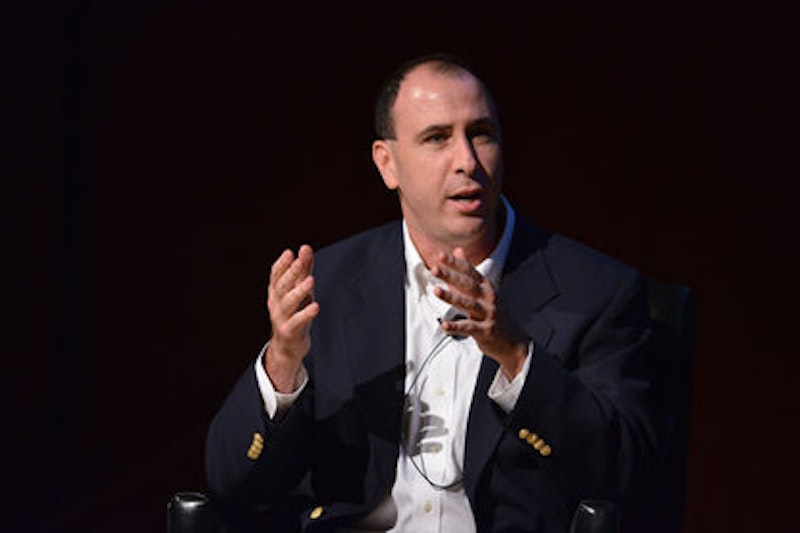 Under P.C., ideas get squawked to death instead of answered. Challenge an assumption and there isn't a debate, there's an eruption of crows. The squawking grows exponentially louder if the person who makes the argument is white, male or otherwise demographically substandard. This is bad news for liberals because liberals believe that society gets someplace when people can talk themselves toward the truth—just keep hashing out the basics until everybody realizes that black people have the right to vote. The hashing doesn't take place if people can't say what they think, which they can't if certain views are labeled automatically false and punished by shoutdown.

That’s roughly the argument presented by liberal journalist Jonathan Chait in his New York article “Not a Very P.C. Thing to Say.” Chait is all for recognizing bias, but he's had it with the compulsive blood sport that the left has made of this practice. He says progressives are strangling themselves; or, to be more precise, that one sort of progressive (the left-winger, who believes in enforcement) is strangling another and more valuable sort (the liberal, who believes in discussion).

There's no sympathy from Kevin D. Williamson at National Review Online. Williamson says Chait is in “roughly the same position as Lena Dunham,” which is deadly because Dunham is NRO's Emmanuel Goldstein. (Her face all but looms over the site.) Williamson figures that Chait and Dunham both want special treatment. Anybody else can suffer the hostility directed at people who say unwelcome things while being white, male, etc. But the butter-faced liberals think it shouldn't happen to them. “Chait isn’t arguing for taking an argument on its own merits,” Williamson tells us. All Chait wants is safe passage from left hostility, a “liberals’ exemption.”

Williamson leaves out the part where he proves his case. Instead he highlights Chait's statement that David Koch has a lot of money and is making sure the political system helps him keep it. Williamson seems to feel that mentioning a person is the same as not answering an argument. From reading Chait pretty often over the past six years, I'd say he's spent a lot of energy answering the Koch brothers' arguments as put forth by Paul Ryan, the late Ayn Rand and others.

Of course, Williamson may be angry because last summer Chait sniped at the fellow's use of “primate” when discussing a little black kid in East St. Louis. But that point isn't mentioned. Too bad, given that Chait's article dwells on the way P.C. vengeance can be triggered by the choice of a word, the figurative look on your face. Was he doing the same thing there? But Williamson may find the matter lodged too far in his gullet. He can't get it out for discussion: there's actual hurt involved. Instead he talks about the meanness of judging a Koch brother.

On the left, people seem a bit sub-par in their reaction to the Chait piece. They make the necessary noise—they hate the thing—but they're dizzy and sluggish. My guess is that they know life under P.C. is quite often ugly; I believe that talking past this knowledge puts a crimp in their brains. At one prominent blog, a would-be smackdown is contradicted by the giant block quote that it cites. The blogger can't absorb that Amanda Marcotte, even while denouncing Chait, allows that the man is basically right, that in her words there is a “genuinely serious problem of liberals who react to uncomfortable ideas by turning to censorship: Harassment campaigns against conservatives, canceling plays or art shows because of political incorrectness, tearing down anti-choice posters.” In fact, Marcotte can't absorb what she's telling us. “Chait has plenty of examples” when it comes to the genuinely serious problem, she says. The very next sentence: “But outside of those few examples,” etc.

Dan Savage is all for the Chait article, and he brandishes his reason: “The erroneous and sometimes malicious accusations of anti-trans bias laid against me.” But he's very out. Others on the cultural left are still coming to terms with the frequently dismal nature of contact with their own kind. A blogger at Balloon Juice takes a break from denouncing Chait and mutters that, yeah, he has a point. She looks at her toe, looks up. “Quite frequently it’s white males who have appointed themselves Defenders of the Downtrodden who make the most obnoxious and persistent scolds,” she says. All right, anything she needs to hold on to.

The left's prevailing attitude toward Chait seems to be that he's wrong in some very big ways, and that these big ways don't involve being wrong in any simple, recognizable way. Joan Brady at Salon says he could quit being so snotty and smarter-than-thou, stop “using ridicule and righteousness to mock ideas he doesn’t like.” Good luck: the P.C. article is Chait's idea of being nice. This is patient Chait; snotty Chait is a whole other gear. The poor man was born with a big brain and a disgruntled look. Many times he's wondered why people tell him to shut up while they're agreeing with him. Now it's happened again. His only hope is that people will forget him and remember his point: that it's easier to talk when you don't have crows flying at your head.