Millennials Are Not Today’s New Victorians

And why would anyone expect them to be? 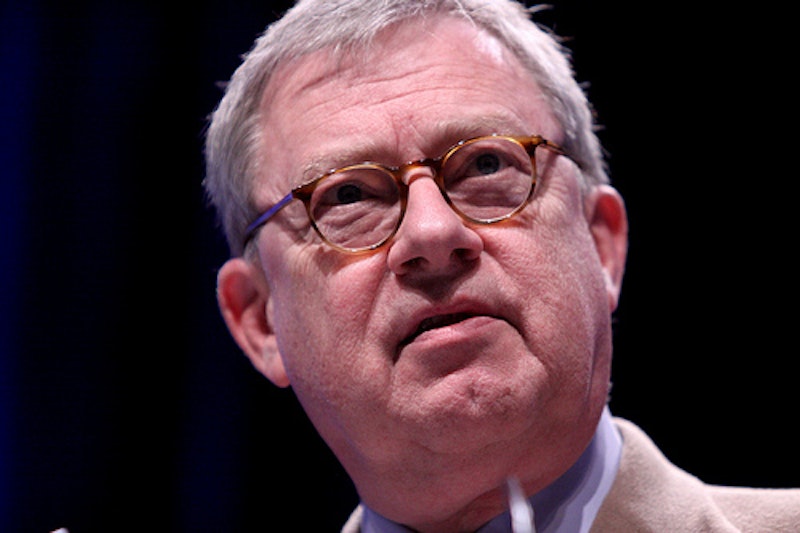 It’s not churlish to say that longtime conservative pundit/FOX News contributor Michael Barone has lost a step. It happens—look at George Will, Thomas Friedman, John Podhoretz and Michael Tomasky, for example. I no longer read Barone's columns much, mostly because they’re inevitably sunny-side-up commentaries on Republican politics, and though I often agree with him, there’re are too many even-handed pieces in like-minded outlets (Wall Street Journal, New Criterion, UK’s Spectator) that are more compelling. I don’t watch TV news shows anymore—haven’t in a decade, too much repetition, bickering and commercials—but do still marvel on election nights at Barone’s encyclopedic knowledge of the voting patterns from obscure counties in Georgia, Wisconsin, New Hampshire, what have you. But he really lost me in 2012 upon predicting a Mitt Romney victory over Barack Obama (315-223 in the Electoral College), when any objective GOP partisan could smell defeat for the ham-handed Republican candidate.

But I did read a recent Barone column in The Washington Examiner that left me entirely baffled. The headline reads, “Are Today’s Millennials a New Victorian Generation?” which immediately caused an eyebrow to arch. Barone is now 70, with a daughter who’s not a Millennial, and I had to wonder if he’d sampled one of those super-strength pot muffins that can be perilous for those who grew up on cheap Mexican, and then Columbian, weed. As a parent of two Millennials—Barone dates the start of this generation as 1981, which doesn’t make much sense—and someone who works with younger writers and chats with my sons’ friends, this new “Victorian age” trope is pure hooey.

Barone concludes: “Liberals and conservatives often assume that moves away from traditional moral rules must inevitably continue. How can you keep them down on the farm once they’ve seen ‘Paree?’ But today’s America, like Victorian England, shows that virtuous cycles are possible as well. People can learn from experience, and those who have seen the downside of bad behavior may choose to behave better.”

The columnist relies on reports from “government agencies” to back up his case that there’s less crime, promiscuity, drinking and drug abuse among Millennials than previous generations. Never mind that studies, whether they’re from the government (which are suspect, anyway) or universities are ubiquitous today and often contradictory. Like media outlets, people choose such “white papers” that conform to what they want to think. This isn’t a knock on Millennials, but rather a common sense opinion that people don’t change much, no matter what age they grow up in. Barone doesn’t even go into the mass consumption of prescription drugs like Adderall, Xanax, Ambien, Klonopin, Vyvanse that are not only handed out like vitamins by doctors and shrinks, but are sold on the street as well. Some Millennials are deep into “dust” drugs that are obtained through subterfuge via the Internet. Some are on the spike. It’s just a far different drug culture than what I experienced as a teenager and college student.

I agree with Barone that the current campus and media hysteria over rape is way overblown, but am not sure that his citation of a Justice Department statistic of the rape rate is a mere 0.6 percent. That seems low: it’s a gray area—she said, he said—but sexual assault, usually against women, is surely higher than that minuscule number. Barone continues: “Binge-drinking by high school seniors is lower than at any time since 1976, sexual intercourse among ninth graders and the percentage of high school seniors with more than three partners has declined.”

The Millennials drew a bad hand in many ways: for all the jibber-jabber about “helicopter” parents, the economic collapse in 2008 has left so many without jobs and steeped in college debt, and those who do work are marking time while they hope for opportunities more commensurate with their skills. I’ve no doubt that this generation (to my knowledge, thankfully, a name hasn’t yet been affixed to those born in this decade) has a high percentage of bright, civic-minded and courteous individuals. Just like Gen X, Gen Y and the Boomers. But let’s be realistic: kids are sexually active earlier today than several decades ago, drink, get into mischief with cell phones, and experience the same ennui and existential angst as their elders did years ago.

You’d think, reading Barone’s column, that kids have found religion or bury their noses in textbooks at colleges, forsaking the pleasures that are all around them. That’s just not realistic, and pretending otherwise is an ostrich-like illusion.