Drones Can Be Fun, Too 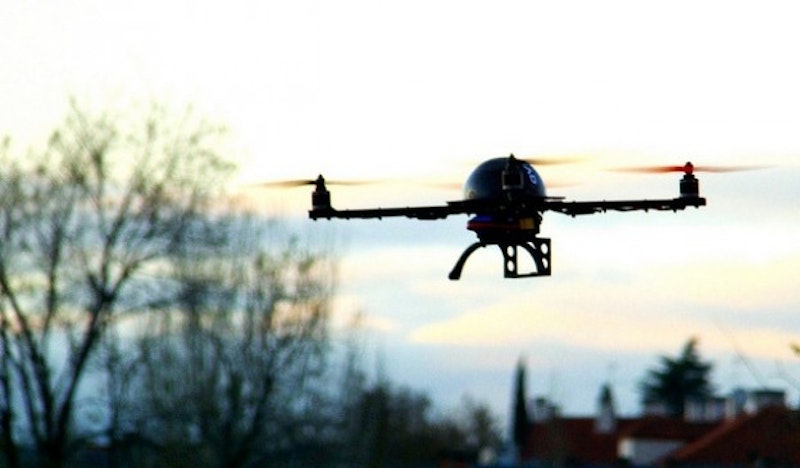 Americans are used to regular news reports about military and CIA drones attacking targets abroad. The time has come to bring those aircraft into American skies and by some government estimates, as many as 30,000 drones could be part of intelligence gathering and law enforcement over the next 10 years. Apparently, their “unblinking stare” can currently take in an area the size of one-third of Washington, DC.

But with all the controversy, drones can actually be, well, fun. I was reading the other day about a drone packed with six pounds of crystal meth that went down in Mexico near the border. It fell into the parking lot of a supermarket in Tijuana and was found by an anonymous citizen. That must have been an exciting day for those housewives doing the weekly shopping. Now I know that in this incident, it’s the bad guys flying the drone, but the good guys can use it too.

Drones can be as small as a butterfly or as big as a house and after all, isn’t a drone just a remote controlled airplane? And everybody loved those as a kid, right? Add a camera and we’re taking selfies to the next level. They’re also making drones in different colors now, making them look less threatening when they’re spying on us. I guess Big Brother is more appealing when he’s wearing pink.

Then there’s the Incake Bakery in China that bought three mini-drone six-rotor helicopters to deliver pastries to their customers. Talk about the real pie in the sky. Now, if they combined the military drone with the sweet tooth drone, we could win over our enemies by delivering them cupcakes and petit fours and then they’d just doze into a sugar crash.

Jeff Bezos, Amazon CEO, announced that his team is working on drones that can deliver packages within 30 minutes. That’s great news, since I can’t ever mail those birthday presents quite in time.

If you’ve ever been to a music festival, you know that standing in line for a drink or food can take up a band’s whole set. Not anymore. The South African OppiKoppi music fest launched an app in 2013 that, when activated, gave festivalgoers the opportunity to order a can of beer and have it dropped by parachute using GPS and a drone.

One of the most obvious uses for drones is filmmaking. With cheap, consumer level drones, you can finally get that aerial shot of the perfect backward dive into the pool. And we know you would never use it for any kind of pervy peeking like flying your drone up over your neighbor’s privacy fence to catch the wife changing in front of her upstairs window.

Oh, wait. The government is using drones to spy on the public inside their backyards. The US military’s ARGUS-IS streams a million terabytes of data, recording 5,000 hours of high definition footage a day with a camera from 17,000 feet in the air. You could get some incredible neighborhood shots with one of those. But you know there’s probably some nut job at the NSA using the technology for hot, sexy, candid photos. No, this is totally wrong. Back to the fun drones.