The WSJ columnist may not realize that hardly anyone under 40 is familiar with John Profumo. 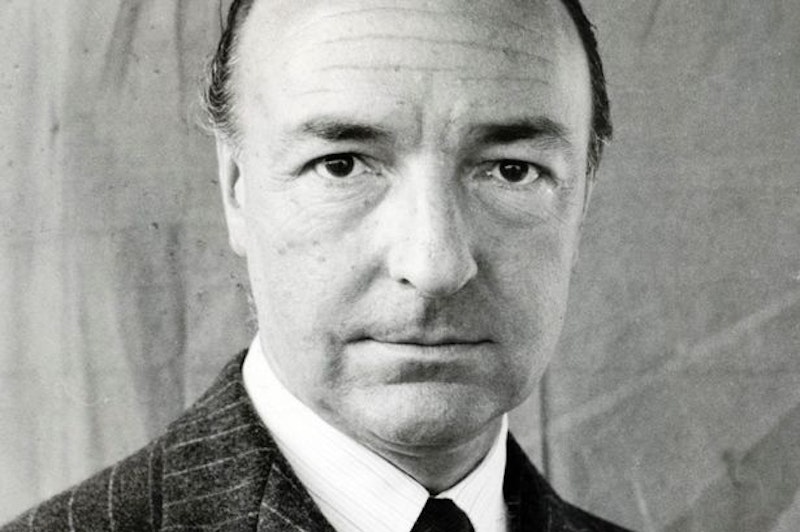 As a regular reader of The Wall Street Journal since Ronald Reagan’s first election, I scratch my head these days, wondering what demographic the country’s most important daily newspaper is chasing. The same could be said for the Journal’s main competitor, the laughably out-of-touch New York Times—and aside from those two papers, do any other dailies really matter in 2013?—but that’s been the case since Arthur Sulzberger Jr. took over in the 90s.

The Journal’s weekly columnist Peggy Noonan wrote a mostly great piece last week about England’s shot-heard-round-the-world sex scandal that felled Secretary of State for War, John Profumo, and not long after the Tory government of Prime Minister Harold MacMillan. The very, very juicy political predicament was a gift to the UK tabloids (and broadsheets), and wasn’t brushed off in the 12-hour news cycle… because it all happened 50 years ago.

Noonan’s point—and it’s entirely sensible, if quaint—is that the repellent and scandal-marred duo running for office in New York City (Anthony Weiner for Mayor; Eliot Spitzer for Comptroller) might’ve, had they any sense of manners or ethics, followed Profumo’s example, left public life and dedicated themselves to low-profile charity work. Obviously, that hasn’t happened, and the only surprise is that Noonan could’ve expected otherwise.

You have to ask: what decade is Noonan living in? I suspect, like many people over the age of 50, she’s got one foot in the current decade, the other in the past. She concludes the column by offering advice to Weiner and Spitzer—and by extension, Mark Sanford, David Vitter, John Edwards (also attempting a comeback, which really takes balls) and on and on—which both men would probably laugh at. “You can do what John Profumo did. You can go away. You can do something good. You can help women instead of degrading them, help your culture and your city instead of degrading them. You can become a man.”

There are those on the left who indulge in cruel sport mocking Noonan—her goofy column about Elian Gonzales and dolphins in 2000 is the go-to starting point—suggesting that she’s prematurely entered a second childhood, but I’m neither on the left or contemptuous of this brainy and graceful woman.

But John Profumo? The man, who died in 2006 at 91, has zero relevance to the vast majority of Americans today, and that certainly includes those who practice journalism for a living. Never mind that you can count on one hand the number of intelligent men and women in this country under the age of 40 who’ve heard of Profumo; even those who are fully aware of the ’63 scandal and watched John Hurt play the doctor/pimp Stephen Ward and Joanne Whalley as Christine Keeler in the outstanding ’89 film Scandal have tossed it in the bin of ancient history. (Mind you, when the 50th anniversary of JFK’s assassination is observed in November, it’ll overwhelm the media and what’s left of the book industry, with the inevitable BuzzFeed “50 Prominent Politicians Remember Where They Were When JFK Was Shot” crap and a slew of misty-eyed reminiscences about Camelot, all ignoring the plain that fact that had the US media been vigilant during Kennedy’s presidency, he’d have suffered the same fate as Profumo.)

Noonan’s elegiac column could’ve been a classic had it included even two paragraphs that, one, admitted her notion was quixotic, and two, that in this century almost no one cares what politicians do, almost no scandal is career-threatening and politics as entertainment has stripped the profession of morals or aversion to celebrity. That she romanticizes Profumo’s downfall doesn’t help: “Unlike modern political sex scandals, which are cold and strange, it was what a scandal should be: dark, glamorous. Human. No furtive pictures of privates sent to strangers, no haggling over the prostitute’s bill.” I doubt Harold Macmillan thought it was “glamorous.”

It was a column that had the air of a retirement from journalism; and if that were the case, and I’m glad it’s not, it would’ve been a stunning farewell. As it is, however, Noonan just gives more ammunition to her critics and leaves the rest of us wondering what’s going on in that head of hers.