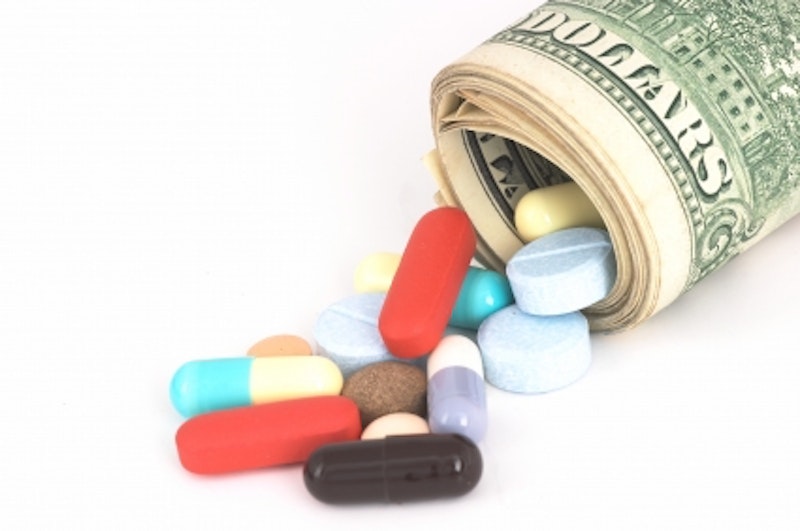 In the U.S., the party of unfettered capitalism and rugged individualism is also the party of traditional values and traditional families. As a result, Americans tend to lump those things together. Capitalism and families for us seem like they have some connection, or at least like they're not opposed to one another.

A recent working paper distributed by the National Bureau of Economic Research suggests just how confused the logic linking capitalism and traditional families is. Economists from a range of institutions analyzed the implementation of Obamacare, and concluded that it could lead to 500,000 to 900,000 people choosing to leave their jobs.

The study is based on what happened in Tennessee when the state ended its Medicaid expansion in 2005, and bunches of people suddenly had to get a job in order to get health insurance. According to the study, those who lost coverage in Tennessee, and those who will gain coverage with the affordable care act, are disproportionately single, childless, and just slightly above the poverty line—in other words, not people with families to care for.

Still, you don't need to be all that imaginative to look at the results and figure out that linking health coverage to the job market creates fewer choices for everyone, and that "everyone" includes families. If you're a traditionalist who believes that women should stay at home raising kids, you shouldn't want to connect health care and work, because connecting health care and work means that anyone with a kid has a huge incentive to go to work. Obviously, if you're a two-parent family and the husband has a good job, this isn't an issue—but in bad economic times like now, that's a pretty big if.

The dilemma here isn't new. The welfare Aid to Dependent children program was intended to allow single mothers to stay home with their kids; it was set up, in other words, to enable women in difficult circumstances to fulfill a traditional role. Originally it was directed mostly at white women, and paid African-American women less, on the racist grounds that black families needed less to live on. As blacks began to participate in the program as well, though, the rhetoric around it shifted. Instead of a program designed to help mothers be mothers, it became seen as a program that allowed potential workers to slack off. Racism became the lever to view women in the context of the workforce rather than the family. Capitalism beat out tradition.

Which is what capitalism does, fairly relentlessly. The market isn't about traditional moralities or relationships. On the contrary, it's dedicated to dissolving them. In capitalism, you aren't a mother or a father or a husband or a wife or, for that matter, a child. You're a worker. Your primary relationship is to production; your primary moral imperative is to work. That's why, traditionally, people who have cared about tradition—like, say, T.S. Eliot, G.K. Chesterton or Pat Buchanan—have been leery of the advances of capitalism. Often that leeriness has been queasily linked and routed through traditional anti-Semitism and nativism. But that doesn't change the fact that the central insight is sound. If you want traditional communities centered on faith and family, you can't be worshipping the market and treating people like individuals whose main commitment is to the grindstone rather than the hearth.

One of the main ways the U.S. has enforced the grindstone in recent decades is by making health care dependent on employment. If you want to be protected against medical disaster, or you want your family to be protected from medical disaster, you need to work, and work at a particular kind of full-time job. Among other things, this means that parents who might want to trade income for time spent with their children and families have many fewer options for doing so.

A lot of the anger among conservatives in the U.S. is, appropriately enough, conservative. People are pissed because their lives are in upheaval, family dynamics are changing, and everything seems unstable. But the party that speaks for that unrest also advocates for more and more capitalism, which thrives on churn and chaos and the wage-lowering energy of worker anxiety. To the extent that it provides protection from the exigencies of the market, Obamacare, then, is more conservative than its conservative critics.