Whom should we listen to when everyone seems to be an expert on everything? 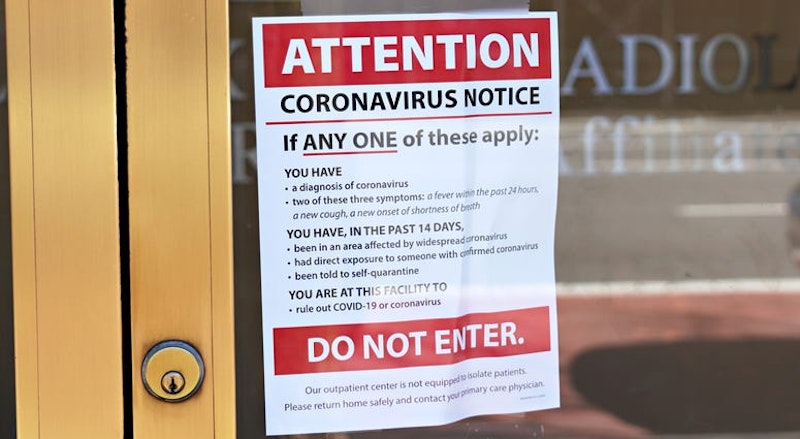 It’s just a few weeks since America and most of the world has gone into “shut down mode.” For the most part, people are confined to their homes, and they are trying to make the best of it, even those that are complaining more than usual.

It’s surprising that despite many legitimate complaints, people are trying to create new routines that’ll not only keep them sane, but also allow them to continue to work from home, even if it means only in partial capacity. Those with children are working with their school districts to keep the lessons going and are engaging in some form of homeschooling. College students are “attending” online classes and professors are recording the lectures. How much learning are they really getting from this remains to be seen, especially since most seminars don’t lend themselves to virtual reality, and because both professors and students are on perpetual edge.

The frustration is mounting and you can’t blame people for it. Whom should we listen to when everyone seems to be an expert on everything? When will this end? Why do I feel like I’m in suspended animation? Should I read? What should I read? What can I do to make myself feel better? We’re scrambling to write (myself included) about good things, like film and literature, things that will uplift us. There’s nothing wrong with that, and we should keep doing it for our sake and for the sake of others.

During the war in Bosnia, I did a lot of similar, good things to counteract the boredom. I read, I watched TV (when the power was on), I learned how to knit and crochet. Strangely enough, the reality was clearer during the war than it is right now. The enemy was known, the victims were known, only the end of the war was impossible to determine. What’s happening in America is certainly not war, but the isolation has a similar effect on people as the war. What makes the current situation strange is that this indeed is “an invisible enemy,” as Trump and others have called the virus.

There are many levels of this invisibility. One is purely scientific. Who’s infected? How do we know immediately who’s infected? Are their symptoms really the symptoms of COVID-19? Another level, far more dangerous and elusive, is that the political maneuvering has taken over the science. Media is continuously frightening people, although, we are slowly entering into an awakening to the suspended animation that only continues to live because of the vagueness.

The projection models of new cases and deaths are odd as are the numbers that are already known. Nobody seems to know the specifics of each case of death, especially the underlying conditions. There’s some anecdotal evidence, mostly found on Twitter, but there too, we’re faced with a presentation of tragedy without any background to a particular case. Nobody’s able to investigate the particulars, on the ground, precisely because of the imposition of social distancing. Not that social distancing shouldn’t be applied but in the midst of so many conflicting messages and ludicrous statements from the leftist media, it presents a problem.

And then there’s China. But that’s another story, which I leave to the experts, whomever they are.

On one hand, I’m pleased to see that Americans have adapted so quickly to some of these new models of existence, which are mostly technological in nature. But the question, which should be on everyone’s minds is not how can they get better at adaptation but how and when will they exit out of this absurdity, which has now become a global problem. People shouldn’t get comfortable in this new reality, and what we are currently facing should not become the “new normal.”

I realize that everyone’s trying to find some humor in this, including myself. But the funny memes and homemade videos are quickly losing their effect because they’re only creating avoidance and an escape from reality. And reality is that this condition can’t and shouldn’t continue indefinitely. At this point, we’re just whistling past the cemetery.

This crisis has clearly revealed that the theater of the absurd is not only continuing but also thriving in this strange new world. Deconstruction, disorientation, and waiting for the invisible nothingness to end have become the primary mode of being. This solitude and silence that’s been thrust upon us is partially artificial because now the absurdist plays of our technological world and interactions have opened up more doors that lead to more dead ends. Not only that, we’re forced into collectivism that is, paradoxically, separating us. As this drama unravels, it’s imperative to remain awake.