Relishing the smell of Hoosier earth under my sandals. 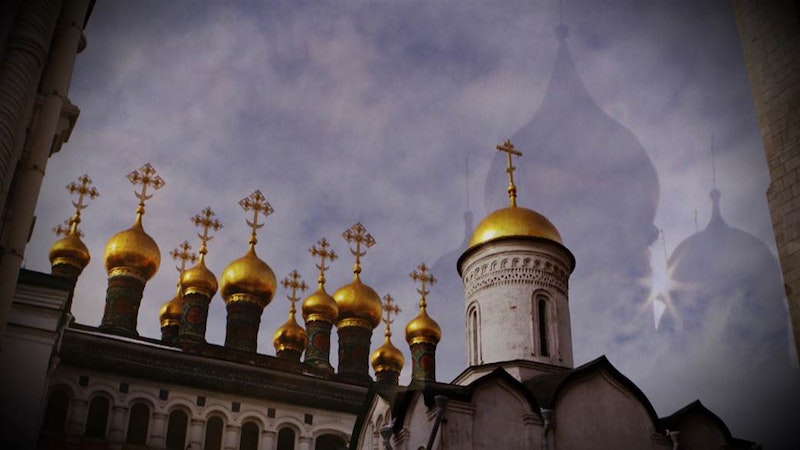 Mother and I have returned to our humble corner of the Midwest, and hard work awaits.

There is, first of all, our ongoing project to raise high the beams of a temple to the Lord: what will be the first Russian Orthodox parish in our patch of Hoosierdom. Truly, to build from ground up a holy community of this sort will be a labor, if one of great love. There is also the prospect of the spring planting on our Organic Acre, a project that will task Mother’s and my admittedly neophyte skills in husbandry. And, of course, as summer approaches, Daughter will have to be compelled to catch up in her work in the homeschooling collective that Mother and I, in league with several other Russian Orthodox convert families, have established here in our county.

I will treat these projects in later posts, but I would like to start here by mentioning Mother’s and my recent trip to Russia, the Holy Motherland of us Orthodox. Like any American, I had spent my life marinated in anti-Russian propaganda. The Western media wallows in a cruel hatred of Russia. It magnifies her every imperfection and denigrates her every achievement. As if journalists are not also persecuted in the West, and as if the Russian social structure does not in some ways offer a model—I do not say a perfect model—for any society that would resist the corrosive effects of Western liberal “culture.”

I am delighted to affirm that this propaganda is largely poppycock. There was no obvious sign on Russian television of state censorship—although it is possible that, lacking Russian, I was not in the best position to judge. (Our trip reaffirmed my desire to learn Russian. Though I will likely never achieve that mastery of the tongue possessed by Daniel Larison, the Byzantine scholar and The American Conservative’s matchless Slavic linguist and observer of the Russian mir, I would still like some proficiency in it, if only to browse in the glories of the 19th-century Slavophiles). And far from being “oppressed,” the Russians whom Mother and I encountered on our tour glowed with an inner vitality that one does not often find among the spiritually malnourished denizens of the West. More than once I was heard to say to Mother, not without a consciousness of my perhaps comical overenthusiasm: “This, this, Mother, is the Russian Soul!”

It is true that there is unpleasant urban chaos in Moscow. Mother, in particular, was conscious of the air pollution and, more than I, she was put out of countenance by the local penchant for driving on the sidewalk. But here I recognized an opportunity for instruction, reminding her that it was America more than Russia that had saddled our planet with the dominion of The Machine. In absorbing the worst effects of globalization, Russia is, as it has been so often in history, a victim of the aggression of the West.

I will have more to say about our Russian adventure in future installments of this, my ongoing online diary—one might say my Book of Days. For now, though, I am home, relishing in the smell of the Hoosier earth under my sandals, girding myself for the joyous labor of the spring. This evening, Brother Aiden, from whom our Russian tour was a 20th anniversary gift for Mother and me, will visit. He will bring his hurdy gurdy and—with Mother on accordion and me making my contribution on the lute—we will sip homemade plum brandy and submit ourselves to the discipline of the madrigal, our voices rising to the Lord in ragged but rich harmony.

We will also read aloud from the Philokalia of St. Nikodemos.