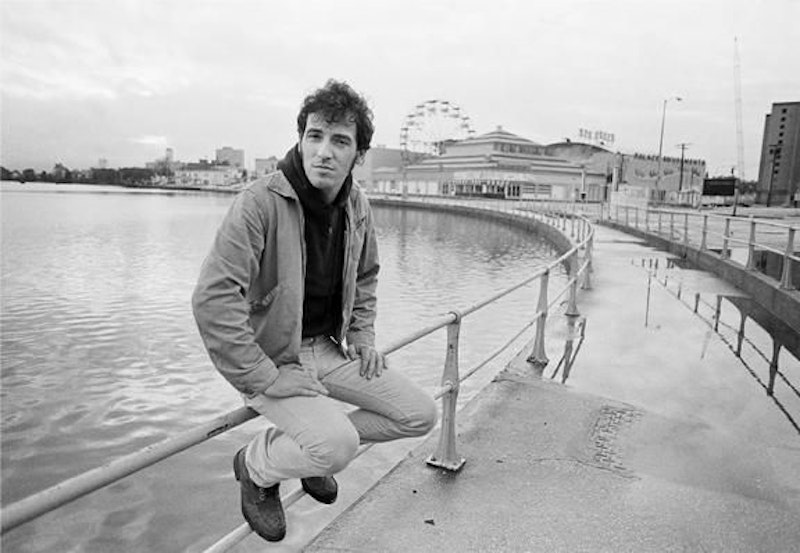 There’s little doubt the multimillionaire rock star Bruce Springsteen—richly rewarded for his work ethic and mostly magnificent catalog of songs—would be aghast if a percentage of Donald Trump’s support might be encapsulated by a lyric from his 1982 song “Atlantic City.” It’s unlikely most of Trump’s voters are conscious of this, but upon listening to Springsteen’s best song from his Woody Guthrie-like album Nebraska, I was struck by the following lyric: “Now I been lookin’ for a job but it’s hard to find/Down here it’s just winners and losers and don’t get caught on the wrong side of that line/Well I’m tired of comin’ out on the losin’ end/So honey last night I met this guy and I’m gonna do a little favor for him.”

Yes, a bit out of context, but you get the drift: there are millions and millions of Americans who are at the end of their ropes, feeling betrayed by both the Republicans and Democrats—and the Permanent Government in general—and so, at least for now, they’ve latched on to the often contradictory, at times inarticulate and rude bluster of Trump, applauding him for “telling it like it is” and not capitulating to ever-increasing political correctness. They want to be winners. It could be that Trump’s allure is on the wane—if he loses the Michigan primary on Tuesday, he’s in trouble—but that’s been predicted since he announced his candidacy last summer.

As I’ve written previously, I find Trump a repulsive celebrity, whose pandering views on immigration—although Cruz Republicans find him wobbly on the issue—nonsensical claims of imposing economically-crippling tariffs on China, in particular, and disgusting slurs on Muslims certainly aren’t in line with my own beliefs. True, should Trump get elected—and the current polls showing he’d lose decisively to the equally greedy Hillary Clinton are useless in March—he’d probably govern as a centrist, or, even better, face gridlock from a recalcitrant Congress (and who knows what the make-up of the Senate and House will be). My wife, who doesn’t follow politics closely until the election nears, says Trump would be a national embarrassment, and that’s a difficult argument to refute. I do know that I’d prefer Trump to Holy Roller Ted Cruz—a true demagogue, who brags about getting down on his knees to thank God each morning—or Clinton.

But it really is delightful to see the Beltway establishment going bonkers, daily, over the Trump “movement.” Last week, Max Boot, a respected 46-year-old neoconservative who writes op-eds for prestigious publications, made this astonishing statement to The New York Times (among other venues): “I would sooner vote for Josef Stalin than I would vote for Donald Trump.” That’s quite something, considering that Boot, a booster of American exceptionalism, was born in Moscow, to Jewish parents who emigrated from the Soviet Union to Los Angeles.

Another Beltway creature, Matthew Continetti, who runs the conservative website The Washington Free Beacon (and is married to Weekly Standard editor Bill Kristol’s daughter), is also apoplectic over the possibility of a Trump presidency. Shortly after last Thursday’s GOP food-fight debate (per usual), Continetti wrote: “The spectacle made me ill. On screen I watched decades of work by conservative institutions, activists, and elected officials being lit aflame not only by the New York demagogue but by his enablers who waited until the last possible moment to criticize and try to stop him… [If Trump’s nominated], it would crown as the heir to Lincoln and TR and Eisenhower and Reagan a man who every day finds new ways to polarize, repel, infuriate, shock, and horrify.”

So delicate! As if the country wouldn’t survive a Trump nomination or presidency. And mind you, Continetti is the author of the 2009 book The Persecution of Sarah Palin: How the Elite Media Tried to Bring Down a Rising Star. Not only is Palin a blithering nincompoop who aspires to Trump-like celebrity, but she’s also a source of disaffection within the GOP. This rich irony on Continetti’s part can’t be overstated.

A less angry but melancholic anti-Trump column appeared last week, written by The Wall Street Journal’s Peggy Noonan, a queen of the GOP elite, given her key posts in the Reagan Administration and virulent opposition to the Clintons. I’ve met Noonan on many occasions—we interviewed Bill Buckley together for a New York Press article in the late-1990s—and liked her very much. Her column is sad, because in addition to tearing down Trump, it’s also an elegy for politics (and journalism) as she knew it, a not unsurprising reaction from a 65-year-old who isn’t quite ready to hang up her cleats. She writes: “[W]e are witnessing history. Something important is ending. It is hard to believe what replaces it will be better. No one knows where this goes. The top of the party and the bottom have split. They disagree on the essentials.”

Well, good! The GOP’s a mess—just as the Democrats were after Dukakis’ loss in ‘88—and needs an overhaul. John McCain was a terrible candidate in ’08 against Obama (even though after Bush fatigue and the financial crash I can’t think of a Republican who’d have won). Mitt Romney was another failure atop the ticket in 2012. For better or worse, most of the energy within the Party has come from the loosely-cobbled “Tea Party,” and Trump’s weird ascendancy is of a piece with that “burn down Washington” ethos.

I suppose this epidemic of Beltway/Manhattan tsouris among the GOP elites is pure fear: if Trump’s elected, the landscape changes, a new elite will take over. Influential lobbyists and consultants will be looking for work; prized and long-standing reservations at DC restaurants will no longer be honored; and writers like Continetti, Boot and Kristol might find their environs a lot tougher to navigate.