And more women than ever are reporting about it. 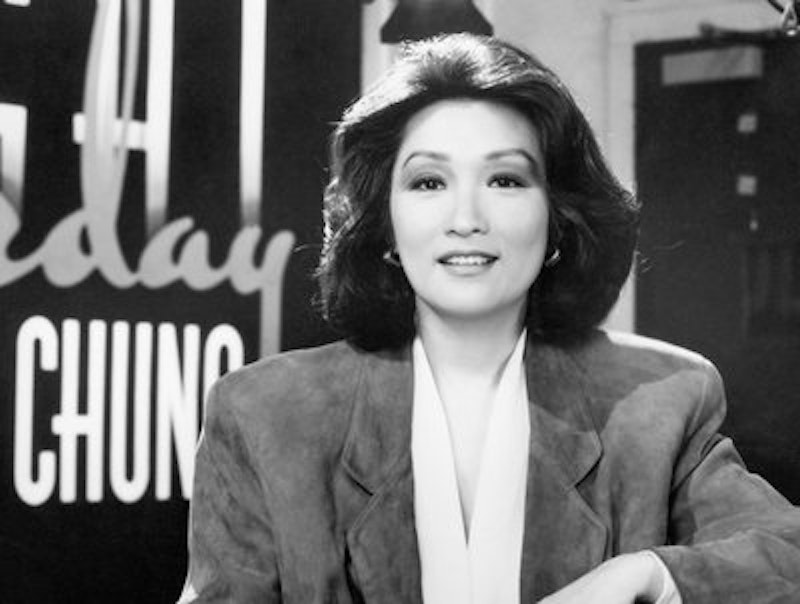 The boys on the bus these days are the girls on the plane. Political journalism used to be a guy thing. It was about hitting the road by plane, bus and Winnebago, listening to the same speech six times in one day, then bellying up to a bar for some male bonding with or without the candidate. Today, it’s pretty much retro redux only it involves the sisterhood of the traveling pants. And the ladies are chronicling the presidential race as well as, if not better than, many of the men.

Timothy Crouse’s 1973 epic take-down of pack journalism, The Boys on the Bus, was about how the scrum of the nation’s top political writers, reporting on the same candidate and event, somehow managed to produce exactly the same lede, or first paragraph, for the next day’s editions. And why, if they didn’t, their editors would demand explanations for the deviation from the product of the pack. In other words, sameness was expected and demanded. They were, with rare exception, guys. Pack journalism, according to Crouse, produced consensus journalism.

Back then, among the many big-foot journalists were: David Broder, of The Washington Post; R. W. “Johnny” Apple and Warren Weaver, of The New York Times; Jack Germond, of the Gannet Newspapers Jules Witcover, of The Los Angeles Times; Paul Hope, of The Washington Star; Walter Mears and Carl Lubsdorf, of The Associated Press; Steve Gerstel, of UPI; Rowland Evans and Robert Novak, the syndicated columnists; William Greider, of The Washington Post; Adam Clymer, of The Baltimore Sun; Alan Otten, of The Wall Street Journal; Jim Perry, of The National Observer; Marty Nolan, of The Boston Globe; Marty Plissner, who was Walter Cronkite’s numbers man at CBS; and the irrepressible Hunter Thompson, of Rolling Stone.

It was Germond, in fact, who devised the pack’s rules of the road for the campaign press: Rule one was, whenever a taxi is shared, the person in the front seat has to pay. And rule two stated that whenever four or more reporters have dinner together the check is split evenly. Germond’s huge appetites usually involved more food and drink than any other. The late Germond wrote his own campaign press travelogue, Fat Man in the Middle Seat.

Mears was the reporter everyone gathered around at the end of the day to smoke out the lede and set the tone for the coverage that would reach 1800 member-newsrooms the next day. There were no cell phones or laptops to offer minute-to-minute updates as there are today. Most news reports traveled by Western Union or were dictated over land lines. The equipment of the day involved portable typewriters (preferably Olivetti), rotary dial phones and a pocketful of dimes for pay phone booths.

And yes, there were a few, very few, women among them on the bus, notably Connie Chung, of CBS and Baltimore-born Cassie Mackin, of NBC, two early Nellie Blys who eased the way for today’s women on the campaign trail.  (My own adventures included seven national political conventions, Spiro T. Agnew’s campaign plane in 1968 where there were no women reporters aboard, and before that President Lyndon Johnson’s Air Force One where the White House Press Corps included three women—Muriel Dobbin, of The Baltimore Sun, Helen Thomas of UPI and Fran Lewin, of the Associated Press. At that time, Thomas and Lewin were limited mainly to covering the First Lady and women’s events involving the White House.)

But today, news travels so fast that sound often cannot keep up with it. Often the phrase “24-hour news cycle” is employed to describe the bombardment of news that envelopes us. The phrase is woefully inaccurate and imprecise. Today’s new cycle lasts about two minutes before it is subsumed and outdated. And that is about how fast today’s reporters must react and update across a variety of platforms—print, the electronic newspaper, television, cell phones, blogs, Facebook and Twitter.

And many of those who’re performing the multi-tasking are women. And it’s a lot more than powder-puff journalism. At MSNBC, for example, the pool of front-line campaign reporters are women—Katy Tur, Hallie Jackson, Chris Jansing, Kristen Welker and Kasie Hunt, who originally earned her chevrons as a political and White House reporter for the Associated Press. There’s no faking it when they’re standing in front of a camera doing live shots a dozen times a day. To quote Dan Rather, the camera never blinks. There are no make-up artists tagging along in campaign press entourages to tame fly-away hair in howling New England winds.

The networks are populated with female political talent galore. Megyn Kelly at Fox News, who’s also an attorney, has distinguished herself for her steely face-downs of Donald Trump. Norah O’Donnell got her basic training as a print reporter for The Hill before moving on to television, first at MSNBC and now a star at CBS. Candy Crowley and Dana Bash hold down the political chairs at CNN, while Savannah Guthrie, another attorney, presides at NBC after moving over from MSNBC. And Gwen Ifill earned her political reporting chops as a State House reporter for The Baltimore Evening Sun and, later, at The New York Times, before assuming the anchor chair at PBS.

Reporting on political campaigns in an era of disappearing newspapers and increasing costs is no nine-to-five job. Cable news is a window on the world 24 hours a day. At the beginning of the 2016 campaign, actually in 2015, the media hiring stampede was on. Some media outlets hired as many as 250 additional staffers to blanket the coverage of the extraordinary number of candidates—17 at first count on the Republican side and a half dozen in the Democratic column—as well as those who were waffling.

And in case there’s any wondering what reporting on the roadshow is about, here’s the last paragraph of Crouse’s remarkably durable book: “Then the group broke up for the last time. The reporters stood in little groups around their luggage, looking shipwrecked, waiting to be picked up by their wives. The cause was not just as bright for them. The man [Sen. George McGovern, the 1972 Democratic candidate] who had brought them together, made them the most unlikely of friends, given them common gripes and jokes, given them, in fact, everything that they held in common, had just driven off into political oblivion in a black Cadillac. It would be a good while before any of them would again discover the same irresistible combination of camaraderie, hardship, and luxury. They now had to go back to paying the dues which would earn them another campaign in 1976.”

The same can be said of the girls on the plane.