Our Institutions Are Afflicted With Cowardice

Everyone's afraid to defend the victims of powerful predators. 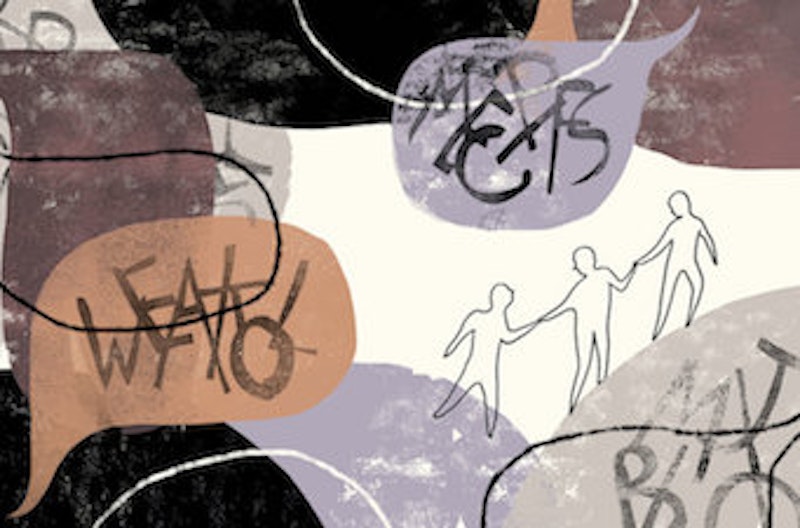 These are cowardly times, although it's easy to get deluded into thinking that Americans are stand-up people who look out for the powerless when they're victimized by the powerful. Social media erupts in outrage over the latest incident of a cop killing someone he didn't have to kill, or when the principal pulls the plug on class valedictorian’s mic. Those in positions of power prey upon the weak. Depressingly few people are able to make the correct moral choice if they stand to lose something.

The evidence is everywhere. A University of Southern California gynecologist, Dr. George Tyndall, had a long track record of racism and acting inappropriately towards his student patients during medical examinations. Fifty-two women filed complaints about Tyndall over a period of decades, but USC didn't fire him until 2017. That's serious negligence that might be considered criminal. It took a frustrated nurse going to the campus rape crisis center in 2016 to get Tyndall suspended, and then USC arranged a secret payout to him upon his resignation after declining to report him to the police.

In a positive development, Michigan State University recently discovered there's a steep price to be paid for protecting degenerates. The school announced in May that it had reached a $500 million settlement with the girls and women that its employee, Dr. Larry Nassar, had sexually abused since the early-1990s, when the complaints started coming in. An MSU softball player recalls a trainer telling her, after she'd complained about Nassar, “He’s a world-renowned doctor. He treats elite athletes."

The Detroit News found that 14 MSU representatives, including coaches, trainers, a university police detective, and the university's future assistant general counsel, were aware of allegations against Nassar over a 20-year period prior to his arrest. Former MSU president Lou Anna Simon, who resigned on the day Nassar was convicted, was notified in 2014 that a “sports medicine doctor” was the subject of a Title IX complaint and that a police report had been filed on him, but claimed she never received the report. The university protected Nassar, a graduate of the MSU osteopathic medical school, as if he were a made man in the mafia.

An ignorant online mob, stoked by New York Times tennis reporter Ben Rothenberg, went after ESPN announcer Doug Adler after he'd used a common tennis term to describe Venus Williams' tactics in a match at the 2017 Australian Open that a handful of outraged people on Twitter misinterpreted as a racial slur. ESPN then forced Adler to apologize, covering itself, after which the sports network fired him. Adler can no longer find work, though he said nothing even vaguely inappropriate. Rothenberg, who didn't know tennis well enough to understand Adler's remark, still writes for the Times.

But the rest of the tennis community, especially the journalists dedicated to reporting the truth, rallied around an innocent one of their own, right? No, they all pretended it never happened, including The New York Times, which didn't even cover the story of ESPN firing an announcer over an alleged racially-motivated comment aimed at one of the Williams sisters.

Not a single prominent tennis reporter said even a word in defense of Doug Adler on Twitter, even though they were all talking about it in the media room and understood his innocence. John Isner, a tennis player despised by much of the tennis media because he's a Trump supporter, was the only tennis pro “brave” enough to publicly support Adler—”bogus” was the word he accurately used to describe controversy. That stating the obvious would be considered an act of courage is a telling commentary on the current cowardly state of the media, and society, in general.

The disinclination to defend the innocent if something's at stake isn't confined to the U.S., however. Official statistics show that 1510 children as young as 12 were sexually exploited (some tortured) in the English city of Rotherham over a 16-year period. Once again, people in positions of authority who’d known what was going on for years did nothing, in this case because almost all of the abusers were of Pakistani heritage, and none of the victims were, and they feared being called racists.

The political correctness that straitjackets British society and makes people into cowards is directly responsible for the suffering of all of those girls in Rotherham and other cities where the so-called grooming gangs were known to have been operating. Those girls were just collateral damage in the righteous war against social injustice. Maybe humans aren't inclined towards courage in a way best understood by evolutionary biologists. Caution is often the best option if survival and passing down of genes is the biological imperative.

That’s a depressing thought because the scandals that’ve been revealed are probably just a start. They went on for years because our institutions are stricken with a moral rot that's just beneath the surface, waiting to be exposed again when the next disgrace surfaces. Maybe the thought of having to pay out $500 million will be the only reason more people start choosing to do the right thing, which isn’t encouraging.