Our Instinct for In-Group Loyalty

We’re capable of developing institutions and structures that help us suppress our tribal impulses. 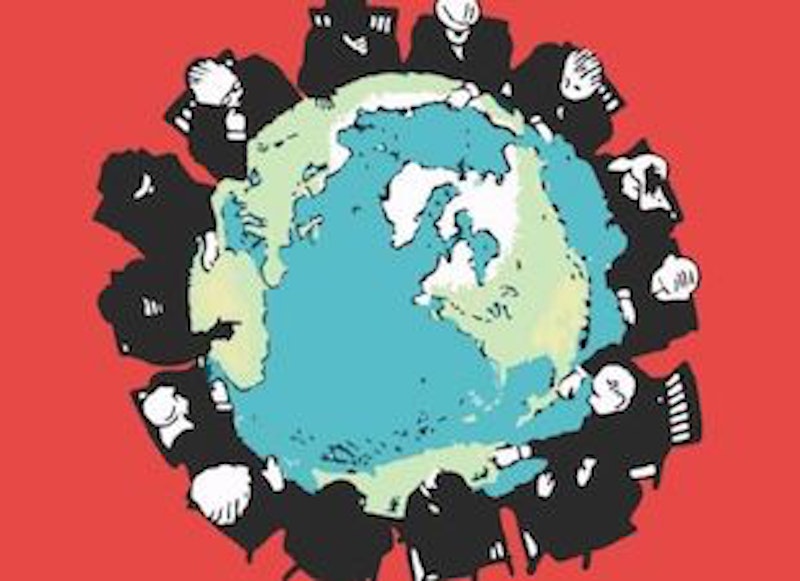 During a conversation with Robert Wright on Bloggingheads.tv, Jonathan Haidt argued that there’s a clear limit to human solidarity: “A nation state is, actually, the largest unit we can do for which our tribal instincts still work.” Wright responded: “Wait, you’re talking about a number of people that is the max? Three hundred million is the max? Or geographic scope? Or are you just saying that there has to be some other group that we are opposed to?”

Haidt explained that we don’t necessarily need an enemy to arouse our tribal instincts, but we have to be “part of a group that has an identity and has a quasi-religious nature to it.” He cited the American sociologist Robert Bellah, pointing out that the “nation is the largest unit that does all the stuff that activates the tribal mind.”

Wright countered that the nation is an arbitrary dividing line: “You’re acting as if it violates human nature to extend brotherhood beyond the scope of the nation, but it’s not as if the nation is a natural compass… we’re not designed by natural selection to feel a sense of kinship with 300 million people.” Wright goes on to describe national solidarity as a “cultural adaptation” that can be transcended.

It’s no surprise that Wright would make this argument—he’s the author of Nonzero: The Logic of Human Destiny, a book about the increasing complexity and cooperation in human societies and the ongoing “construction of a single, planetary brain.”

Since Haidt and Wright had that conversation in 2012, these questions have become more salient. From Brexit to the election of Donald Trump to the startling success of far-right nationalist parties in Europe, we’re living in an era in which the critics of “globalism” (a word that’s almost always used scornfully) are ascendant.

This is one of many reasons why we should ask if it’s really true that our instinct for in-group loyalty is circumscribed in the ways outlined by Haidt.

While the evolutionary basis of tribalism is clear, we’re capable of developing institutions and structures that help us suppress our tribal impulses. And evolution has equipped us with tools that allow us to question and modify our behavior. As Peter Singer puts it in the 2011 edition of The Expanding Circle: Ethics, Evolution, and Moral Progress: “It is now generally accepted that the roots of our ethics lie in patterns of behavior that evolved among our prehuman ancestors, the social mammals, and that we retain within our biological nature elements of these evolved responses.”

These elements include a tendency to engage in reciprocal altruism—the willingness to do someone else a favor with the expectation that the favor will be returned in the future. Singer points out that this inclination binds people together almost as powerfully as family ties: “Though kinship is the most basic and widespread bond between human beings, the bond of reciprocity is almost as universal.” From productive trading relationships to mutual defense treaties, reciprocity can extend far beyond national borders.

We’ve also evolved the capacity to reason, which gives us the ability to recognize that there are people just like us in other parts of the world with interests and rights that must be respected.

These are both core components of Singer’s argument that our ethical concerns have shifted to encompass larger and larger groups of people over time (hence the title of his book). He also notes that we now even include animals in our “sphere of altruism.” Even though our world remains carved up by borders and riven with tribal pathologies, it’s impossible to argue that the circle hasn’t expanded. As Haidt acknowledges, “The great breakthrough was when we were able to go beyond kinship and scale up to groups so large that they were just bound together by tribal markers.” But Haidt seems to think this process has hit its ceiling.

Despite the recent resurgence in nationalist attitudes around the world, Haidt picked a strange time to make this claim. The level of global integration we’ve witnessed over the past 75 years is unprecedented—from the establishment of intergovernmental organizations like the United Nations to the explosion in international trade (facilitated by the development of mechanisms to enforce rules and arbitrate disputes).

We’re living in an era that offers far more opportunities for international communication and collaboration. Although the Internet can be an engine of tribal hatred, it also allows anyone to instantaneously access the largest repository of information in human history and engage with people who live thousands of miles away.

None of this is to say we’re approaching the formation of a world government or some other radical shift in the way we organize our societies. Nor does it demonstrate that evolution is a teleological process or augur the development of a single global brain. But Haidt’s confidence that our tribe could never be expanded to include people from other countries is suspect. Nationalism is a potent force, but humanity has devised many ways keep it in check and even transcend it.

As Singer observes in The Expanding Circle, the process of ethical reasoning is leading us toward a more universal conception of rights and responsibilities: “Taking the impartial element in ethical reasoning to its logical conclusion means, first, accepting that we ought to have equal concern for all human beings.” In other words, if we understand that our individual interests are no more important than anyone else’s in our society, we should realize that the same principle applies to our society as a whole in relation to other societies. Does Haidt think it’s impossible for this logic to be assimilated more broadly?

In a 2016 article in The American Interest, Haidt argues, “As societies become more prosperous and safe, they generally become more open and tolerant… this openness leads almost inevitably to the rise of a cosmopolitan attitude.” However, he also points out that multiculturalism, mass immigration, and other internationalist projects can lead to animosity among people who feel threatened by globalization. This is a perfectly reasonable concern, and he’s right to caution against dismissing all forms of nationalist backlash as simple expressions of bigotry.

But here’s what’s curious about Haidt’s article in light of his arguments about the inescapable, permanent sway of national identity: He admits that entire societies are capable of embracing a “cosmopolitan attitude” under the right circumstances. This raises a few questions: Are the societies he’s talking about more or less cosmopolitan than they were, say, 75 years ago? If the answer is more, isn’t it possible that Singer is right? Isn’t it possible that our circle of ethical concern really is expanding? Couldn’t it continue to do so?

While it’s certainly possible for this change to take place too quickly, Haidt hasn’t demonstrated that the expanding circle has slammed up against the wall of national loyalty just yet.