Oliver Bateman’s 12 Rules for Life: The First Half 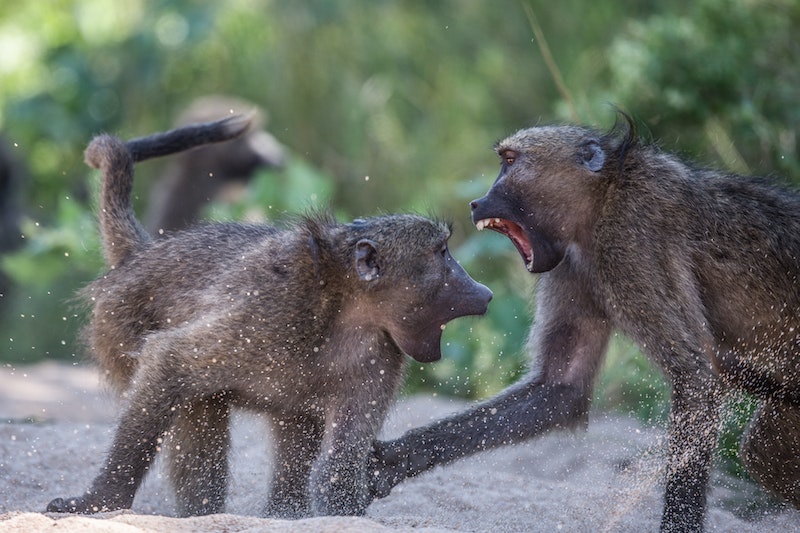 Precisely nobody ever asked how they can be more like me. Perhaps they would if they could, but they can’t. I reside far behind the on-camera scenes set in the putative taste-and-take-making “scene,” remaining out of sight and cite. The work of anonymity pays far better than one might expect.

With that in mind, I see no harm in disclosing how I got here. To paraphrase the 4 Non Blondes, 39 years and my life is still trying to get up that great big hill—a “Scenery Hill,” like my hometown—that remains obscured behind clouds and clout. “Wherever you go, there you are,” as Buckaroo Banzai opined decades ago. Here, then, are the first six of my 12 simple rules for going there while remaining here for it, rules I’ve lived by and perhaps even died for, if one happens to believe in reincarnation. The truth is out there, as they say. Who are they? Try a better question: who are they not?

Rule #1—Feign ignorance under all circumstances: Always listen, especially when someone is bloviating. Few things are better than sitting through an extemporaneous ex cathedra discourse. You’ll benefit in one of two ways. If the speaker’s a liar and a fool attempting to impress you with a bunch of two-dollar words and three-dollar claims, consider this useful information about their character and file it away. If they happen to know the subject they’re discussing, enjoy the free lesson. The latter is less common, to be sure, but when it happens, appreciate that they’ve decided to save you the trouble of learning this stuff on your own. Time is money, except they’re not making any more of the former.

Rule #2—Take credit for nothing: When someone tries to thank you or tell you that you did a fine job, dust them off like a knee-length coat after a long cattle drive. “Oh no, that was all so-and-so,” you should say. “They were the heart and soul of this. I just did the work, which is the easy part.” Unless they’re extremely shrewd people, always keeping an eye out for the emergence of another gray eminence or cat’s paw, they’ll recognize that you’re someone they can trust—someone who’ll do the work and do the job, no questions asked. And if they do happen to be on high alert for rising gray eminences or cat’s paws, avoid them at all costs, because they’re the competition.

Rule #3—Do all the work but pretend you’re doing no work: Sometimes people will nose around to determine how you’re completing all your work. These folks might seem like flatterers, but they’re actually looking for intel. Bat them away as surely as if you were an old pussy playing with some worn-out catnip bananas. “What’s that? Busy? More like hardly working than working hard! I keep my options and my Outlook schedule open. What do I do with my spare time? Ha ha ha, wouldn’t you like to know! Heck, so would I. It’s a blur. Gets late early out there when you’ve got a kid, you know.”

Rule #4—Let others sell you their ideas, then make them your own: Aside from my essays in Splice Today, I almost never write an unsolicited story. I wait for an editor or boss to tell me they’d like to read a piece on X topic, whereupon I prepare something along the lines of ~X. Superficially speaking, I’ve given them what they want—lorem ipsum to insert below the headline—but what I’ve written in fact was exactly what I hoped to write in theory. The best editors know this and provide only the vaguest instructions. Those editors also leave the copy intact, which is why I prioritize working with them.

Rule #5—Downplay any discussion of your work by saying something along the lines of "Oh, someone else already did it better": Never boast about your accomplishments. As soon as you mention you squatted 600 pounds past parallel, someone will tell you they know dozens of people who are doing this for reps. The same goes for anything on the literary or creative end. Mention you have an agent and expect to hear shaggy-dog stories about publishing deals and projects way out beyond the horizon, particularly if you’re in Brooklyn or one of those wretched “creative clusters.”

Rule #6—Consume raw eggs, raw milk, and "Pittsburgh rare" steak: Diet matters, but not to me. There are innumerable kooky theories, many of them mystical or spiritual in nature, about man being or becoming whatever it is that he eats. I couldn’t care less about any of that humbug. I care about time. Unlike the beloved super hero Time Man, who has all the time in the world, I sense “time’s winged chariot hurrying near.” I eat raw eggs because I can swallow them fast, six to 12 at a time mixed with desiccated liver powder, and I drink raw milk because my mom brings me gallons of it from my aunt’s farm. I suppose I do have a taste for the cream, much as “Macho Man” Randy Savage did, but that’s neither here nor there. And steak seared or very nearly charred on both sides yet left purple to dark red on the inside goes down quicker than a wink, ideally in huge chunks that can be forced up through my esophagus at a later time and thereupon masticated like so much meat-flavored gum.