World’s masters laugh as Americans fight like crabs in a barrel, while media continues to insist that Biden knows he’s President. 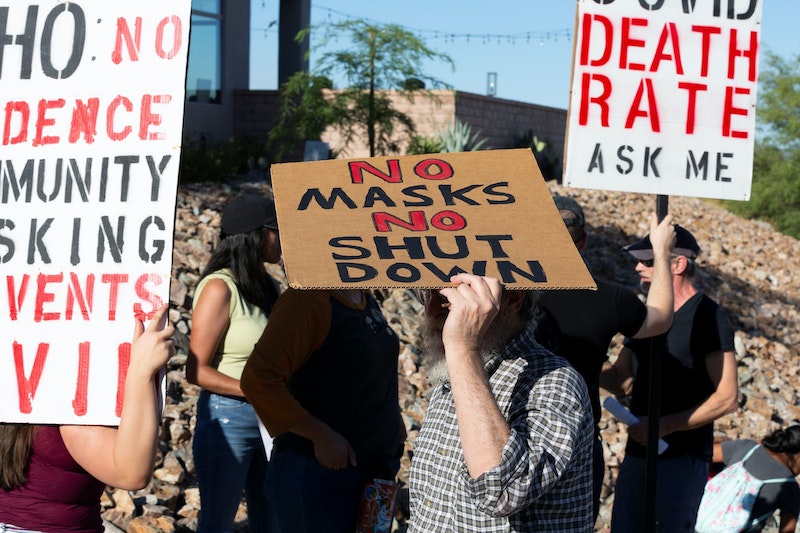 May the trilogy please conclude? Can Lambda be our last nickname for the extra novel coronavirus? Options are nice, but not with viruses. New versions are usually welcomed, but in this case, I think enough is enough. It’s time someone oughta show coronavirus who’s boss. We’re gonna kick COVID-19’s butt back where it belongs: in the canals of Venice in late-August/early September 2019. So far, Americans haven’t been sending their best, and steps to avoid community spread failed miserably early on and continue to effect public health and prolong the pandemic. Nevertheless, we mustn’t lose sight of who caused this disaster in the first place: world’s masters, the governments of China, the United Kingdom, the United States, Brazil, and others that were probably up to some nasty shit in those gain of function labs. Well, I’m not sure that Bolsonaro had a finger in the gene pie, but he’s certainly a fan of the coronavirus—he’s caught it five times.

Regarding Lambda and Delta versions: “Among all the sequenced coronavirus samples nationwide, only 810 have been found to be Lambda. By comparison, over 86,000 have been found to be Delta. Due to testing limitations, only a fraction of viruses are sequenced, but officials are still confident they’re an accurate overall representation of variants among infections, The News & Observer previously reported.”

We should send in the Taliban to fix the novel coronavirus in this country, as a gesture of good will. With the botched withdrawal from Afghanistan long behind Biden, who can’t remember if he ran against Gary Hart or John Edwards in the 2020 election, and doesn’t even know we invaded Afghanistan. Right now, he’s all sunshine and marbles, off in the sky with friends much scarier than Lucy in the Sky. More pharmaceutical—I shudder at the thought of Biden’s imaginary friends. Visible mental and physical decline drawn out in public on the world stage over a period of years is a rough fate, but Biden shouldn’t be president, not in his condition. Now who put him there?

I never had the chance to choose: by the time the Maryland primary came in June 2020, it was a foregone conclusion. The coordinated dropout of every major candidate except Bernie Sanders and Biden made it obvious that these were not individuals running for office, and even worse, that whatever they’re a part of, decided it would be better to have a man who’s functionally dead instead of a man, by global standards, center-left in his beliefs. Would Bernie have won against Trump in 2020? Not as big of a trounce as it would’ve been in 2016, but yes, he still would’ve. He could talk, he could go out past four p.m.

In a bizarre twist, The New York Times has finally written negative stories on the Biden administration, but spurred by a hawkish fervor to both remain in Afghanistan (?) and, even more disgusting, out of embarrassment of seeing Saigon 1975 repeated in our lifetime, under a president not named Trump. Biden didn’t fuck up the military withdrawal of Afghanistan—what did you think was going to happen? When has there ever been a step forward in that country since 2001? Has any of it held? Besides the extrajudicial murders of people shot on the tarmac and left dangling from helicopters, Afghanistan is simply none of our business. It never has been, never was, but we’ve been involved. Deals were made, years before I was born, but within the last half century. World’s masters, as always, are to blame for world’s misery.

From that Times story, written by Linda Qiu: “Biden: ‘What interest do we have in Afghanistan at this point with Al Qaeda gone? We went to Afghanistan for the express purpose of getting rid of Al Qaeda in Afghanistan as well as, as well as getting Osama bin Laden, and we did.’

False. Al Qaeda’s presence in Afghanistan has certainly been reduced since the United States invaded, but Mr. Biden is wrong to say that the terrorist group is no longer in the country.”

A full “fact check” of Biden’s claims on the withdrawal so far followed on Friday, by Mark Landler: “While Mr. Biden pledged not to abandon American citizens or Afghans who helped the United States, he left untold others in a dangerous limbo, conceding, ‘I cannot promise what the final outcome will be.’… While the president spoke of the heartbreak of the past week and said there would be plenty of time for “criticism and second-guessing,” he was defiant that leaving Afghanistan now was the right move. At one point, he referred to the Afghan people as Afghanis, a surprising lapse from someone who has visited the country multiple times over the last two decades.”

Surprising. It was surprising that Biden forgot the right word. A verbal “lapse” most unusual for him. Very concerning, especially considering how often the President has visited Afghanistan in the past two decades. “Surprising.” Very surprising. Right. I know that these people have eyes, and ears, and brains. They know that this isn’t “surprising” for the President in any way. So they’re either fully deluded, as far gone as a MAGA lifer, or they’re willfully deceiving their millions of readers all over the world. This is to say nothing of the bagmen and women on television.

This has consequences: “not enough” people are getting vaccinated, and it’s not just because of historical targeting of minority communities with medical treatments and experiments against their will. Tuskegee, Haiti, colonized Africa: these are not mainstream topics of discussion in American life. Or maybe they are, who knows, the Internet is crazy. But you’re kidding yourself if you think the insanity, smugness, and blatant deceit of the media in every direction hasn’t had a measurable effect on our current chaos. I can’t blame the “mass” of unvaccinated who have their reasons—who left us to fight like crabs in a barrel? World’s masters, as always. Let’s look up, at them. Pinch.