Pulling victory from the jaws of defeat in Afghanistan means doubling down on the messaging. 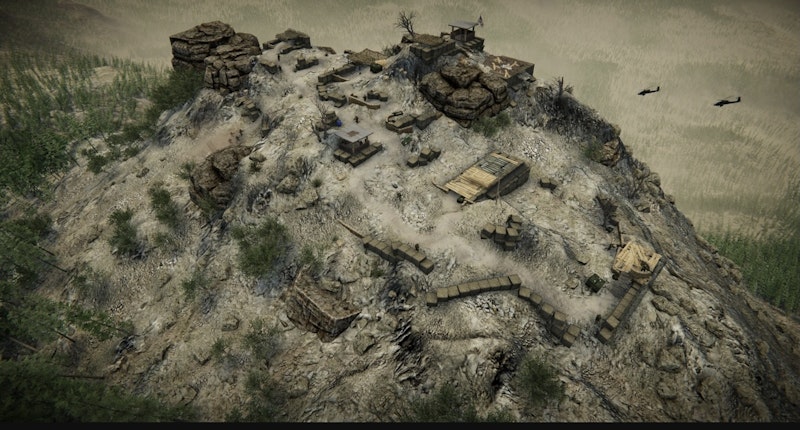 It seems like yesterday, but it's been 60 years since the appearance of my book Controlling the Narrative: Winning Wars by Telling Stories. Critics found it particularly impressive that the work was published when the author was still a toddler.

It has been called "the most influential book of the twentieth century," and a number of US administrations have tried to conduct themselves by its clear and inspiring guidelines. It set the strategy for the wars in Vietnam and Afghanistan, for example, and has been used as a rulebook by everyone from the Centers for Disease Control to the Drug Enforcement Administration, from prestigious think tanks to the faculty at the Kennedy School of Government, from pundits to political consultants (who are the very same people), from Andrew to Chris Cuomo.

Whereas Adam Smith and Karl Marx hinted that economics drives history, I urged in 1961 that it was "representations." History, I observed, is the story we tell ourselves. So let's get busy composing the history we want to live in, I urged. "Man is the messaging animal," I wrote, "the animal that messages." Human communication consists entirely of trying to get people to do what you want them to do. I knew that even, or especially, in pre-school.

We create our own reality, as David Brooks (admittedly plagiarizing my book) has so eloquently argued, or at least remarked. Or rather, we create each other’s reality, primarily by saying the same thing over and over. So let's relentlessly message victory.

I take it as something of a compliment that Controlling the Narrative is often compared to such classic guides to strategy as Sun Tzu's The Art of War, Clausewitz's On War, and Adolf Hitler's The Lion, the Witch, and the Wardrobe. Like Sun Tzu, I boiled down military strategy to a few fundamentals:

(2) No matter what you're doing or why you're doing it, remember to project that you’re fighting for freedom. Repeat variations on this ("liberated zones," "freedom fighters," "forces of democracy") until you believe it yourself. For if you believe it, and it polls, it's true. By the end, hunkered down in his bunker with a pistol to his head, Hitler kept forgetting to say that he was fighting for freedom. Look where that got him.

(3) The situation is never out of control until you say it is. Never say it is. That's how Charles I and Louis XVI lost their heads.

(4) Project your victory as inevitable, due to your great force of character and the shape of history itself, which has been spiraling inevitably toward your victory all this time. That's why Oprah always wins.

But I’m sorry to say that my classic book, despite its near-universal acceptance, has come in for some criticism over the decades. Shortly after it was published, the Pentagon used it as a guide for conducting the police action in Vietnam. They were messaging happily along just as I recommended, projecting enemy body counts that exceeded the population and victory in battle after battle, as the flower of American youth brought freedom to southeast Asia. Then the Pentagon Papers and video on the evening news seemed to reveal that our messaging consisted entirely of miserable lies. The good ole USA suffered a humiliating defeat.

Recently, the wretched denouement in Afghanistan has also fueled petty disagreement with Controlling the Narrative. It's maintained by some that we replaced military strategy with military messaging, the reality of reconstruction with a flimsy narrative thereof. It's said that "Reality has bitten the narrative in ass. Again."

But the right conclusion to draw from Afghanistan is that we didn't message hard enough. We let the narrative slip from our grasp. When Biden appeared on national television and described as "heart-wrenching" the scenes at the airport as people clung to and fell from airplanes, he gave the enemy what it wanted. He should’ve stuck to the great tradition of American messaging. The scene at the airport was an inspiring demonstration of Afghan people's aspiration for freedom, which is why we were called there in the first place. Fly, Afghans, fly.

What led to our defeat in Afghanistan is the same thing that has led to the convictions of so many criminals: we didn't stick to our story. So here's what I propose to message. We won that war, and the reason we did is that we're on the right side of history; it's because of what America "means." The Afghan people, as they tumble through the sky, are gesticulating in gratitude. P.S. That buzz you hear, the one that sounds like hornets? It's more of our invincible murder-drones baby, here to set you free.