Monica is an anti-vaxxer, and I’m losing my mind. 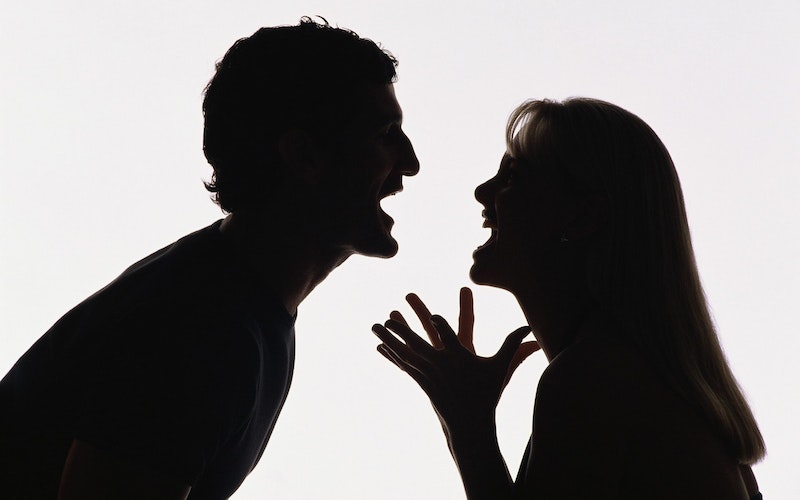 I got the vaccine. In April. I do believe that COVID-19 is real, and that it originated in China in late-2019, and then spread throughout the rest of the world in the early months of 2020. It’s not like I wasn’t here for all of that. So I find it a little weird that my wife won’t get the vaccine—any of them. I asked about Pfizer, which I got (it’s the sensible thing to do), and she said no. “Sheds proteins. Very bad for your skin and DNA.” I told her experts said it wasn’t only safe but effective. “What experts? Oh, all of a sudden you trust experts?” She gets fresh when we talk about the virus. I reminded her how many of our friends had succumbed to COVID-19, and how many of her relatives even had long COVID. “First of all, those aren’t our friends. Weren’t, sorry. Friends don’t die on you.” Maybe they had no choice, I said. “If you’re weak, you die,” she said, “and if you’re strong, you live. It’s pretty simple.” Who knew I was married to Ayn Rand?

I brought up Moderna, she said no again. “Who are these experts? And what the fuck is ‘long COVID’? Can you tell me what that is, Roo? Can you, honestly? Do you know what it is?” Tempted to spur claw her, I held firm. “‘Long COVID’ afflicts thousands of people, Monica—they’re debilitated by it.” She rolled her eyes and clucked. “Yeah, I think it’s a bunch of rich white women without any kids or they have kids but they hate them. And of course the husband isn’t fucking them, and they’re totally miserable because the void of their lives is confronting them and they’re putting up yard signs reminding everyone in the neighborhood how much they love water and black people…”

I usually tune my wife out when she goes on her rants, but I had to make sure she got the fucking stupid vaccine or else we wouldn’t be able to visit Barack (a friend) in San Pedro next week. Not the former president. It’s not exactly an uncommon name. Anyway, I suggested Johnson and Johnson—I know it’s been recalled, I don’t care, I bought 50 of them and they’ve been sitting in my freezer for a couple of years, I mean months. “Roo, I don’t trust any of them. I’m not getting the jab. My sisters in ops aren’t, either.” I reminded her of the military’s upcoming vaccine mandate. She rolled her eyes again. Why?

“You are so DUMB sometimes!” She started pacing around the room, scratching up the cabin floor as she cued up her various YouTube shows (Monica’s morning routine changes every week and I’m really not liking the Joe Rogan phase), talking to me all the while like the condescending bitch she is. Or can be. Sometimes. Like then. And now, even as she’s sleeping. I can’t get inside wife’s head but I know she’s a bitch in her dreams, too. And bitchin’, of course. I mean, that’s my wife. Don’t fucking say anything or touch her or I annihilate you with a ball peen hammer over the course of seven days and seven nights and I will make it look justified. Because it is. STOP TALKING ABOUT MY WIFE!

I know the socially responsible thing to do is jab my wife in the middle of the night as she’s sleeping. Then she’s none the wiser, safer than before, and if she decides to get the vaccine on her own, all the better: the CDC has confirmed that talking multiple versions of the vaccine actually increases your immunity to the virus. Which is pretty awesome. I’ve already had four of each, and I can’t wait for our Lambda boosters. Have you gotten your Delta booster yet? I know it’s not “officially” confirmed, but you can sweet talk a pharmacist into giving you a taste. It’s nice—headier than the first version, less of a body high.

Nevertheless, I think I’ll wait to vaccinate my wife without her consent while she’s unconscious. I mean, I respect women. That’s kind of what I do for a living. I’m married, after all—and marriage is a compromise. When Monica wanted to ride rollercoasters for three hours at Hershey Park, I didn’t complain (externally). When Monica wanted to go skydiving, I allowed it (and watched her fly with my heart in my beak). And when she flew us over Rio in a Blackhawk helicopter, I was pretty into it, actually. But this is a matter of public health, and even if my wife doesn’t want the vaccine, she needs it, and she’s going to get it, whether she knows it or not.