What will become of Afghanistan's women? 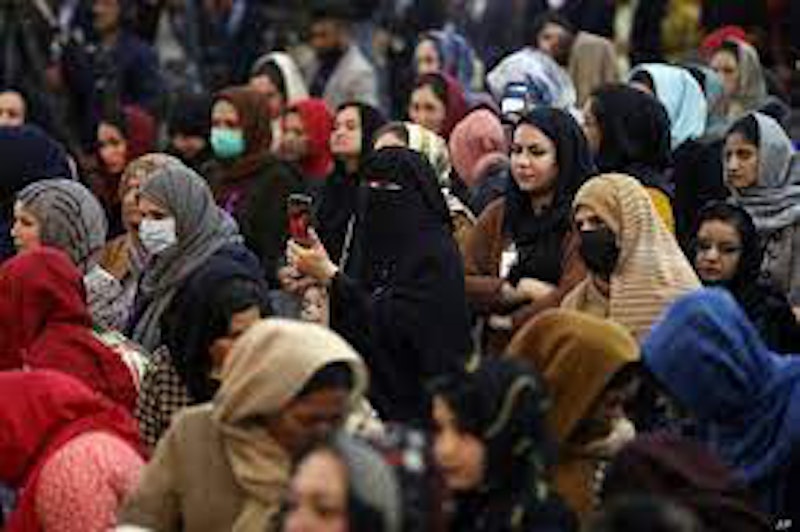 As the Taliban has retaken Afghanistan, there’s been a quiet, but persistent, question of what will become of the nation’s women. Prior to the US invasion, the Taliban’s short reign was a nightmare that left females in a permanent state of house arrest. On the few occasions women were allowed to step out, they were forced to be covered from head to toe to fingertip in burqas, and could only gaze out at the world through mesh. In addition to hunting down the mastermind behind the 9/11 attacks, liberating the women of Afghanistan was viewed as a legitimate priority. Some would argue that it would be the cornerstone of America’s rationale for nation-building.

One such argument comes from Rafia Zakaria, writing in The Nation [https://www.thenation.com/article/world/white-feminists-wanted-to-invade] that “white feminism” is to blame for the invasion. Taking the view that contemporary Western feminism has too much in common with the missionary colonialists of generations past, the attempt at liberating Afghan women was doomed from the start. Zakaria is most specific when describing what she calls white feminism: “meaning that it refuses to consider the role that whiteness and racial privilege play in universalizing white feminist concerns, agendas, and beliefs as those of all feminism and all feminists. Of course, not all feminists who are white are white feminists. No matter the person’s skin color and gender, advocating for an anti-racist, anti-capitalist feminism is a threat to white feminism.”

The most compelling argument is about how humanitarian aid funds were used: “The aid economy meant that Afghan women activists abandoned their own programs and rushed to American ones.” Zakaria suggests this also led women away from working on more “culturally relevant goals.” Unfortunately, she fails to be specific about those goals. She goes into greater detail about the funds being unaccounted for after a 2016 audit, but implies that a lack of American oversight is somehow responsible for Afghan corruption.

Much of the venom is directed toward the Feminist Majority Foundation, which Zakaria argues was patronizing, turning the plight of Afghan women into another charitable hobby for Hollywood elites. After 9/11, The Foundation lobbied the State Department and then-First Lady Laura Bush for military engagement, while ignoring the Revolutionary Association of the Women of Afghanistan, which opposed the US presence: “Afghan feminists never asked for Meryl Streep’s help—let alone US air strikes.”

Zakaria offers no examples as to what Afghan feminists were doing that would’ve been a viable alternative to a military-backed humanitarianism in a nation run by militants. She lists everything she believes the Americans got wrong, yet direct criticism of military and diplomatic strategy is absent. It’s a shame, because there’s a relationship within all of it.

The initial impression of Zakaria’s piece is that she’s suggesting the war in Afghanistan would never have happened if white feminists hadn’t instigated it. It’s a hard sell, and while she makes a couple of interesting arguments, it’s difficult to buy given the broader context of the 9/11 attacks. Characterizing the American desire to liberate Afghan women from the Taliban as a pet project for the Hollywood charity set also downplays the nature of the oppressive regime. The few women who were able to speak with outside reporters spoke of wanting their professional, pre-Taliban lives back, to educate their daughters, to have the same freedom of movement and wardrobe choices they had before. The Taliban was so trigger-happy that it turned a sports stadium into a coliseum for public executions. In that environment, it’s difficult to see how far grass roots activism could go without international backing.

In hindsight, a more direct, minimalist approach at apprehending Osama bin Laden and Al-Qaeda may have been better for both Afghanistan and the US. In addition, diplomacy became more militarized under both the Bush and Obama administrations. Going forward, there’s a lot of reasonable fear over the fate of Afghan women. The Taliban’s story is one of cruelty and the most extreme misogyny in human history, and they wrote it themselves.

Machiavelli once said that the most dangerous time for the military is just after victory because of the arrogance and complacency it breeds. After the surprisingly easy win of Operation Desert Storm, the pointed strategy of booting the invading Iraqi army out of Kuwait was overlooked in favor of a prolonged self-congratulations of American might. It didn’t take much to forget the lessons of Vietnam. I fear that we will similarly forget the lessons of Afghanistan.