The audacity of cravenness. 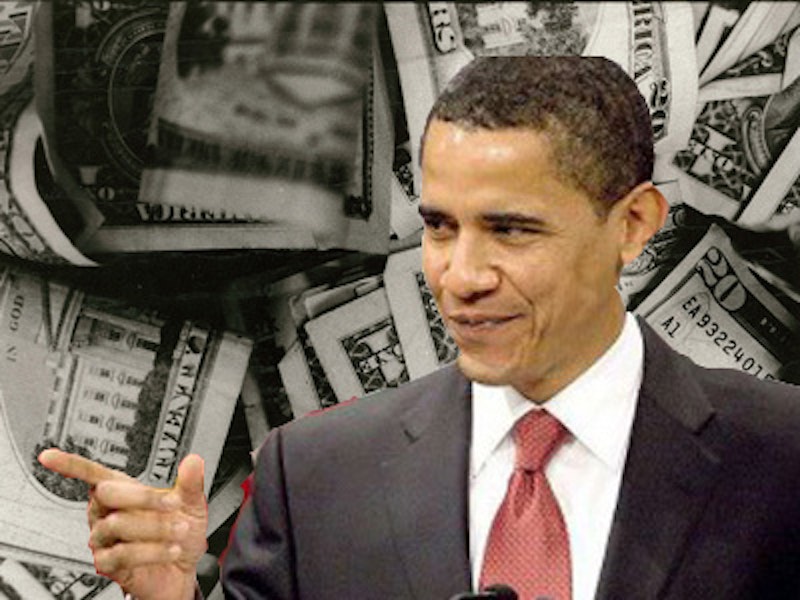 I read Andrew Sullivan's blog fairly regularly, and from what I glean there, the general pro-Obama pitch runs something like the following. Yes, the economy sucks and unemployment is high, but this is mainly the fault of the financial wreck that occurred on George W. Bush's watch, and on the subsequent intransigence of Congressional Republicans, who have killed recovery measures because they want people to be miserable and Obama to fail. Obama has done what he could, and should not be blamed for the very tepid recovery. In any case, if elected, his Republican opponents will only make things worse, not better (perhaps, for example, by involving us in even more wars.)

I don't categorically reject this view. I plan to vote for Obama. I think that Romney/Ryan would make things worse. And I think that Republicans in Congress have effectively blocked further recovery efforts—in part out of stupidity, and probably, in some cases, out of a cynical partisanship indistinguishable from cruelty.

But it's too easy to let Obama off the hook here. In that regard, reading through Nobel-Prize-winning economist Joseph Stiglitz's recent book The Price of Inequality is a useful corrective.

Stiglitz says little about Obama directly. His book is, like the title says, about our country's growing gap between rich and poor. The massive power of the wealthy, particularly of the financial sector, gives them the ability to essentially buy politicians, rewriting the rules of the economy so that even more money is transferred from the bottom to the top, giving the rich more power, in an endless, depressing cycle.

Stiglitz discusses many examples of this phenomenon. One of the most glaring involves banks' failure to keep proper paperwork on loans during the mortgage bubble. When the loans began to fail, the banks did not have proper records of who owed what. Rather than going back and sorting out the problems, which would have cost money, the banks began to simply automatically sign legal affidavits for foreclosures. In other words, they were systematically lying to the court. In some cases, this organized perjury resulted in people who did not owe money losing their homes. Despite such massive, incontestable wrongdoing, Stiglitz says, "Neither Attorney General Eric Holder nor any of the other U.S. district attorneys have brought suits for foreclosure fraud." The banks simply negotiate fines, part of the price of doing business, and in some cases less than the profits they obtained from their fraud. If there had not been a public outcry, there probably wouldn't even be fines.

None of this is particularly startling; our system of government has long catered to the wealthy, even if that is (Stiglitz argues convincingly) more egregious than it once was. Certainly, I don't think Obama is any more beholden to the wealthy than George W. Bush.

But Bush didn't exactly promise that he was going to care about anybody but the very rich. Obama, on the other hand, came into office promising hope and change. The exact content of that hope and change was, as these things are, somewhat ambiguous. Certainly, though, the thousands and thousands of new voters who pulled the lever for him did so because they thought he would work for them, not for the banks. As Stiglitz argues, one of the reasons for the embarrassingly low voter turnout in the US is the extent to which the government is captured by the wealthy. People feel that their vote doesn't matter. Obama convinced them that it did.

And then he betrayed them. It's true that the President's power in our system is limited, and that Obama might have, for example, passed a bigger stimulus plan if he had been able to. But it's also true that, whenever Obama has had to choose between the gargantuan financial industry and the little people who believed in him, he has gone with the gargantuan financial industry. His administration included people (like Tim Geithner) who helped guide the US into its current mess, and, true to form, they have worked hard to bail out the banks, and done little to help those at the bottom who got stuck with onerous mortgages and underwater homes. Indeed, in the case of the bank's fraudulent paperwork, Stiglitz points out that the Obama administration "actually fought against attempts" by Massachusetts to prosecute the banks.

Obama even retained Ben Bernanke as the chair of the Federal Reserve in 2009. This is the Fed chairman who allowed the worst financial bubble, and the worst financial collapse, since the Great Depression. I could have done a better job at the Fed than Bernanke. Or at least, I am confident that I could have wrecked the global financial system just as well as he did. As Stiglitz points out, the bubble could have been diminished if the central bank had simply required banks to get higher down payments on mortgages. Bernanke didn't do that, though, because he is ideologically committed to keeping his lips planted firmly on the financial elites' collective ass. Despite his catastrophic failure, this has endeared him to those he serves. So there he squats upon our monetary supply, keeping inflation low so bonds don't lose their value and refusing to even pretend to give a crap about unemployment… a big fat example of change you can believe in.

Even in areas where Obama could have unilaterally bucked the banks—by refusing to reappoint a confirmed failure like Bernanke, or at least not standing in the way of local efforts to prosecute bankers for fraud, or by restructuring mortgages held by the Federal government—Obama’s been AWOL. Thus, while the Tea Party may be a bunch of bitter loonies with incoherent policy prescriptions, their anger against Obama is not exactly misplaced. They think the government is destroying their freedom and wrecking their economic future—and the government, with its pals the bankers, is in fact destroying their freedom and wrecking their economic future. Obama gets out on the stump and talks about how he's fighting for the little guy, but there's precious little over the past four years that suggests he has much fight in him when it comes to his overlords, the financiers.

Romney would be even worse in this regard, so there's not much to do except shrug in despair and vote for the least atrocious option on the table. But there's no way around the fact that, despite some hopeful glimmers like the Affordable Care Act, this has been a grim, disappointing four years for our country. As Stiglitz writes in the last words of his book, "Four years ago there was a moment where most Americans had the audacity to hope. Trends more than a quarter of the century in the making might have been reversed. Instead, they have worsened. Today that hope is flickering."